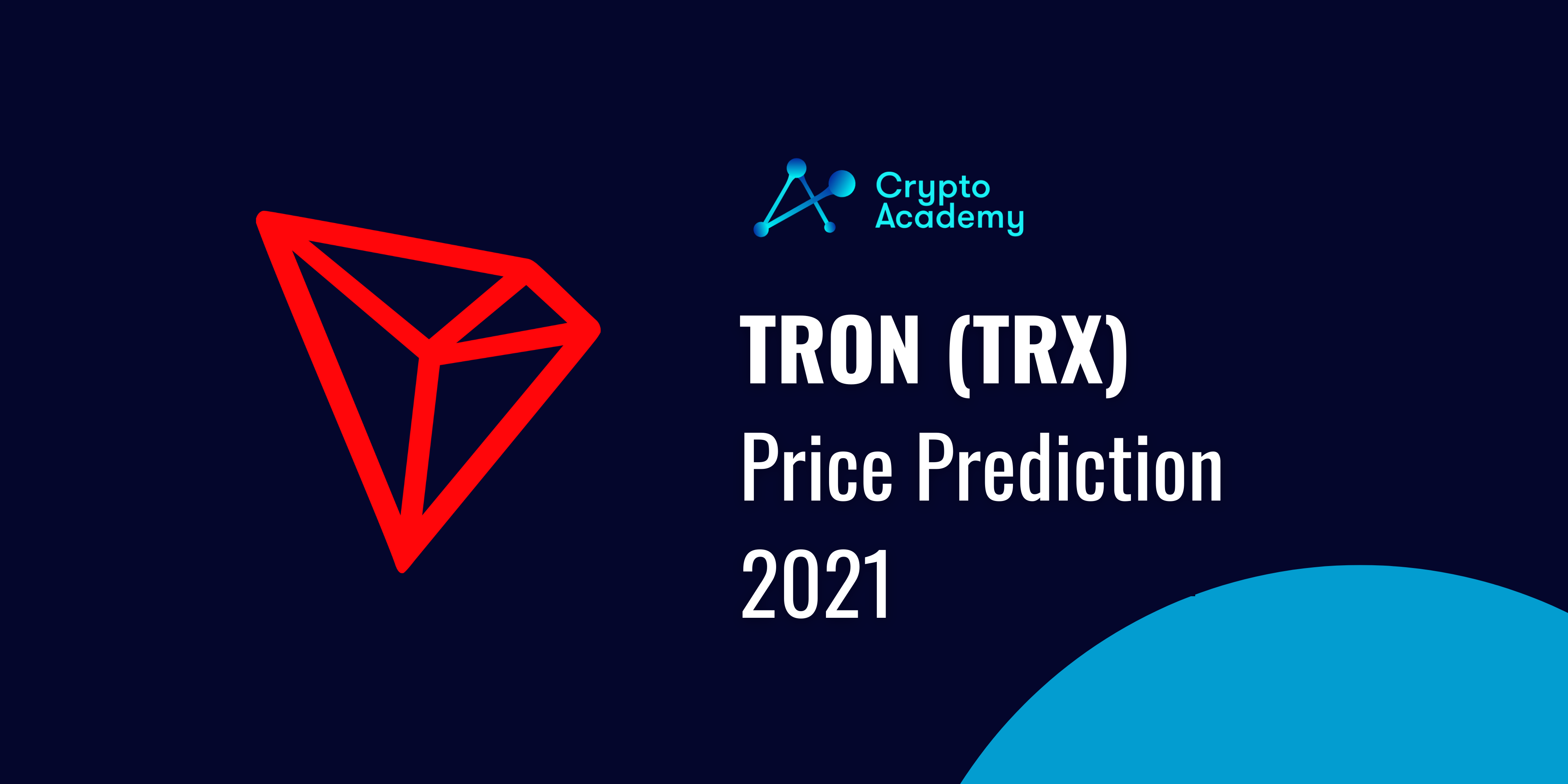 Update: December 8, 2021 – TRON is one of the most prominent cryptocurrencies. At the moment TRX Price is at $0.09 and it is expected to increase in the long run.

In this article, we are going to focus on all the main features of TRON and what gives it the value that it has today. Furthermore, once we do that, we can look at the potential price of TRON in the future.

TRON is a blockchain-based cryptocurrency that aims to become one of the best networks for providing daily services such as file sharing, launching personal tokens, gaming, etc. It was created by Justin Sun, who was a student at Peking University and the University of Pennsylvania. Before starting his work on TRON, Justin Sun was also involved with Ripple. With his expertise and entrepreneurial ability, Justin Sun was part of Forbes Asia’s 30 under 30 list.

TRON was founded in 2017 as a non-profit project. To fund this project, an initial coin offering (ICO) was held. In this ICO, a total of $70 million was raised, which was more than enough for launching TRON. The TRON mainnet was launched in June of 2018. Immediately after its release, TRON gained the interests of many investors, leading to a huge success in a matter of months. TRON has managed to stay in the top 20 market rankings a lot of times, and it also managed to hit the top 10 for a short while.

How Does TRON Work?

TRON users are required to temporarily lock some of their TRX tokens. This is done to get more bandwidth and energy. Without this bandwidth, users cannot do transactions or use other services in the TRON network. So the bandwidth points generated from the locked tokens are used for transactions. The use of smart contracts also drains some energy.

The on-chain governance that TRON promotes is one of the many factors that differentiate it from other cryptocurrencies.

Similar to Ethereum, TRON supports a wide range of token standards that serve different purposes. To illustrate, TRC-20, TRC-10, TRC-721 are some of the token standards supported in the TRON network.

Lastly, TRON has successfully integrated DeFi into its network. Using decentralized exchanges such as PoloniDEX and the JUST ecosystem, users can take advantage of all the decentralized financial services available. TRON also works with BitTorrent’s file-sharing system.

Now, let’s look at the tokenomics of TRON.

TRON has a limited supply of around 100.8 billion TRX. The circulating supply is around 71.66 billion TRX. In the token sale of 2017, 15.75 billion TRX was sold to private investors and another 40 billion to other public investors. Justin Sun’s company received 10 billion TRX, while the Tron Foundation got 34 billion TRX. Perhaps the only large criticism that TRON has received is this token allocation, where 55% was distributed to investors, and 45% to the TRON team.

Related: What are the Advantages Of TRON (TRX) Cryptocurrency?

According to CoinMarketCap, the TRX token debuted in the market in September of 2017 at $0.001. It climbed to $0.003 in just a matter of days, and it remained in that range until December of that year. Following the bullish trend that started late that year in the market, the price of TRX started increasing. By December 23rd, the price of TRX had reached $0.05.

The price pattern in 2019 was not very exciting for investors. Throughout the whole year, TRX ranged from $0.01 to $0.03. Only day traders managed to make decent profits from trading TRX during that year.

The BTC halving that occurred in 2020 caused a bullish trend in the market during the first half of 2021. TRX started the year at around $0.03, and its price started to slowly increase in the following months. In April of this year, TRX managed to reach as high as $0.18, which marked a 360% increase. As of late July, TRX has an average price of $0.06.

Till the time of writing, the price of TRX did not manage to surpass its previous all-time high. However, that does not indicate that TRON might not re-enter the top 15 or even the top 10 list in the crypto market rankings. Several price factors suggest that TRON can increase to those heights again. Other experts also predict that this might be possible. Here is what some of them think:

WalletInvestor does not necessarily predict that TRON can increase at large rates in the short term. Nevertheless, they suggest that a 2x increase is quite possible in the remaining months of 2021. As for the longer term, they predict that the price of TRX can increase by more than 400%. 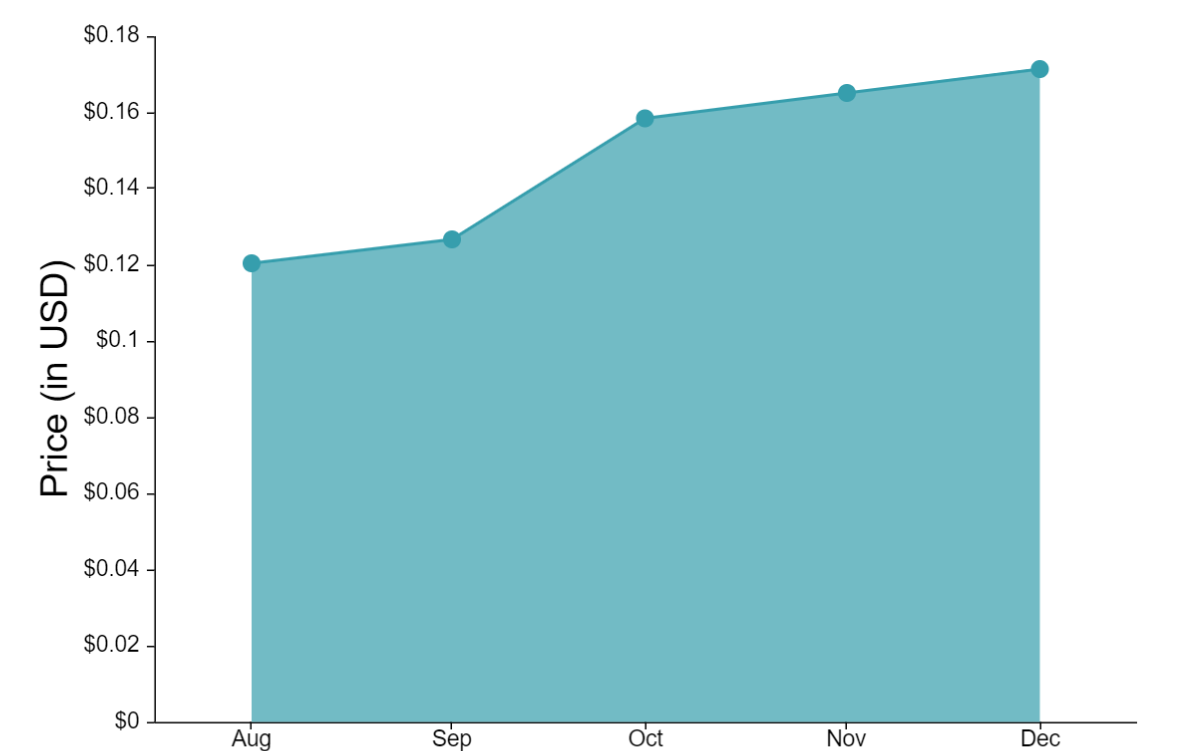 TRON (TRX) price prediction for the rest of 2021. Source: PrevisioniBitcoin.

YouTuber Crypto Addiction gives a summary of TRON and mentions some of the price factors that TRX has. He states that the partners that TRON has right now indicate stability and increase in both the short term and the long term. They predict that TRX can hit at least $0.55 by the end of this year.

Similar to that prediction, The Crypto Kingdom also gives an analysis on TRON as well as the support that it has to become one of the greatest cryptocurrencies in the market. He forecasts that TRX may even hit $10 in the long term because of the partnerships it has.

The core partners of TRON are Poloniex, Samsung, BitTorrent, Swisscom Blockchain, and Opera. These are some of the biggest companies and platforms in the world. The collaboration that TRON has with them aims to make the cryptocurrency even stronger than what it is today.

These and potential new partners can undoubtedly increase the usage of the TRON network, which can consequently increase the price of TRX. Furthermore, TRON’s sidechain projects such as DAppChain look to make TRON one of the best networks in terms of low energy consumption, fast speed, safety, etc.

When looking at TRON’s roadmap, there is still a long way to go until TRON finally achieves its ideal network. There are six main phases in the roadmap, where the first four have been completed. The first one was Exodus, which is involved in distributed data transfer. The second one was Odyssey, which involved financial incentives for content creators. The third one was Great Voyage, which involved an incubator for initial coin offerings (ICO). The fourth one was launched this year and it is named Apollo. This allows users to create their own tokens. These four phases have greatly increased the demand for TRX tokens and have turned TRON into the network that it is today.

Let’s not forget that TRON also has a limited supply that makes its price deflationary. As its supply gets scarcer, the price of TRX may increase. Due to all these reasons, including the fact that TRON is a high scalability cryptocurrency, we at Crypto Academy predict an increase in the price of TRX in the future.

If cryptocurrencies such as Bitcoin manage to make a comeback in the remaining months of this year, which is quite possible to happen, the likes of TRON can also increase. We predict that TRX can hit close to $0.25 by the end of the year.

In 2023, the price of TRX might be more stable, as at previous bullish runs when they ended. Despite that TRX might still average $0.60 in 2023.

In 2024, TRX can increase slightly up to $0.75, but it may remain at the same range because of all the uncertainty before the BTC halving.

The BTC halving of 2024 can cause another bullish trend at the beginning of 2025. If that occurs, TRX is most likely to increase as well. By that time, TRON is going to get even scarcer than it is now. Other things equal, TRON may range from $1.75 to $4 during the bullish run of 2025.

By 2026, cryptocurrencies might be even closer to replacing centralized financial institutions. Furthermore, TRON may implement the Star Trek phase earlier than anticipated (same as they did with Apollo). This phase can attract new investors and drive the price of TRX even higher. We predict that TRX might hit get close to $10 in the long run. 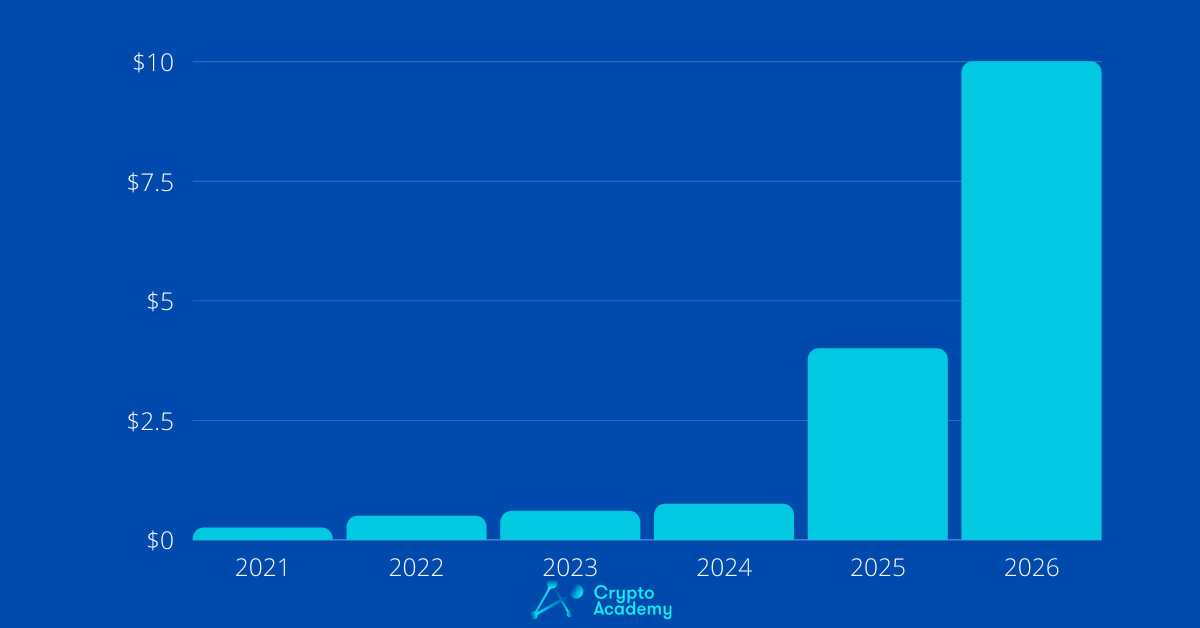 The first thing you need to do is open an account in a trusted cryptocurrency exchange. Some of the exchanges that support TRON are Poloniex, Bitfinex, Binance, etc. Then, you need to verify your accounts by providing documents that check out with your personal information (i.e. utility bills). You can check the top 9 crypto exchanges in 2021 by clicking here.

Next, you need to deposit funds in the account that you opened by using a debit card, credit card, or other payment methods depending on the exchange that you use.

Once you deposit your funds, you can select TRON, determine the amount of TRX you want to buy, and simply press “BUY” to acquire your tokens.

Read more: How To Buy Cryptocurrency? – A Step-By-Step Guide

How to Store TRON?

Is TRX a good investment?

Yes, TRON is generally a good investment because its price is predicted to increase, and it is very efficient for developers to launch their projects in it.

Can TRON’s price ever reach $1?

Since TRON has a limited supply and it has partnered with some of the biggest companies in the world, it can easily reach $1 in the long run.

Yes, the price of TRX can increase since its supply is limited and new updates are planned that can make the TRON network even better.

Litecoin Price Prediction 2021 and for the Next 5 years – Is LTC Worth Investing in?

BitTorrent (BTT) Price Prediction 2021 and Beyond – Is BTT a Good Investment?