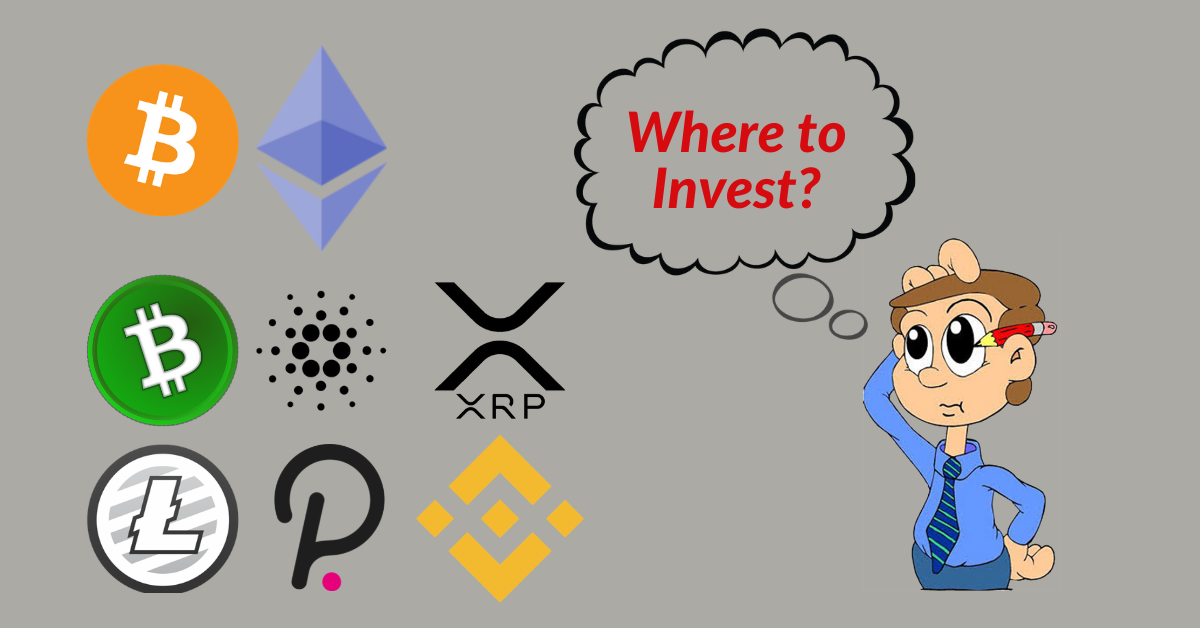 Looking to invest in crypto? These are the 8 cryptocurrencies in which you can invest in 2021

In reality, the crypto-market continuously moves pretty fast and almost most of us have to worry about life inconveniences, such as the time-consuming deliverables of working or being a college student and specifically steering clear of an odd pandemic. All these leave a bit of a conundrum when it comes to dedicating time and effort for the crypto research necessary regarding your decision on smart market moves and investments. Therefore, we have provided a breakdown of the top 8 cryptocurrencies to invest in in 2021, to help you figure out where to begin with your investment.

It’s relatively easy to understand why Bitcoin is always at the top of any list considering it’s the first cryptocurrency, launched in 2009. During its history Bitcoin has had many ups and downs and it is very volatile by nature. In 2017 Bitcoin had reached around $20k and then lost 65% of its value from January to February in 2018. This is the reason why many critics and analysts have stated that Bitcoin is not worthy of a long-term investment, however, it remains to be higher than any other investment option regarding price, market cap, and volume. Additionally, Bitcoin represents 40% of the crypto market cap, even though thousands of other cryptocurrencies exist.

We may see a myriad of companies selling their service or products directly without the usual currency, but through Bitcoin instead. And this has been the case where for instance, Tesla has invested $1.5 billion in Bitcoin and has been carrying out purchases where people can buy vehicles with Bitcoin. Square, a payment company has also invested at an aggregate purchase price of $170 million. Additionally, MicroStrategy, a business intelligence company has also invested a whopping $2.3 billion in Bitcoin.

The takeaway from Bitcoin is that it is being considered as a digital gold; we might not use it day-to-day but we could store our assets for the future and it is also finite so it is limited in supply, that’s why it serves as an attraction to investors and institutions.

Ethereum represents a more unique side of cryptocurrencies where its assets are used for multipurpose reasons. It is open-source, blockchain-based software also decentralized similar to Bitcoin. Its native token is called “Ether”.

It has been predicted by James Torado, a managing partner in Blocktown Capital that Ethereum may sustain an increase by $9000 in 2021. Transaction times with Ethereum are relatively faster than other cryptocurrencies, such as Bitcoin and it provides easy access to numerous decentralized applications called dApps, which enables developers to create numerous tools.

Pretty high on the list of cryptocurrencies we can find Binance Coin, a cryptocurrency that offers many options including discounts for buyers in their Binance cryptocurrency exchange. This makes Binance Coin attractive for investors because it possesses a platform that can facilitate sufficed trading of crypto and other currencies or assets. For instance, Binance Coin can be sufficiently used for traveling, flights, and hotels! BNB uses approximately 20% of its earnings for a process called quarterly BNB burning. 100 million Binance Coins get destroyed, multiple times noted as a “Binance burn”, to make sure that the supply of Binance Coin is limited therefore more attractive to buyers and valuable.

Binance Coin through its Binance chain platform allows several options to trade any type of asset and payments with discounts; however, some security issues do pose potential risks due to less regulation and being not entirely built by a company.

Ripple is characterized by its 3 main benefits, day-to-day payment with quick and much cheaper transactions than other cryptocurrencies. Ripple is mainly used by banks and it possesses the ability to change its form to other currencies or other assets that are deemed valuable by the network. The crucial aspect to think about when deciding where to invest, regarding the issue of Ripple vs Bitcoin is mainly that the Ripple system scores way higher for lower processing times and lower transaction fees compared to Bitcoin and most cryptocurrencies. Meanwhile, Bitcoin is entirely widespread. Ripple is also owned by a private company, although it is noted to be decentralized. The Ripple developers are responsible for deciding how much XRP is being shared and how much are not being released.

A lot of investors opt to choose cryptocurrencies with a smaller footprint since, for instance, a transaction requires less energy to be completed. The Cardano network fits that description perfectly since their transactions are cheaper and faster compared to their big competitors such as Bitcoin. Cardano has been quite hyped in 2021 and many crypto fans consider it as the Etherium-killer. With low transaction costs and a strong development team, Cardano has proved to be a promising cryptocurrency to invest in throughout 2021. Unfortunately, competing against larger cryptocurrencies with better networks is extremely hard since most investors will prefer something more established and with high adoption rates.

Investors have started to pay attention to Polkadot as it is seen as more interactive. With the ability to link blockchains to the Polkadot system and even create new ones, many developers have taken an interest in this relatively new cryptocurrency. Polkadot’s main focus was to reward genuine investors and separate them from investors who are simply looking to make fast money through trading on the stock market. Investors who are actively involved with Polkadot have the benefit of also being involved with decisions such as network fees and upgrades, as well as removing or establishing parachains. 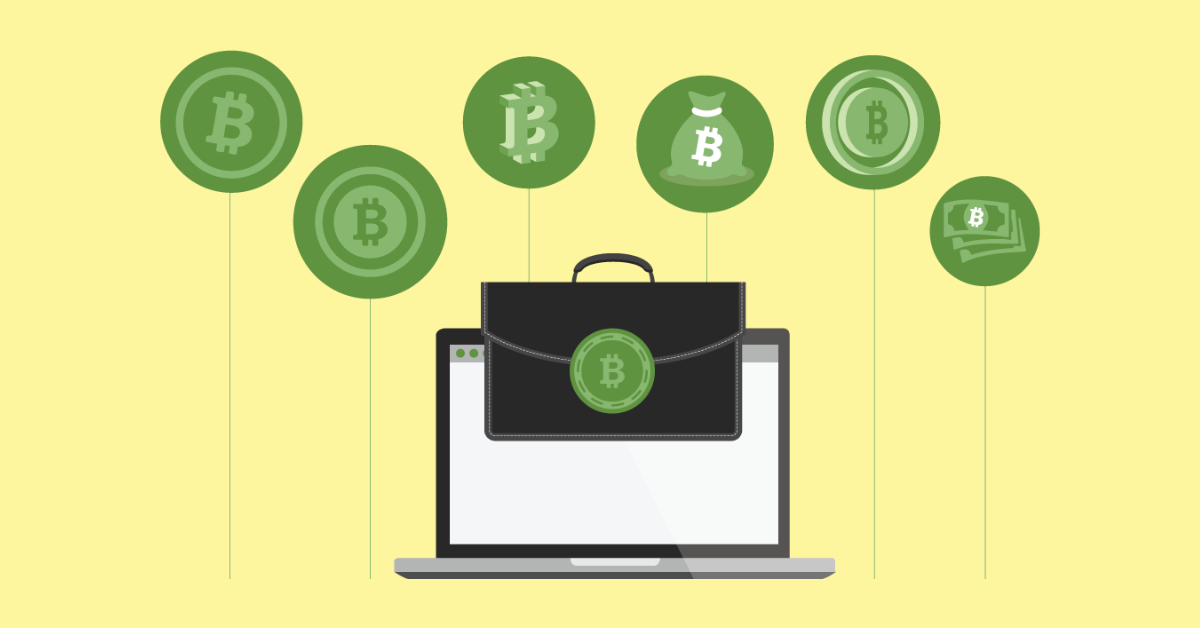 Litecoin was established in 2011 and is one of the oldest clones of Bitcoin. Since it started trading close to when Bitcoin did, it has become established crypto. Litecoin’s main advantages are the speed and efficiency of the transactions, as well as, having a wider initial coin distribution than its intended competitor Bitcoin. It is worth mentioning that Litecoin was the first to complete a Lightning Network transaction back in 2017. If Litecoin keeps focusing on faster transactions through expanding its use of Lighting Network, its value could increase drastically. As of now, Litecoin and other similar currencies are closely tied to Bitcoin, thus their value is predicted to fluctuate similarly but not to the same extent as Bitcoin. If you are an investor that dislikes such volatility, it might be smart to choose another crypto to invest in.

At the top of the list of cryptocurrencies to invest in in 2021 stands; Bitcoin, Ethereum, Binance Coin, Ripple, Cardano, Polkadot, Bitcoin Cash, and Litecoin.

Therefore, all these factors that characterize one or the other cryptocurrency, should influence the further decisions on which cryptos to invest in 2021. In general, we see a good upbringing of the above-mentioned cryptocurrencies, and analysts have predicted an increase in prices overall considering the bull run we are going through.

Finally, each investor should focus on which “ability” stated above they are looking for and pick the cryptocurrency that fits best on those characteristics, as well as considering whether they are willing to risk investment regarding volatility and potential proposed risks.

Akita Inu (AKITA) Price Prediction 2021 and Beyond – Is AKITA a Good Investment?

The Graph Price Prediction 2021 and Beyond – Is GRT a Good Investment?