Litecoin Price Prediction 2021 and for the Next 5 years – Is LTC Worth Investing in? 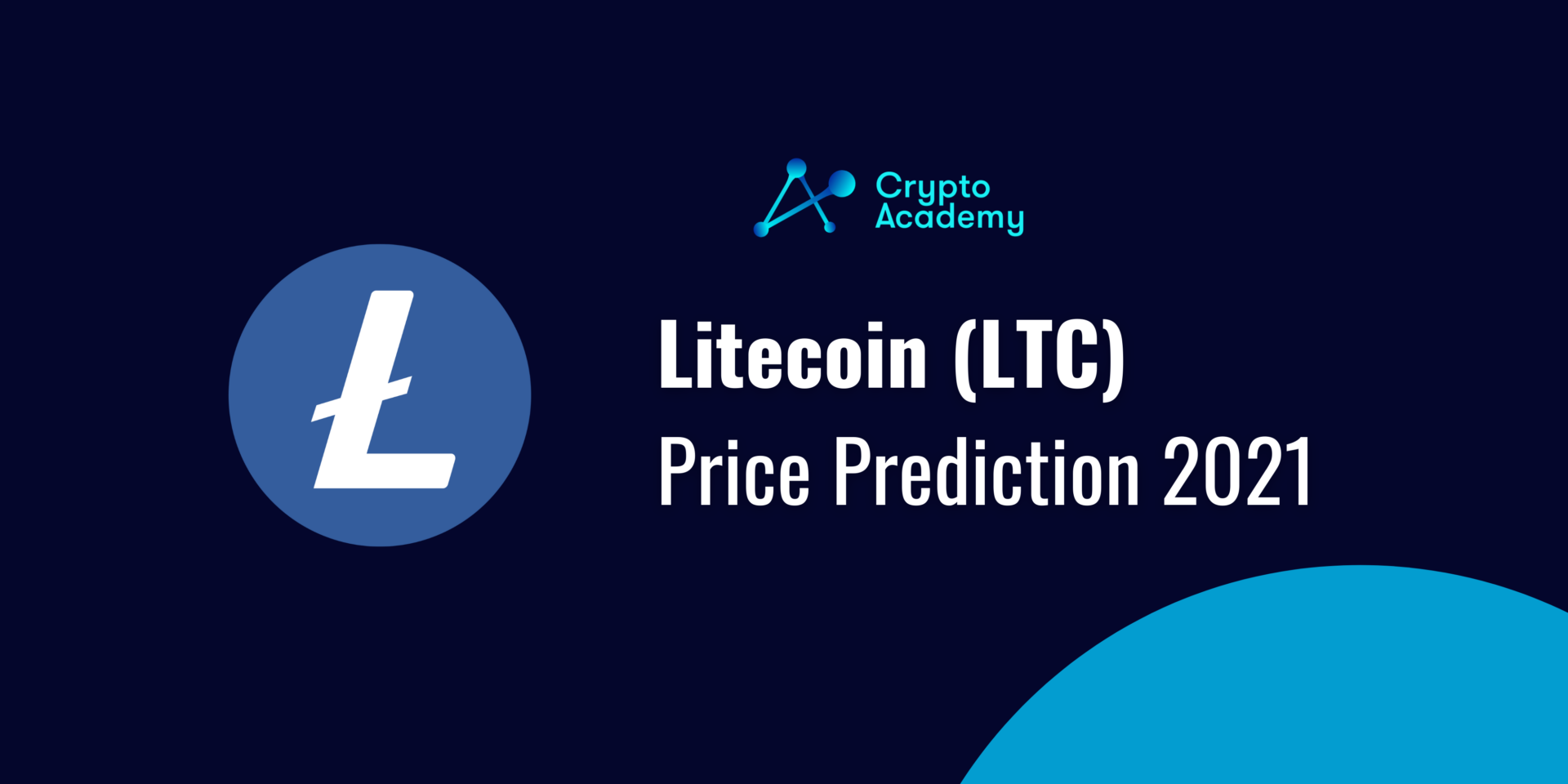 Update: December 8, 2021 – Litecoin is one of the oldest cryptocurrencies to exist. 2021 has been an incredible year for Litecoin which reached an all-time high of $412 back on May 10. LTC Price is expected to increase in the long run.

Since Bitcoin is usually referred to as digital gold, Litecoin is mostly viewed as digital silver. The latter has been by far one of the most successful cryptocurrencies up to date, entering the top 10 crypto market rankings several times. In this article, we are going to focus on the key features of Litecoin, its future, and much more. Let’s begin with some brief information about this altcoin.

Litecoin (LTC) is one of the first cryptocurrencies that has had success after Bitcoin. Since Bitcoin was claimed to play the role of digital gold, Litecoin introduced itself as digital silver. Initially released on GitHub in October of 2011, it got wide attention from crypto enthusiasts. Unlike Bitcoin, Litecoin’s creator is not anonymous. Charlie Lee, a computer scientist who goes by the nickname of Chocobo, created Litecoin by using the fundamental technology of Bitcoin. However, as the name suggests, Litecoin would be a “light” version of Bitcoin.

Before his involvement on Litecoin, Lee was a software engineer for Google. After that, he was involved in other projects such as Coinbase. He had enough expertise to create a sophisticated project such as Litecoin, and he is well respected by the crypto community. Today, he leads the Litecoin Foundation that co-works with Litecoin Core Development – the two entities behind Litecoin. Besides Lee, the likes of Xinxi Wang, Alan Austin, and Zing Yang are other members of the Litecoin Foundation board.

How Does Litecoin Work?

As suggested, Litecoin is very similar to Bitcoin in a lot of aspects because it has the fundamentals of Bitcoin’s technology. To illustrate, both Bitcoin and Litecoin use Proof-of-Work (PoW) as a consensus mechanism. A PoW mechanism means that nodes in the network compete with one another to verify transactions conducted in the network. The node that is responsible for verifying the transaction is awarded free tokens as compensation for the energy costs required in this process, which is also known as mining. The higher the computational power of the node, the higher the probability of successfully mining LTC tokens.

Another similarity is the halving process that both Bitcoin and Litecoin have. Approximately every four years, the mining block reward is halved at both networks in order to promote an inflation-free price. This also makes the mining process much more difficult, causing an increase in the price of the two since they become scarcer. The current mining block reward of Bitcoin is 6.25 BTC, while the current mining block of Litecoin is 12.5 LTC. The next LTC halving is planned to occur in August of 2023, and the last LTC block is expected to be mined in the year 2142.

Despite key similarities, there are also distinctions between Bitcoin and Litecoin. For instance, Bitcoin uses the Secure Hash Algorithm (SHA-256), while Litecoin uses the Scrypt algorithm.

Moreover, the Litecoin network processes a block every 2.5 minutes, which is four times faster than Bitcoin’s 10 minutes per block. This feature makes Litecoin much more efficient in terms of conducting and verifying transactions. This is why many businesses prefer Litecoin because it is better in micropayments.

Another key feature that Litecoin has recently implemented is the Mimblewimble technology that is used by privacy coins. Mimblewimble is a system that obscures transaction information and makes it totally private, where the addresses are kept anonymous.

Perhaps the biggest distinction between Litecoin and Bitcoin is in tokenomics. Bitcoin has a limited supply of 21 million BTC, where around 18.8 million BTC are already in circulation. Litecoin, on the other hand, has a limited supply of 84 million LTC. The circulating supply as of July 2021 is around 66.7 million LTC. Being four times bigger in supply and faster in block time than Bitcoin, Litecoin has been a solid competitor in the market. Even though it has not managed to reach the heights of Bitcoin, it has played the role of digital silver quite well.

Related: What are the Advantages of Litecoin (LTC) Cryptocurrency?

According to CoinMarketCap, the LTC token was launched in May of 2013 at a price of $3.30. The price remained below $3 for the majority of the year. In November, however, the price was bullish and started increasing massively. It reached as high as $44.73 in December, but it then started declining again.

At the beginning of 2014, the price was around $25. The price was bearish throughout the year, as it went below $5 in the last two quarters of the year.

Hitting as low as $1.10 at the beginning of 2015, the price increased back to $7.5 in July. However, it declined again at around $3 in the remaining months of that year.

2017 was a little better compared to its previous years. LTC started the year at around $4.50 and began to steadily increase throughout the whole year. By September, the price had reached almost twice its previous all-time high, but then it dropped back to $50. Nonetheless, LTC had another bullish run by the end of the year, reaching as high as $358. This marked a 7800% increase in less than a year.

After each bullish run, a bearish one follows. Throughout 2018, the price of LTC slowly declined and went back to around $30 by December.

Because of all the uncertainty caused by the Coronavirus Pandemic, there were a lot of price fluctuations for Litecoin in 2020. In February, the price had reached as high as $82, only to drop to $30 in March. It remained in that range for the majority of the year, but it entered another bullish run by December, reaching as high as $130.

The price kept increasing in 2021, and it has reached an all-time high of $413 in May. Exceeding its previous record, Litecoin showed once again that it is capable of being on the top 10 market rankings in the long run. At the time of writing this, the price of LTC is around $140.

Litecoin has had quite a history so far, but its journey is far from over. When looking at the price factors of Litecoin, such as supply, influencers, support, and future plans, Litecoin may as well surpass its competitors and get closer to Bitcoin. Experts have different opinions about the future price of LTC.

Wallet Investor predicts a steady increase in the price of LTC. They predict that the short-run price increase might not necessarily generate traders large profits. However, when looking at the long term, LTC can grow by more than 200%.

While many might argue that there may not be any bullish runs in 2021, Previsioni Bitcoin suggests otherwise. A lot of projections indicate that Bitcoin may increase again in the remaining months of 2021. That alone can make the price of Litecoin start increasing again. Previsioni Bitcoin forecasts that LTC might make a comeback to as high as $365 by December of this year. They also predict that this run may continue in 2022, where Litecoin can surpass $600 for the first time in its history. 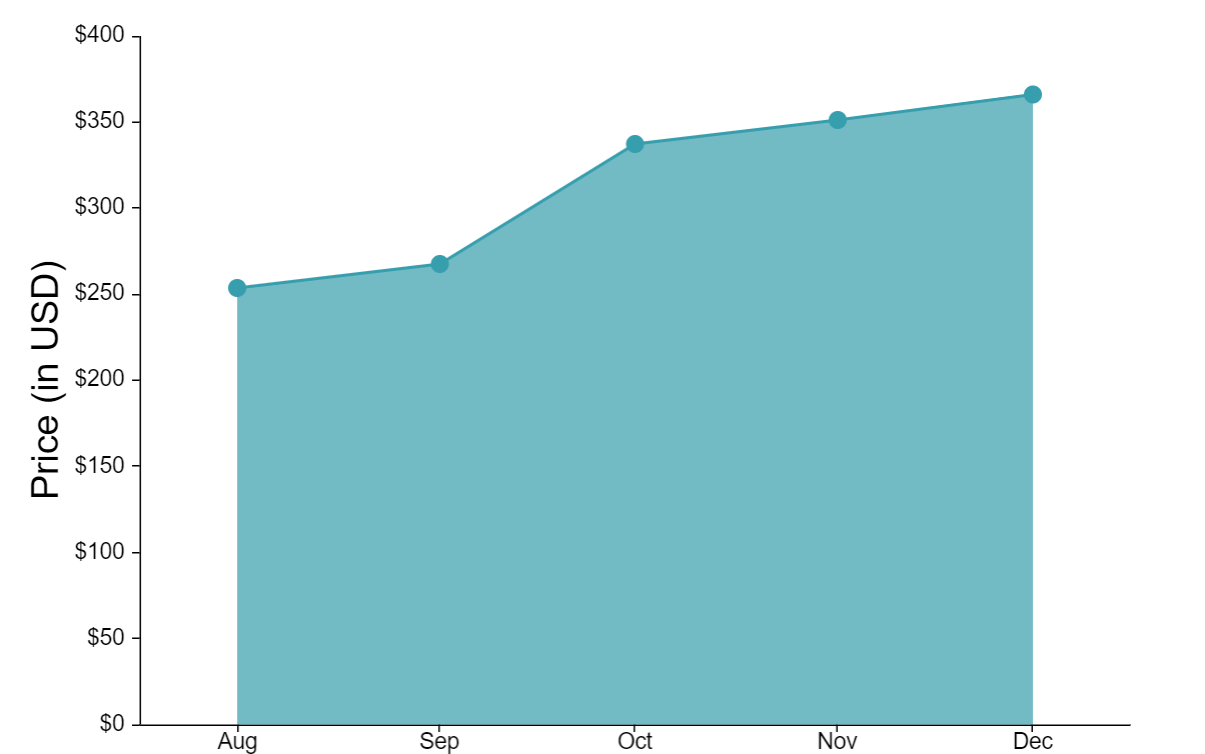 YouTuber Altcoin Daily also acknowledges the fact that the price of LTC is heavily influenced by Bitcoin. He predicts that if Bitcoin can go to $100,000 or even close to $200,000, Litecoin may easily increase 20x its current price of $140. That would mean a price close to $2,800. While this might seem too bullish, it is technically very possible. Let’s not forget that LTC used to be below $3 at one point, and it managed to surpass the $400 mark.

Even Coin Bureau suggests that Litecoin may increase if Bitcoin increases. Furthermore, he adds that LTC is far more favorable than other altcoins when it comes to tokenomics and their approach to newly launched systems (i.e. MimbleWimble). He predicts that LTC might hit at least $1,000 by the end of this run.

After looking carefully at various predictions and price factors that may influence the future price of Litecoin, we here at Crypto Academy predict an increase in the long-term price of LTC. To begin with, Litecoin has a limited supply that makes its price deflationary. Since Litecoin has added private transactions through MimbleWimble, it has attracted more investors that may likely increase the demand for LTC tokens. A decrease in supply and an increase in demand can undoubtedly increase the price of LTC. Here is our price prediction for the next five years:

If Bitcoin manages to make a comeback in 2021 as many experts have suggested it would, it is quite possible that LTC may increase as well. Since it is the silver to Bitcoin’s gold, these two are heavily correlated. Litecoin might end the year at a price of around $800.

In 2022, Litecoin could continue a bullish run and reach $1,000 for the first time. Litecoin has previously announced that there might be other projects such as MimbleWimble to be added in the future. Perhaps this can captivate more investors of crypto communities.

The next LTC halving event is planned to occur in 2023. There is always uncertainty before a halving event, but usually, investors hold (HODL) their tokens to see if the price may increase after halving occurs. In 2023, the price might be stable for the majority of the year, but it may start increasing by the end of the year close to $1,200.

The bullish run that may start in 2023 may continue at the beginning of 2024, going as high as $1,500. Then, the price might get stable again, judging from the previous bullish runs.

2025 might be one of the best years for Litecoin in this five-year cycle. The BTC halving that is planned to occur in 2024 is likely to cause another bullish trend in 2025. Similar to 2021, Litecoin may reach extraordinary highs and jump back in the top five crypto rankings. The price of LTC might range from $4,000 to $5,500.

By 2026, cryptocurrencies may play an even more important role in today’s world since they look to replace traditional payment methods. If that occurs and their popularity increases, the total market capitalization can be much higher than today’s market. Undoubtedly, the prices of the world’s most important cryptocurrencies may increase. 2026 might see LTC circulating at an average price of $6,500. 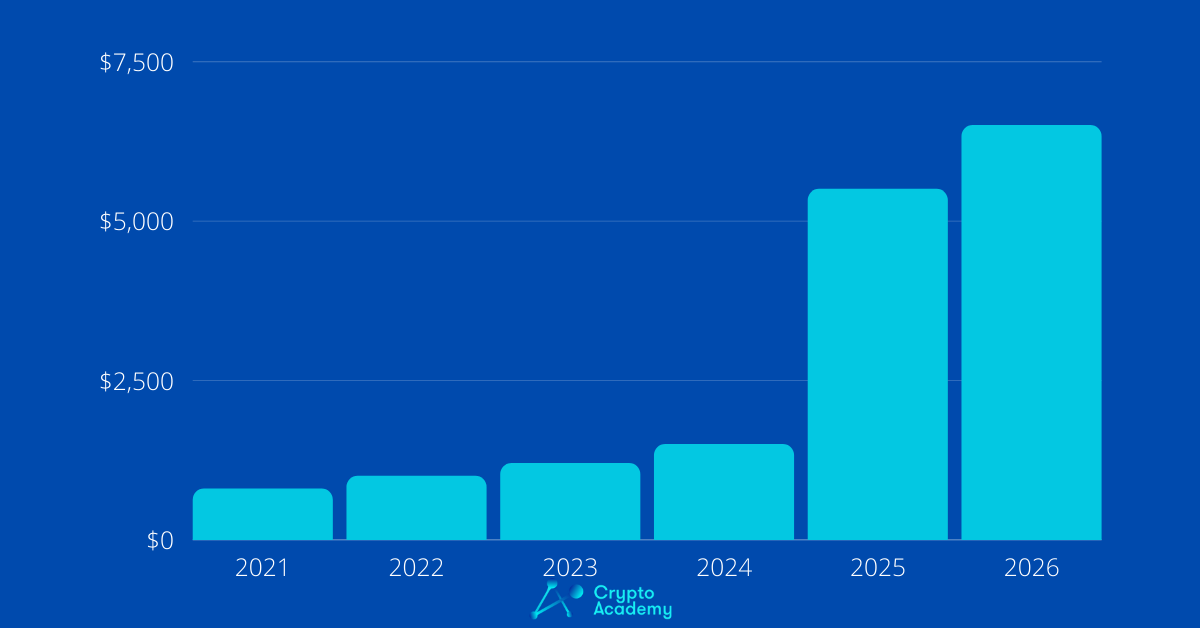 How To Buy Litecoin (LTC)?

The first thing you need to do for purchasing LTC is finding a good cryptocurrency exchange. Some examples are Binance, Coinbase, OKEx, Kraken, etc. once you pick one exchange that suits you, you should open your account and verify it.

Once you verify your account, you can deposit money in it through a credit or debit card. After doing that, you can choose any listed cryptocurrency in the exchange for buying it.

Lastly, all you need to do is choose the amount of LTC tokens you want to buy. Once you type the amount, you can simply press “BUY” and get your LTC tokens.

How to Store Litecoin?

Is LTC a good investment?

Since LTC has the potential to exceed its current price record, it might be a very good investment.

Yes, Litecoin can reach $1,000 since its supply may get scarcer and its demand increases.

The price of LTC is heavily influenced by BTC. If Bitcoin increases, Litecoin may easily increase as well.

THORChain (RUNE) Price Prediction – What are the Forecasts for the RUNE Price in 2021 and Beyond?

eCash aka Bitcoin Cash ABC (BCHA) Price Prediction 2021 and Beyond &#8211; Is BCH a Good Investment?