NEM (XEM) Price Prediction 2021 and Beyond – Is XEM a Good Investment? 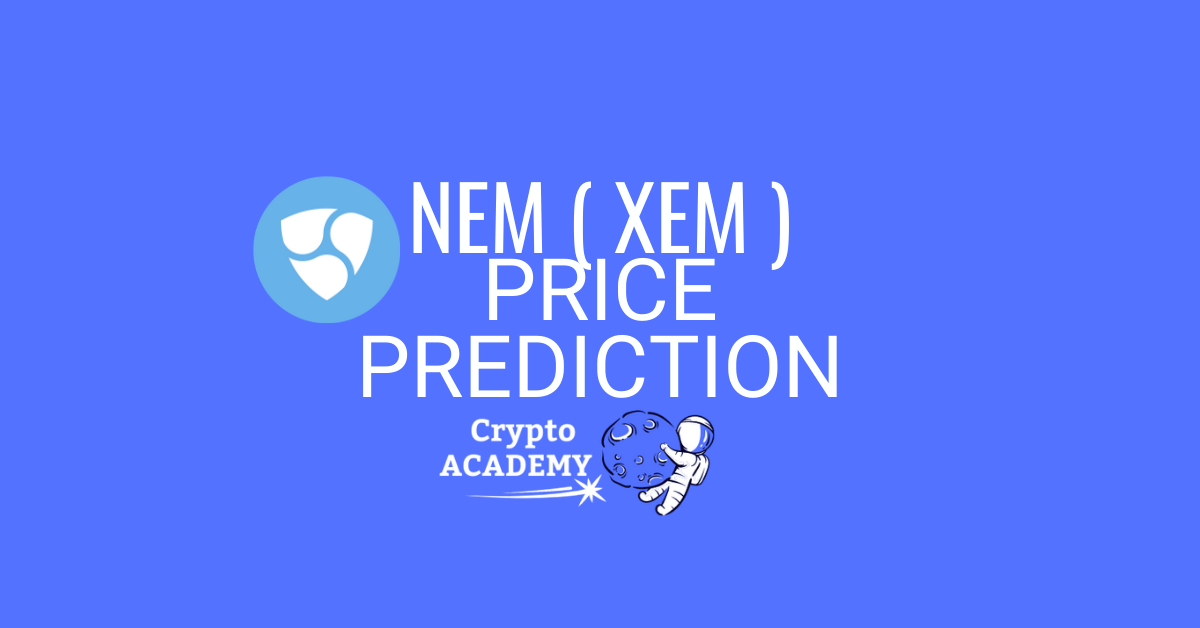 As more cryptocurrencies are added to the crypto market, more solutions to online problems are resolved. This was the main purpose of every cryptocurrency after Bitcoin (BTC), where they tried to bring something new for people who favored decentralization rather than traditional options. But when it comes to the global economy, the problems are bigger than simply offering new transaction options. To solve economic problems in a decentralized manner, cryptocurrencies such as NEM (XEM) were created.

As an ecosystem, NEM offers solutions to both businesses and individuals. As a cryptocurrency, NEM has shown to be a very good investment for both day traders and swing traders. As a mid-cap cryptocurrency, NEM still has the potential to outgrow its previous successes. But as with any other investment, you need to analyze a lot of things before you invest in NEM, such as the way it works, its goals, price history, price factors, and much more. To begin with, we are going to focus on the main features of NEM (XEM), both as an ecosystem and as a potential investment.

NEM stands for New Economy Movement. Its native cryptocurrency is XEM, and its public blockchain is NIS1. Initially, NIS1 blockchain or NEM was launched in June 2014 and went live in March of 2015. Similar to Bitcoin (BTC), the original founders of NEM are only known through pseudonyms: Jaguar 0625, BloodyRookie, and Gimre. These programmers had these pseudonyms on the Bitcointalk.org forum. NEM was developed by a private company based in Singapore known as NEM Group. Therefore it was named in the same way as its parent company.

NEM offers business development, financial services, liquidity management, borrowing or lending, strategic partnership, and much more. All this to compete with traditional and centralized options. So how does NEM achieve this?

The first main feature of NEM is the Smart Asset System. Through this blockchain system, users can build decentralized applications (dApps) within the NEM ecosystem without the need for any sophisticated software that would normally be used. This is all made possible through the API Gateway, which is a server in the NEM network and derived by a global network of nodes responsible for securing the network. This API Gateway has made it easier for people to create new applications and use existing servers as a foundation for new ones.

Another unique feature of NEM is its addresses and Mosaics. NEM addresses, whether they are asset holders, election participants, or any other sort of address in the NEM ecosystem, need to be properly defined and put in a “Mosaic” by app developers. Once defined and put in a mosaic, app creators can easily communicate their product through the NEM API to all these addresses. This feature makes NEM a very favorable ecosystem for innovators.

While most cryptocurrencies have either a Proof-of-Work (POW) or Proof-of-Stake (POS) consensus mechanisms, NEM has its unique mechanism known as Proof-of-Importance (POI). POI has both POW and POS features. The mining process in NEM is similar to in POW, and the mining reward depends on the number of coins as in POS. However, in POS, the coins are required to be staked, while in POI, the coins are required to be vested. The vesting process does not usually take a long time. 10% of the coins you own are vested every day. However, you need to have at least 10,000 XEM tokens to be eligible for vesting.

There is another factor taking place in the Proof-of-Importance mechanism. The nodes that are more active in the network are prioritized for the rewarding process of XEM tokens. So, mining reward depends both on the number of coins you own and the activity in the network. The NEM network believes that POI is the best way for rewarding nodes since mining in NEM does not necessarily require powerful mining rigs with expensive processors. This gives an advantage to smaller miners.

Another feature of NEM is that it uses the Eigentrust++ algorithm, which is a unique algorithm involved in transaction verification. Through this algorithm, nodes can automatically track the activity of other nodes so that the information is verified independently. If the information verified by a node is the same shared with other nodes, the former receives a bigger and positive reputation. If the information is not correct, the node’s reputation declines. So far, this algorithm has proved to be excellent in maintaining a balance in the network.

All these features make it easier for users to develop apps and services that provide solutions to real-life economical problems – all in a decentralized way.

NEM has a limited supply of 8,999,999,999 XEM, and its circulating supply has reached 100% of this maximum supply. There is another token that has recently been launched by the NEM group, known as Symbol (XYM) and also referred to as NEM 2.0.

But how can these XEM tokens be stored? Some of the best storage options for XEM are Nano Wallet (made for NEM), Trezor, etc.

Now let’s look at the price history of this cryptocurrency so that we can have a better idea of what may await NEM in the future.

Based on Coinmarketcap, the starting price of XEM when it was first launched in late March of 2015 was $0.0002, but it increased to $0.0003 in two days. The price declined to $0.0001 shortly after that and remained close to that amount until January of 2016. The price started slowly increasing in the next few months. It reached $0.01 for the first time in late June of that year. But the price declined again and remained close to $0.003 for the remainder of 2016. In 2017, the price started having another slow increase, reaching $0.10 for the first time in May. But the bullish run did not stop there, as it reached $0.30 in August. The price got a little more stable in the remaining months of 2017, averaging around $0.20.

In the bullish trend at the beginning of late 2017 and early 2018, NEM joined other cryptocurrencies and began its biggest price increase journey of all time. By January 1st of 2018, the price reached $1 for the first time ever. This was around a 400% increase in the price of XEM in just one month. Again, the bullish run did not end there. XEM reached its highest price of all time in the next few days at $1.82. This huge increase in the price of XEM made a lot of people decide to sell their XEM tokens because of the large profits. The XEM price started declining at the same rate as it increased.

There were a lot of causes for the price to start decreasing, besides the fear of missing out (FOMO) on potential profits. One reason might have been the Coincheck hacking of 2018. Around 523 million XEM coins worth around $530 million were stolen due to Coincheck not storing the user coins in the designated industry-standard cold storage, but rather stored them in a hot wallet. Coincheck is required to reimburse anyone whose coins were stolen, and it has been doing so since 2018. After the hack, the price of XEM kept decreasing and remained less than $0.10 for the rest of 2018 and the whole of 2019.

In the first two quarters of 2020, the price remained at similar ranges as its previous year. In September, the price reached $0.1 for the first time in a while and went as high as $0.3 by December. Similar to the 2018 bullish trends, XEM started another bull run in January of 2021.  The price increased at smaller rates than in 2018, but it still managed to reach a price of $0.86 by March of 2021. The price of XEM has been decreasing ever since, averaging at around $0.30 midway through May 2021. 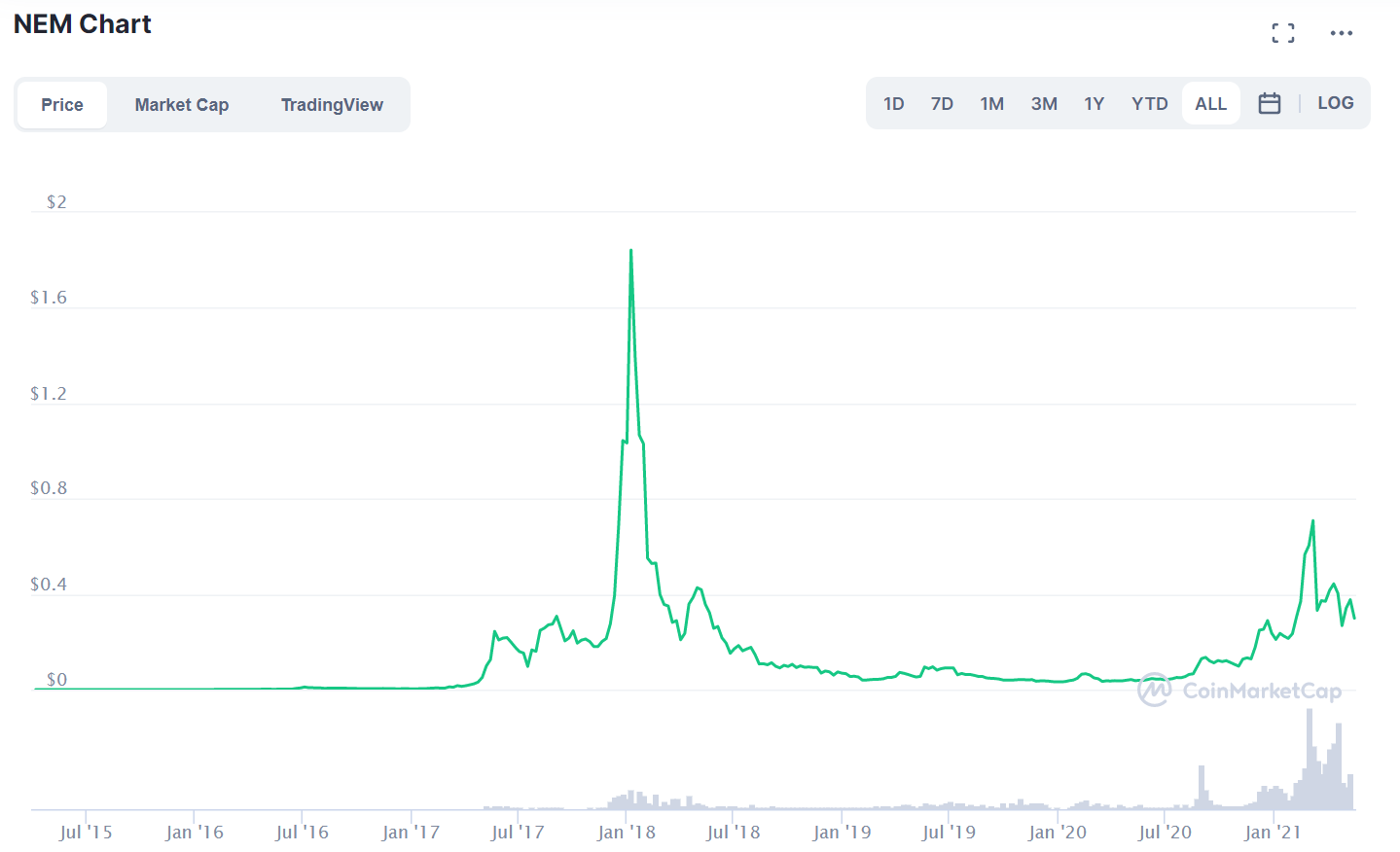 Since its circulating supply is around 9 billion XEM and the price is around $0.3, the market cap of NEM is around $2.7 billion. This ranks NEM at number 53 in the crypto market. 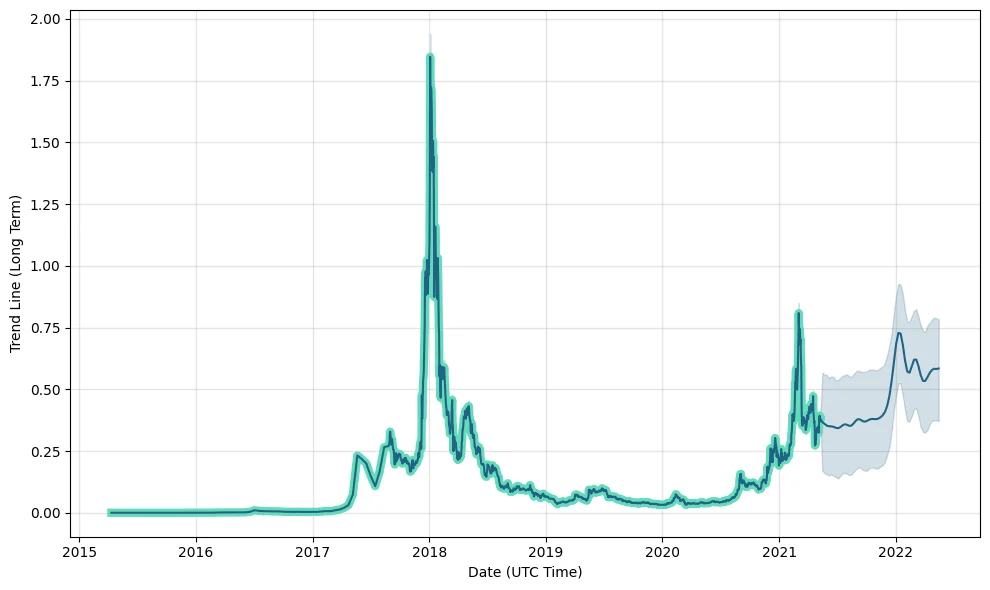 NEM (XEM) price prediction for the next 12 months. Source: Walletinvestor 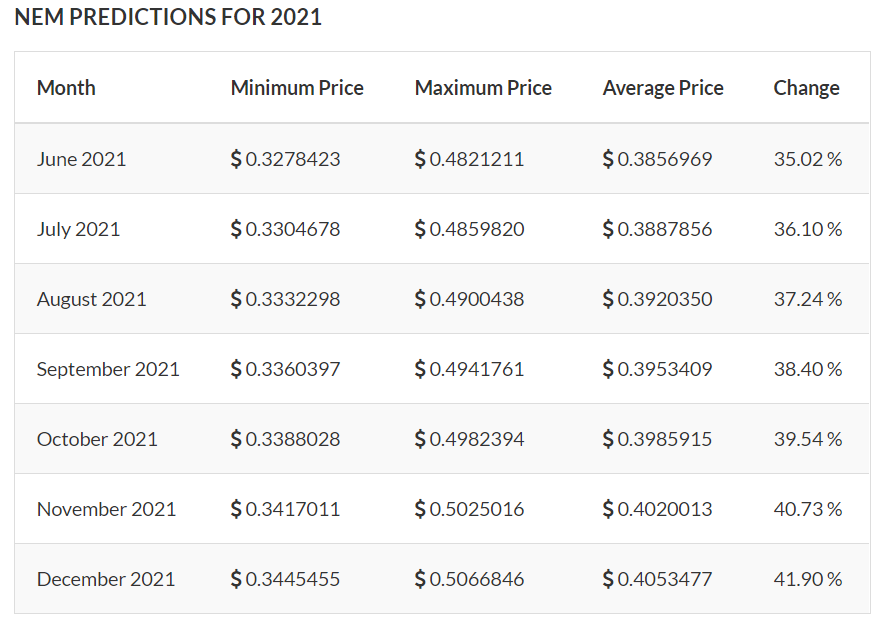 NEM (XEM) price predictions for the rest of 2021. Source: Tradingbeasts

Previsionibitcoin also predicts a price increase in 2021, as the minimum average price can go from $0.37 in June to $0.75 by December. 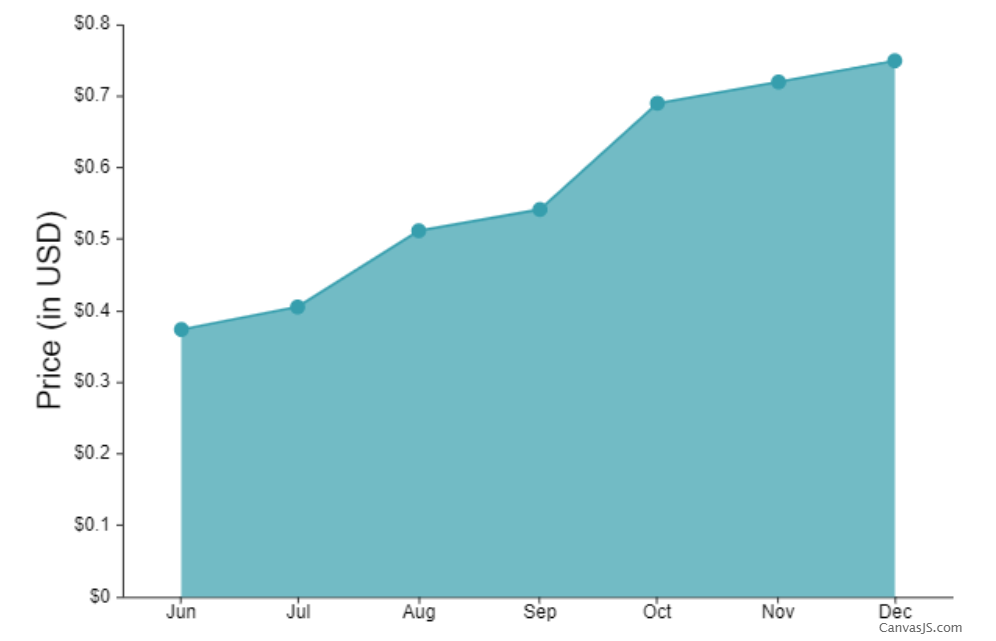 NEM (XEM) price prediction for the rest of 2021. Source: Previsionibitcoin 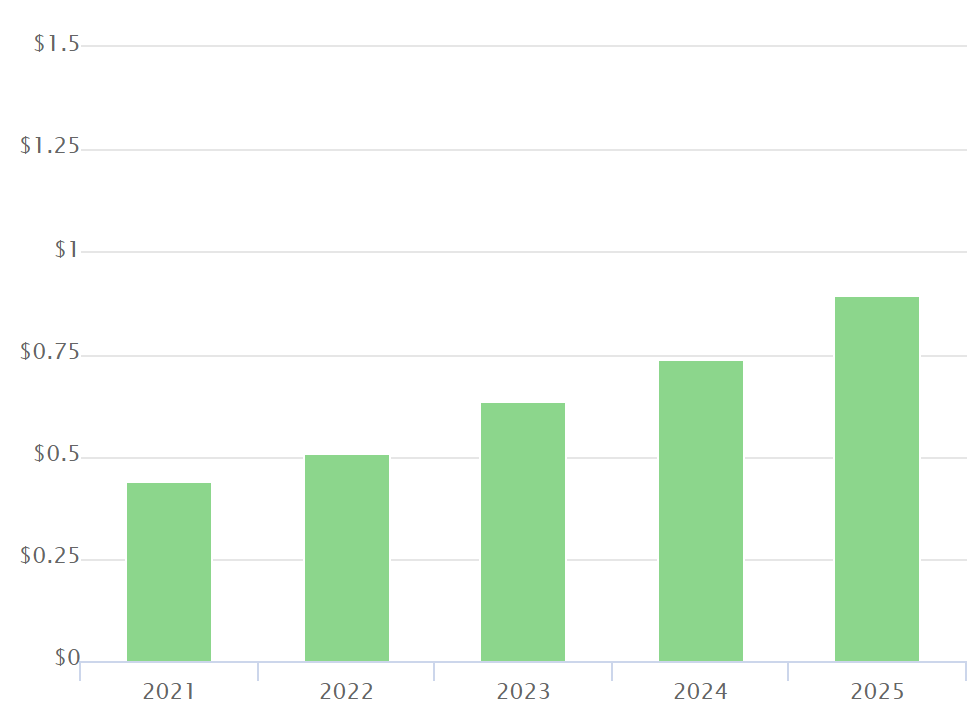 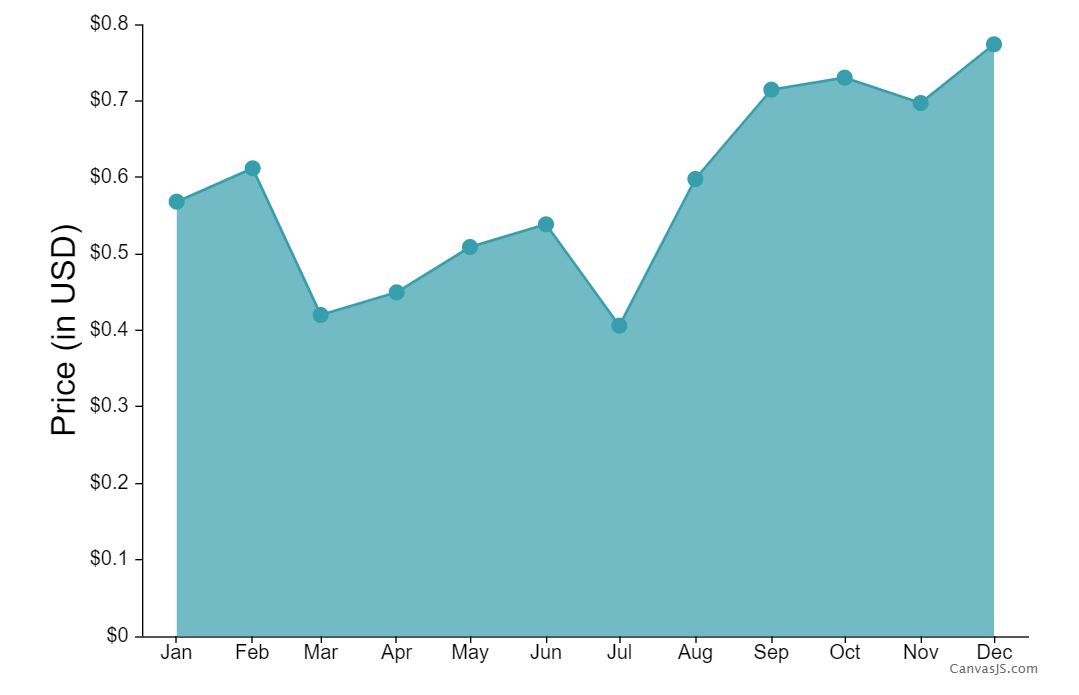 When it comes to buying XEM tokens, you must choose a safe cryptocurrency exchange. The best choices might be Binance, Bittrex, Upbit, Poloniex, etc. You should weigh the exchange options by checking the fees that they require, transaction time, additional services, etc. Additionally, some exchanges might not be supported in some countries so you should also keep that in mind before choosing an exchange.

While no more XEM tokens can be mined since the supply has reached its limit, it is important to understand how a cryptocurrency with a POI mechanism is mined. If you are mining with a CPU,  you need to find a mining pool such as MinerGate. You need to download the MinerGate in the CPU and simply start mining automatically.

If you are using a GPU, you can point the miner to the MinerGate if you have already mined ETH, or simply follow the same steps as a CPU, which turns your processor to a GUI instead. You can also use JavaSCript mining if you wish to not download any software. Go to Web Mining, turn on Monero on MinerGate, and automatically begin mining.

What Potential Factors Can Affect the Price of NEM (XEM)?

The circulating supply of NEM has reached its limit. This means that the price is deflationary (inflation rates at 0%). Due to this, the price of NEM can increase in the long run.

The NIS1 blockchain offers so many solutions to businesses worldwide. If more businesses apply the services offered on the NEM network, its price may go higher

One of the biggest obstacles for NEM is its competitors. Since NEM’s competitors are the likes of Ethereum (ETH) or Neo (NEO), it gets quite hard for NEM to compete with these big cryptocurrencies.

Even though the Coincheck hack was not an error on the Neo Network but rather in the exchange itself, being connected to that massive hack has left NEM with permanent repercussions as some buyers become pessimistic once they hear about it.

Since NEM is still a mid-cap cryptocurrency (with a market cap between $1 billion and $10 billion), it still has the potential to grow. Additionally, the price of XEM is yet to surpass its previous record of 2018. Certainly, it is expected that the focus of Nem Group to be more on the newly launched Symbol (XYM). Nevertheless, growth in the XYM token can indirectly cause an increase in XEM, as the two are correlated.

Is NEM (XEM) a Good Investment?

Despite all the challenges that NEM has faced, it is still quite a profitable investment. While it is never a certain outcome in cryptocurrency investments, experts’ predictions suggest that investing in NEM can be a very good idea.