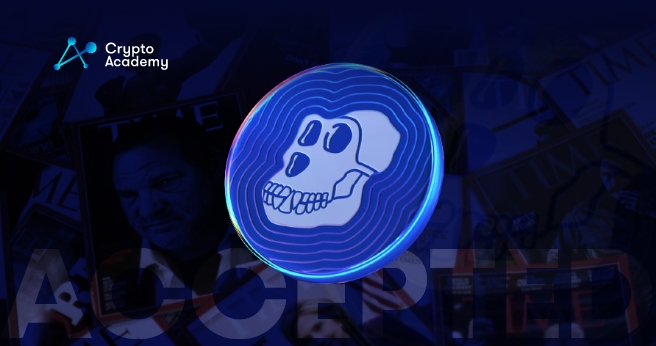 The well-known Time Magazine announced that it will accept ApeCoin for any subscription payment.  Yuga Labs, the inventors of the Bored Ape Yacht Club, released ApeCoin. Additionally, it is an Ethereum-based coin.

Last April, the magazine introduced the ability to pay for digital subscriptions with cryptocurrencies. The available options were with Bitcoin and other cryptocurrencies such as XRP, Ethereum, and Dogecoin.

Moreover, non-fungible tokens (NFTs) have also been a topic of discussion at Time Magazine. Back in 2021, Times auctioned some of its covers as NFTs. Following cooperation with Grayscale, the magazine settled to storing Bitcoin on its balance sheet.

As of last week, the magazine, which has been around for 98 years, published its first issue as an NFT. Its cover had Ethereum co-founder Vitalik Buterin. Correspondingly, the programmer expressed his worry about the crypto industry. In that article, he states that the crypto space may evolve into a dystopia ruled by selfish individuals.

In an announcement on Thursday, ApeCoin was airdropped to owners of the Bored Ape Yacht Club. In addition, it was released that ApeCoin began trading on major cryptocurrency exchanges. Just after it launched, it rose to $39.40, while in the final hours, it dropped to $8.90.

The Bored Ape community will use the token as a decentralized protocol layer to power various projects. With a value of $2.9 billion, the Ethereum-based token ranks 46th among all cryptocurrencies.

Furthermore, the coin declared on its website some news. First, it released that the APE Improvement Proposal Process will enable ApeCoin DAO members to make different choices. These choices can be on the allocation of ecosystem funds, governance rules, initiatives, partnerships, and beyond. All ApeCoin owners are welcome to join the ApeCoin DAO.

Yuga Labs also intends to generate millions of dollars by selling virtual pieces of land. However, despite Yuga’s $127 million net sales last year, the company is attempting to raise capital at $5 billion. Some of Yuga’s projections about revenue from virtual land sales are published. It could reach $455 million in net revenue by 2022.