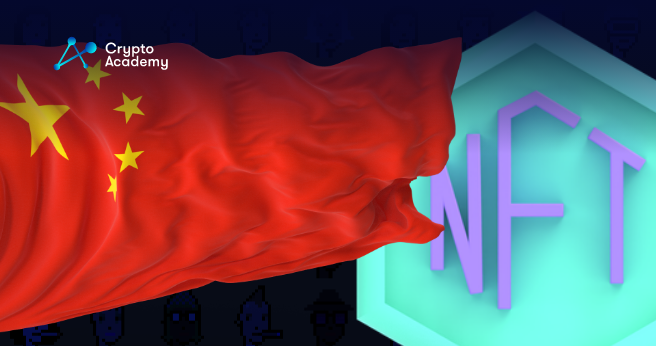 Some of China’s most popular social media and internet companies are revising their policies. The new updates mainly limit or delete non-fungible token (NFT) platforms. Accordingly, this is due to the fear of a possible government crackdown on NFT platforms.

Furthermore, according to reports, WeChat banned numerous digital collectible platform accounts for breaking the regulations. In addition, Xihu No.1, an exciting NFT project, was removed. Similarly, another official app belonging to the site named Dongyiyuandian was blocked.

Following more, WhaleTalk, the digital collectible marketplace, also took action in updating the policy of its terms. Thus, it increased the penalty for utilizing an over-the-counter (OTC) desk while dealing with NFTs. As per the record, NFTs are not outlawed. However, any speculative trading of digital collectible tokens created from them is still forbidden. Meanwhile, according to a report, the compliance of digital collections is still unclear. Thus many platforms are taking a more active role in catching people who break the rules. This is to stop more people from doing the same things.

The Fear of Getting Caught by Government

As can be seen, many tech companies are taking action. The primary reason for this is the rise in illegal transactions and bot purchases on the NFT platforms. In regard, under the blanket ban on crypto issued in September 2021, some undertakings were announced. Any companies discovered facilitating crypto transactions or foreign crypto corporations were held liable. Currently, these companies changed their user agreements. It looks like they want to avoid getting caught by the government.

Even though cryptocurrencies are illegal in China, NFTs are not banned by the Beijing authorities. As a result of this, Tencent and Alibaba (which are high-profile Chinese stocks), among others, have recently filed several new NFT patents. However, as there are benefits of digital collectibles, there are also some disadvantages. Despite their popularity in China, they are opening the door to price speculations and other types of fraud.