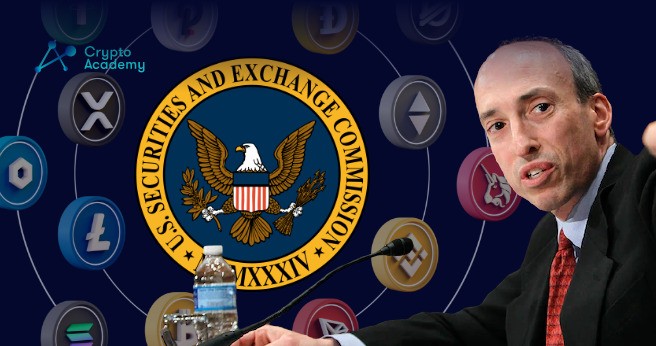 According to Gary Gensler, in 2022 the SEC should include digital asset exchanges in its jurisdiction and continue to oversee them.

Gary Gensler, the Chair of the US Securities and Exchange Commission (SEC), believes that Washington’s financial regulatory agencies should supervise cryptocurrency trading platforms directly. He expressed optimism that more oversight will take place this year to provide investors with more coverage and safeguarding when trading with Bitcoin (BTC) and other cryptocurrencies.

The American official has often said that stricter investor regulations are needed in the digital asset market. In 2021, he expressed his admiration for the cryptocurrency industry but stated that this will not deter him from advocating for tighter market controls. Gensler went on to say “I’m not neutral about investor protection. If somebody wants to speculate, that’s their choice, but we have a role as a nation to protect those investors against fraud.”

He reinforced his position during an online press conference, adding that cryptocurrency exchanges should expect increased scrutiny from the SEC and other financial agencies in 2022. He believes that the increased oversight will offer investors the required security when dealing with cryptocurrencies. He stated “I’ve asked staff to look at every way to get these platforms inside the investor protection remit. If the trading platforms don’t come into the regulated space, it’d be another year of the public being vulnerable.”

In this regard, it is important to note that the SEC recruited a senior advisor for Gary Gensler to advise him on how to regulate cryptocurrencies in the last month of 2021. Corey Frayer is the new SEC hire who has considerable experience in consumer and investor protection and associated problems.

The comprehensive crypto crackdown enforced by the Chinese government within its territory was one of the most significant events in the crypto market in 2021. In the aftermath, a number of other countries began to consider whether they should follow suit.

Gary Gensler stated in October that the United States will not follow in China’s footsteps. While emulating the Chinese model is not on the table, the Chairman reiterated that financial authorities have concentrated on improving investor protection in the industry.

Jerome Powell, the chairman of the Federal Reserve, has stated that the United States has no plans to limit the use of digital assets. However, he also advocated for increased industry monitoring.