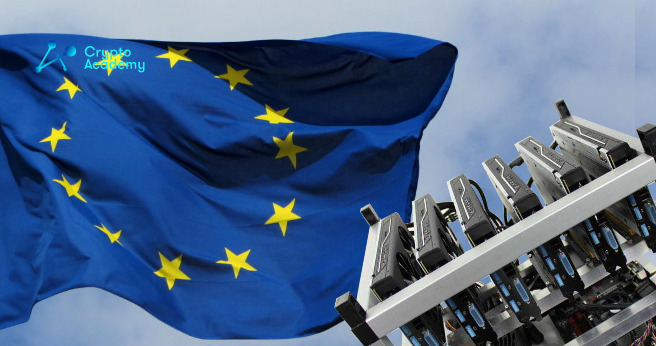 Regulators in Europe are worried about crypto’s impact on climate change. The increasing usage of renewable energy for Bitcoin mining has alarmed the European Securities and Markets Authority.  Vice-chair of ESMA, Erik Thedeen, raised this issue some time ago.

During an interview, Thedeen told Financial Times that Bitcoin (BTC) mining has become a national concern. In addition, he warned that cryptocurrency might jeopardize efforts to combat global warming.

The Ban of Cryptocurrencies Mining

Regarding proof-of-work mining, a mechanism that Bitcoin uses to keep its network running, Theden states that European authorities should consider a specific exemption. In addition, he called for proof-of-stake as a more efficient and environmentally friendly option.

In November 2021, a Paris-based alternative investment company named Melanion Capital had contrary opinions regarding the ban on mining. Melanion Capital labeled the rising push for a ban on PoW mining as totally mistaken.

Furthermore, the company stated that Bitcoin’s decentralized structure means no lobby or organization to protect its interests. According to the investment company, this is not an occasion to enact laws against an industry that lacks defensive forces.

As a result of China’s ban on Bitcoin mining in May of last year, it dissolved the highly centralized Bitcoin mining business. Moreover, it helped the ecosystem move towards renewable energy use.