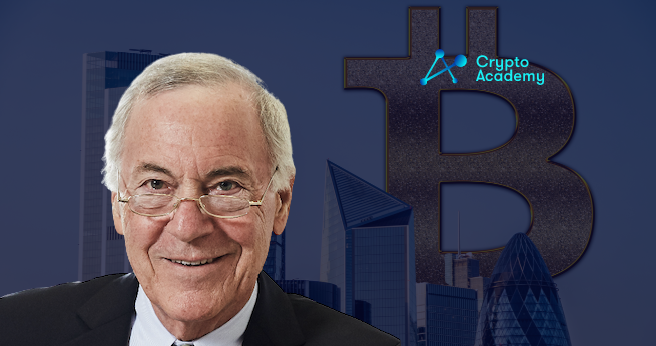 Steve Hanke has quite a lot to say about the El Salvador Bitcoin City, the center of which seems to be an “absurd political stunt by a delusional dictator.”

On November 20th, President Nayib Bukele publicly announced that Bitcoin City, a city that runs exclusively on Bitcoin (BTC) is to be built in the south-eastern part of El Salvador, at the base of the Conchagua volcano.

The poor South American country became the first in the world to accept Bitcoin (BTC) as legal tender, the same as the US dollar. The project has proven to be an ecstatic development in the eyes of Bitcoin (BTC), but whether it is a smashing success is questionable, to say the least.

In a tweet, Hanke, an economics professor at Johns Hopkins University, challenged the rationality of sponsoring the creation of a Bitcoin city in a country where poverty is rampant and social amenities are lacking.

Dictator @nayibbukele has announced plans to build a #Bitcoin city near a volcano in El Salvador. This is an absurd political stunt by a delusional dictator. Why doesn't #Bukele focus on what Salvadorans actually need, like access to healthcare?https://t.co/X0m8GSFx9Y

El Salvador is scheduled to issue $1 billion in Bitcoin-backed bonds in 2022 as part of the Bitcoin (BTC) city finance plan. Half of the funds will be used to purchase Bitcoin (BTC), whilst the remainder will be allocated to building the Bitcoin (BTC) mining infrastructure and energy.

Hanke also chastised this plan, by saying that “this type of casino finance is bound to put Bukele in very hot water with the International Monetary Fund and the World Bank.”

Hanke also said that President Bukele might replace the falling dollar-denominated bonds with Bitcoin (BTC) bonds. In his tweet, Hanke argued that “a bitcoin bond would offer lower yields despite carrying greater risk. Looks like Bukele is trying to invent a new financial arithmetic.”

Though Steve Hanke regularly criticizes Bitcoin (BTC) and cryptocurrencies, he is not alone in his criticism of Bukele’s Bitcoin (BTC) city ambitions.

Dan Popescu, an analyst for Gold has a specific problem with foreign cryptocurrency companies in El Salvador, labeling the country as a “banana republic governed by an authoritarian regime.