Elon Musk – The Business Tycoon and His Relationship with Crypto

The cryptocurrency world has grown tremendously during the past decade, reaching its peak in May 2021. To put it into perspective, this growth left some investors with over 10,000% yearly investment gains. Additionally, this enormous growth caught the attention of the mainstream media, with cryptocurrencies like Bitcoin, Ethereum, and Dogecoin being mentioned in media giants like The Guardian and The New York Times. With this attention, came even more investments that kept the price of cryptocurrencies high.

This growth caught the attention of different influencers as well. Famous celebrities like Snoop Dogg and Elon Musk started mentioning different cryptocurrency projects in videos, tweets, and different shows. There were instances where legendary rappers like Nas even mentioned cryptocurrencies in their songs. In a song called “Sorry Not Sorry” by DJ Khaled, Nas, JAY-Z, and James Fauntleroy, Nas calls himself a ‘cryptocurrency Scarface’, referring to an investment he did on Coinbase back in 2013 which resulted in more than $100 million in profit.

Throughout this article, we will talk about the relationship between Elon Musk and the crypto industry. Moreover, we will take a look at some of his influencing tweets and investments.

Who is Elon Musk?

First off, let us briefly touch upon who Elon Musk is. Elon Musk is a 50 years old South African-born American entrepreneur. He is also an industrial engineer. Moreover, he is known as the co-founder of Paypal, the founder of one of the biggest aerospace transportation services companies known as SpaceX, and the Chief Executive Officer of Tesla, an electric car company. For a period of time, Elon Musk was the wealthiest man on earth. Today, he has a net worth of $186.8 billion, making him the third richest person on earth, with Jeff Bezos and Bernard Arnault being richer than him. 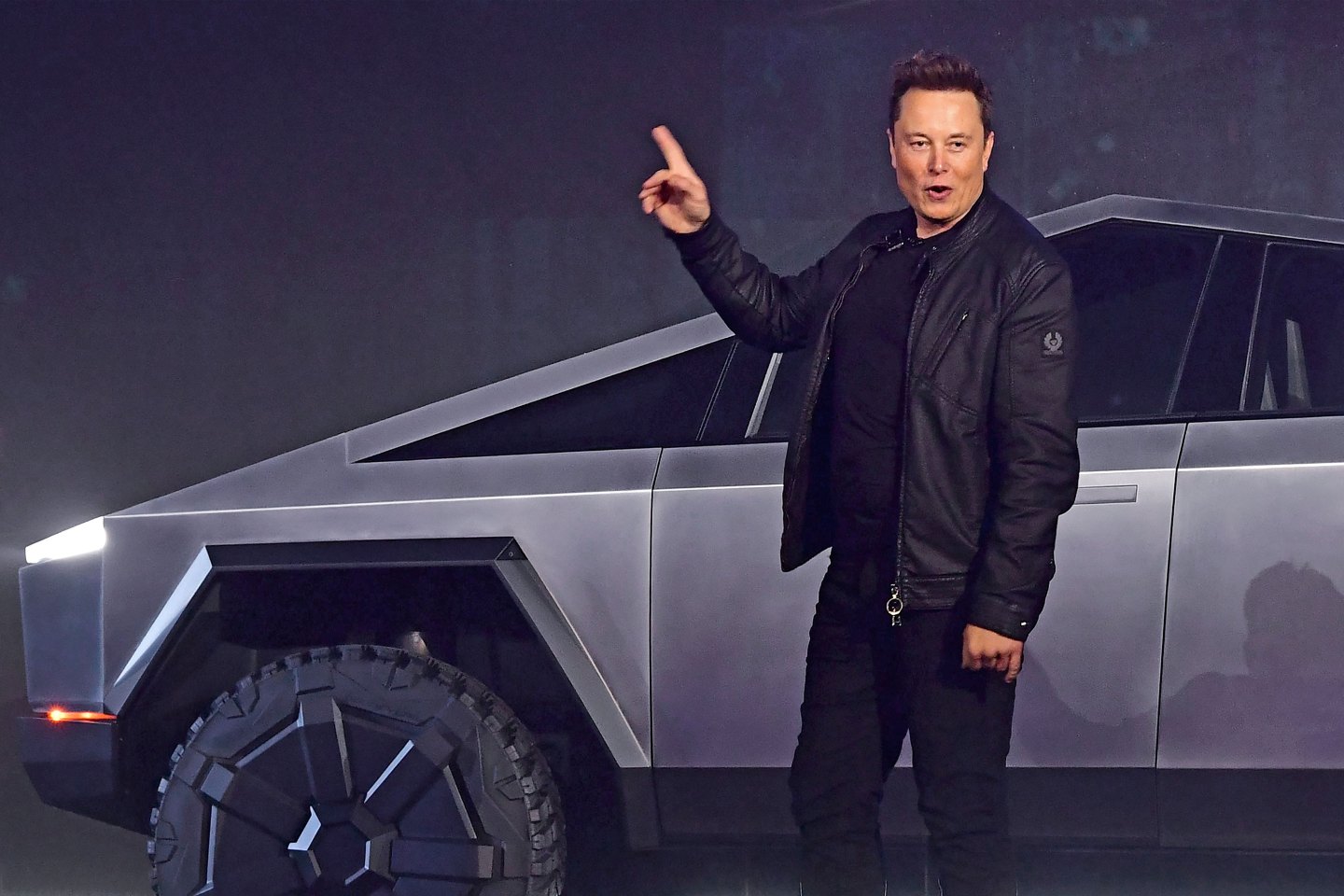 However, his successes began way earlier. In 1995 he and his brother founded Zip2 Corporation. Only some years later, when he hit the age of 27, Elon Musk became a self-made millionaire. Afterward, he used that money to start off a company that we know as Paypal today – and the rest is history.

As we mentioned above, Elon Musk is one of many influencers that have continuously talked about cryptocurrencies in public. His first tweet about this industry was made in 2014 when he labeled Bitcoin to be ‘probably a good thing’. Afterward, since he is known for being very innovative, people started speculating that he may be Satoshi Nakamoto – the pseudonym for the Bitcoin founder. However, he cleared things up by denying the speculations and said that he posted the tweet only after one of his friends gifted him a part of a BTC.

How did Elon Musk Become an Influential Person in Crypto?

As we mentioned before, Elon Musk was always the innovative and fun kind. Even though he may not have been the one to create the first cryptocurrency, he was one of the first major celebrities to show support for the cryptocurrency industry. In 2020, Musk began his crypto journey, continuously tweeting about cryptocurrencies – Dogecoin and Bitcoin in particular. We will try to create a timeline of Elon Musk’s tweets regarding cryptocurrencies.

One of the first doge-supporting tweets that Musk tweeted was a meme that showed Dogecoin overtaking the global financial system. In his tweet, he simply said “It’s inevitable.” According to CNN, this tweet caused the price of Dogecoin to increase by 14%.

It seemed that Elon Musk started to get serious with cryptocurrencies during 2019-2020. Throughout those years, Musk reportedly got interested in the technology behind crypto, analyzing their utility and possibilities of implementing them in his businesses.

Another major Dogecoin tweet came on the 20th of December, 2020. This time, there was no meme or visual image. Elon Musk simply tweets “One word: Doge.” The tweet quickly boomed, positively influencing the price of Dogecoin by 20%. During that time, Dogecoin had a trading value of $0.003, giving it a market capitalization of around $360 million. However, by February 2021, its market capitalization had surpassed $1 billion, giving it a price of $0.01.

However, this was just the beginning of the relationship between Musk and Dogecoin. On the 4th of February, 2021, Musk went on a tweeting frenzy, posting four tweets related to Doge. Firstly, he tweeted a picture of one of his rockets passing by the moon and commented “Doge” under it.

After this tweet, came a tweet of a picture of Elon Musk holding a Shiba Inu dog (the logo of Dogecoin) with the words “ur welcome.” This was clearly a reference to the “Lion King” movie, with the Shiba Inu being Simba and Elon being Rafiki. This tweet got nearly 1 million likes until the time of writing.

No highs, no lows, only Doge

In another tweet, he even called Dogecoin “the people’s crypto.”

No need to be a gigachad to own

Many people claim that these tweets boosted the coin’s price. The cryptocurrency entered the 4th of February with a price of $0.036, hit a high of $0.057 by noon, and closed the day off with a price of $0.052 – this meant a 44% daily increase for Dogecoin. 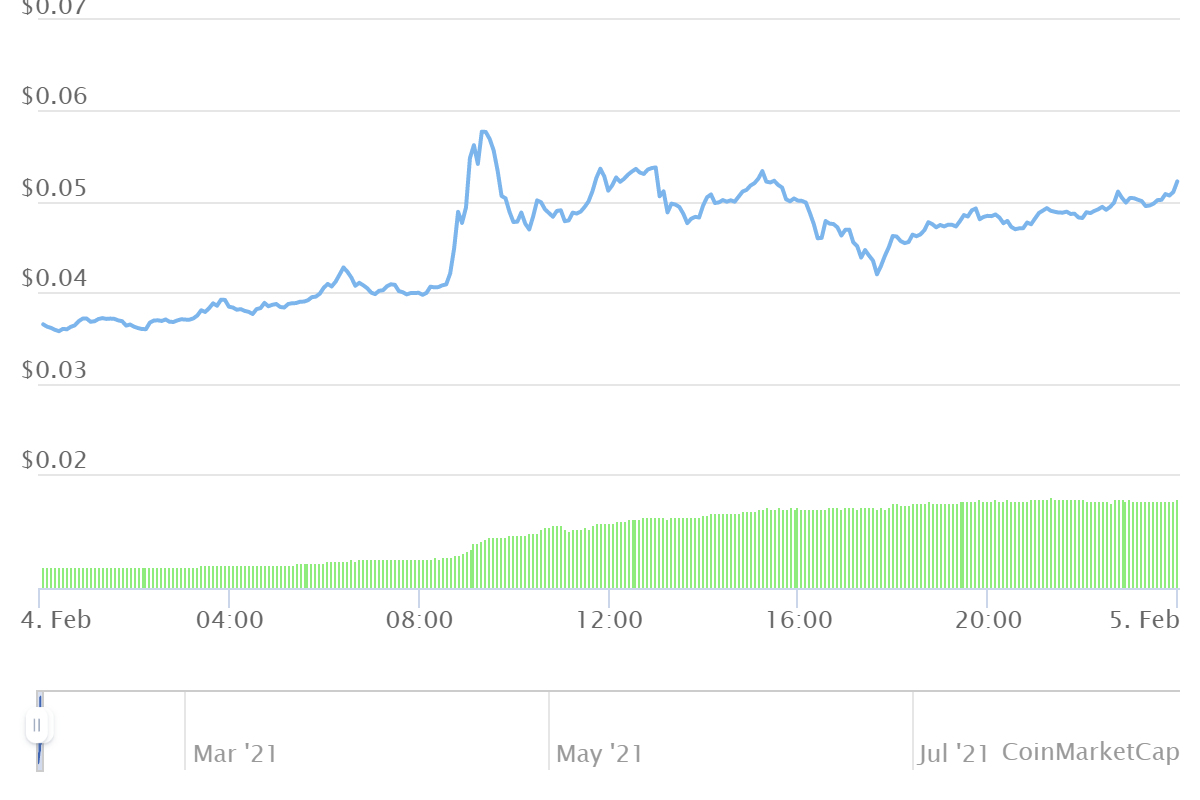 Dogecoin price chart on the 4th of February. Source: Coinmarketcap

After many other tweets, the other major doge-related tweet came on the 28th of April, when Elon Musk announced his appearance on SNL.

The Dogefather
SNL May 8

Related: Dogecoin Price Prediction 2021 and Beyond – Is DOGE a Good Investment?

Moving on, Elon Musk seems to have mixed feelings towards Bitcoin, since his tweets regarding this crypto giant tend to change from negative to positive, and vice versa, quite often.

After some months, he tackled this issue again, stating that Tesla’s mission is to protect the environment, therefore, accepting Bitcoin as a form of payment would go against the goal of Tesla. Moreover, he said that Tesla is likely to accept Bitcoin again if there is confirmation that ~50% of the Bitcoin Mining Network runs on renewable energy.

How many Bitcoin (BTC) does Tesla own?

What crypto does Elon Musk own?

Elon Musk said that he has owned a portion of a BTC since 2014. Lately, he stated that he owns three major cryptocurrencies: Bitcoin (BTC), Ethereum (ETH), and Dogecoin (DOGE). Moreover, he claimed that his portfolio is heavily concentrated on Bitcoin; having way more Bitcoin than Ethereum or Dogecoin.

Does Elon Musk have his own cryptocurrency?

Also Read: How Did Michael Saylor Become An Influential Person In Crypto?