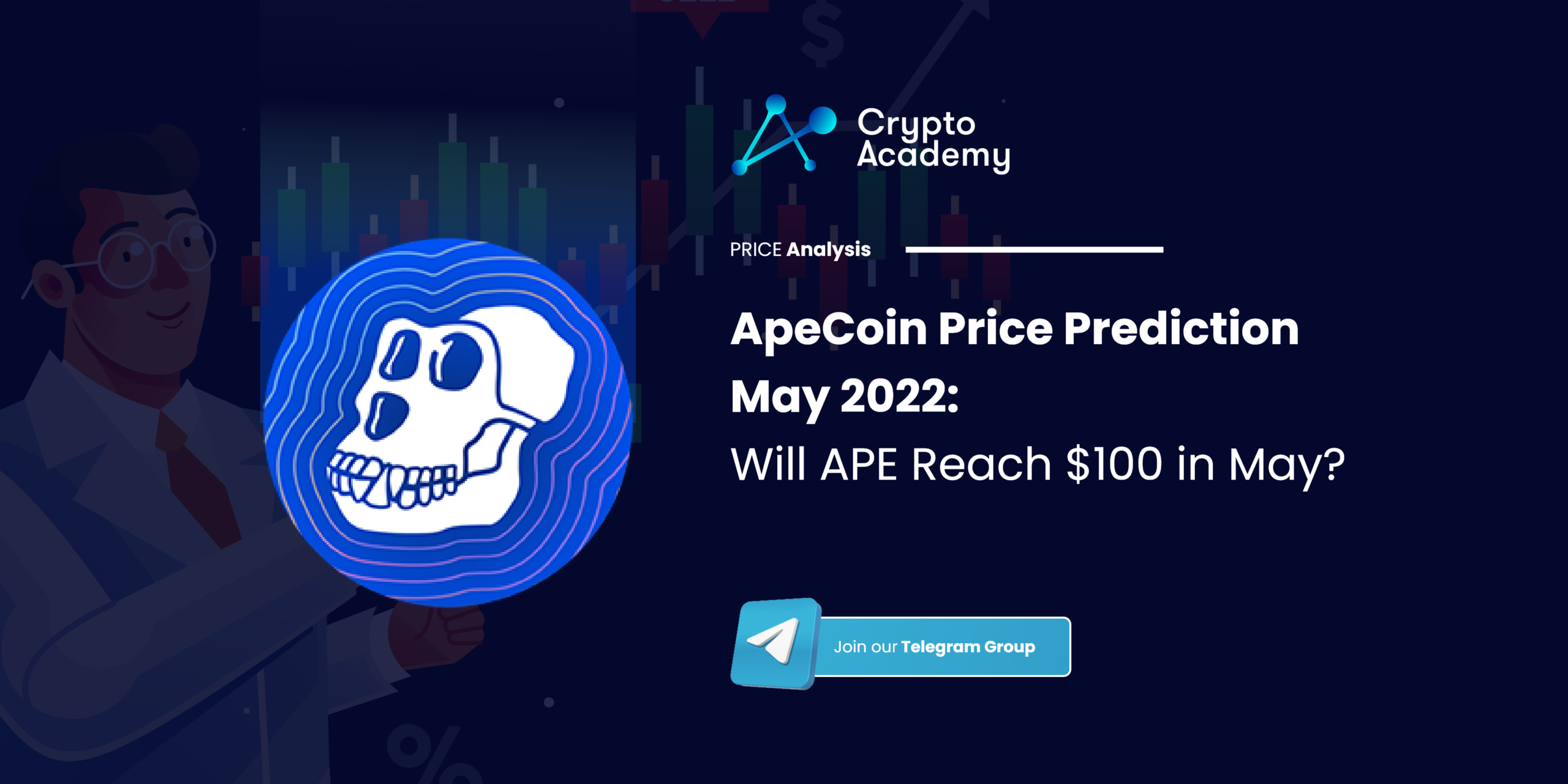 Ever since the skyrocketing launch of ApeCoin (APE), the price has been going sideways in the following weeks. Throughout April, the price of APE was relatively stable, considering the high volatility of the first few hours in the price of APE.

After finding strong support at around $11, the price of APE had another surge upward in the price. It reached as high as $28 by the end of April, after an increase of more than 150% within a couple of weeks. After that, APE was overcome with greed, and the price eventually dipped shortly.

Initially, a drop of around 34% could be noticed, and then the price had a correction. Nonetheless, after hitting resistance at $25, the price continued to decline. It went as low as $14 in the following days, where it found support in the lower trend of the 4-hour chart. Currently, the price of APE is trading at around $15, after an attempt to increase further high stopped at $17.60.

The fear and greed index turned to fear after the recent decline in the price. Considering the relatively large market cap of APE, this high volatility creates uncertainty for APE traders. Hence, fear is dominant at the moment. Nonetheless, Bollinger bands show slightly less volatility in the last couple of days when compared to the Bollinger bands of the last couple of weeks. Nonetheless, the overall trend for the APE/USDT pair in the 4-hour chart shows that APE is still bullish in the longer term from the moment of its launch. 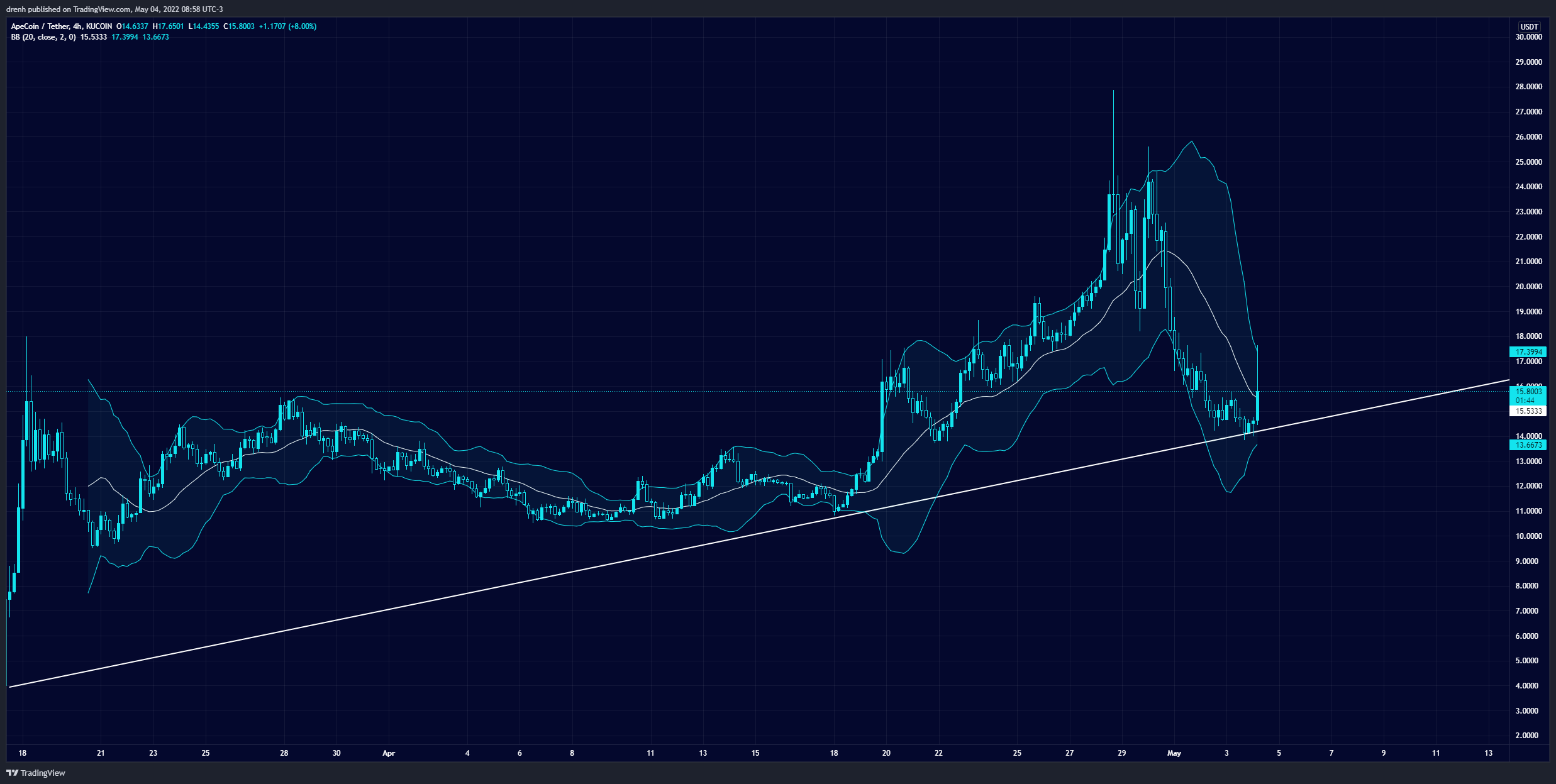 Both the 20-MA and the 50-MA lines of a 4-hour chart are currently above the price of APE. While the latter is more distant from the price, they both suggest that the current trend is bearish and that the price could keep declining in the coming weeks, other things equal.

The 9-EMA, on the other hand, is below the price of APE, meaning that APE is bullish in the shorter run and that the price of APE could increase in the coming hours/days.

The RSI of a 4-hour chart was way above 70 when APE reached its recent high, which then led to the price decline of more than 50%. After that, APE went close to 30, showing high selling pressure but not becoming oversold just yet. Still, the price is now in recovery and the RSI is increasing along with the buying pressure, despite being below the equilibrium. 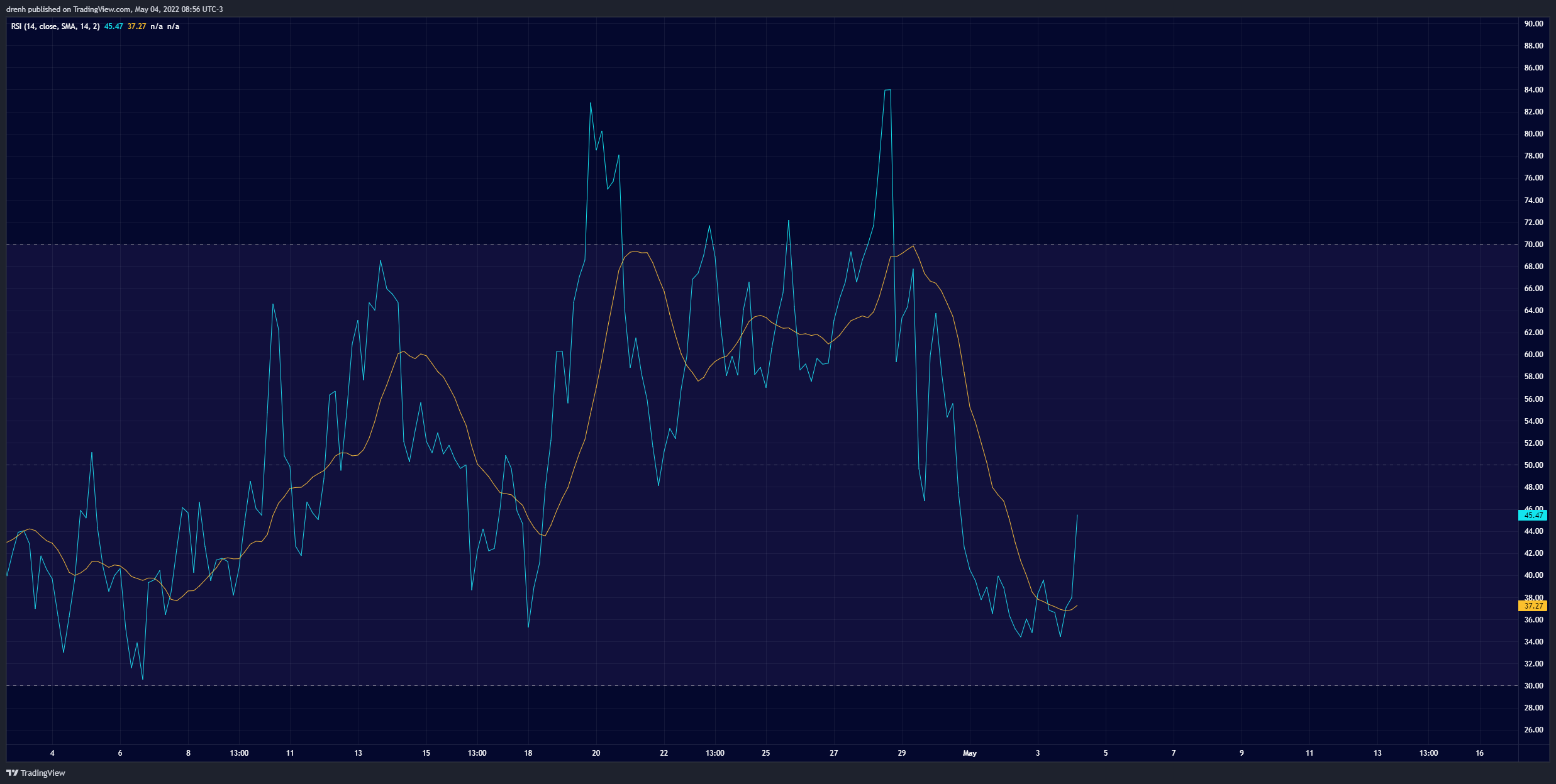 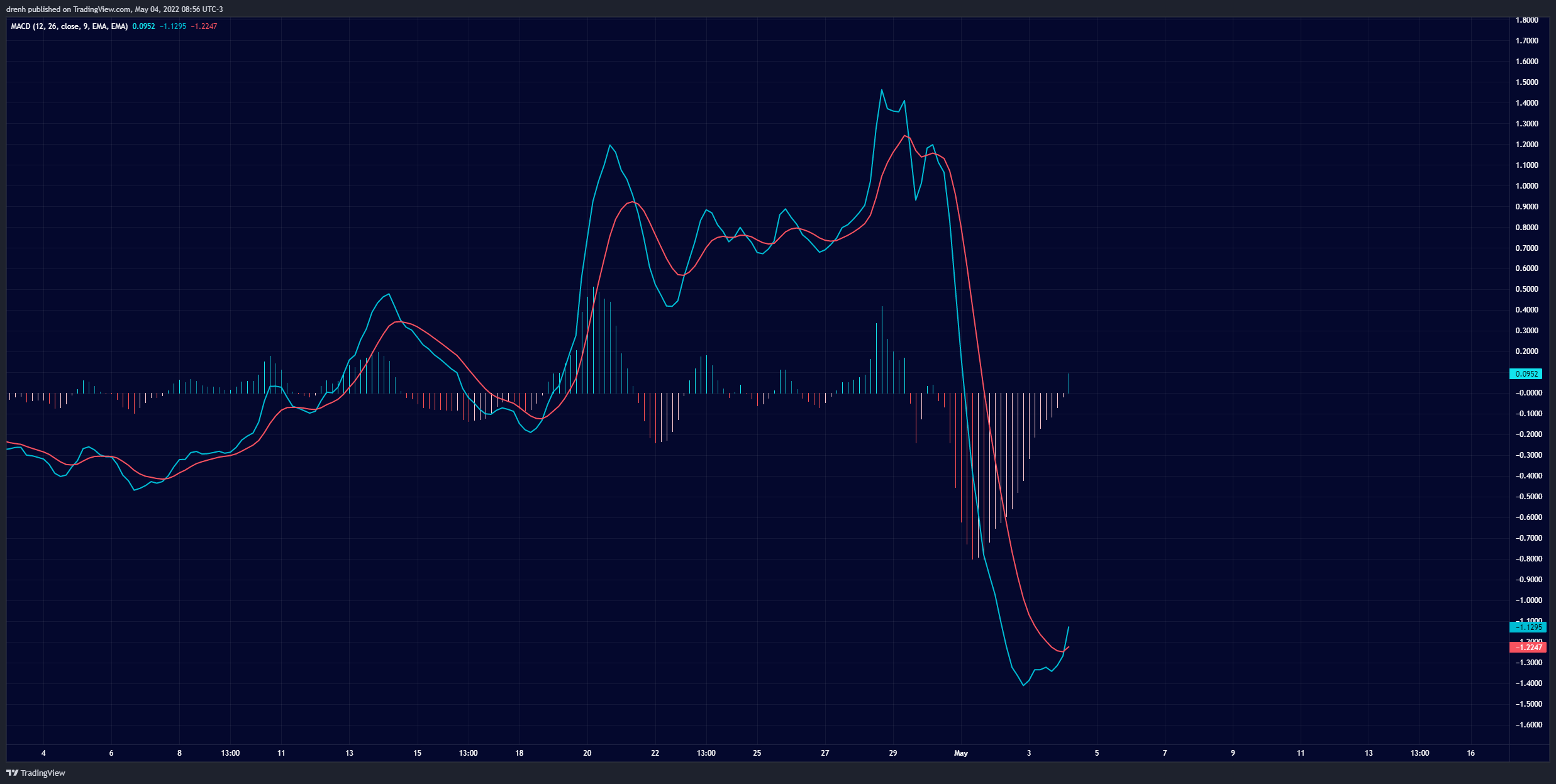 The Fibonacci retracement levels of a 4-hour chart suggest that the price of APE retraced to the 78.9% level. This level of support is usually followed by an increase to the 0% level. This means that APE may go back close to $28 if it does not face strong resistance in the coming weeks. 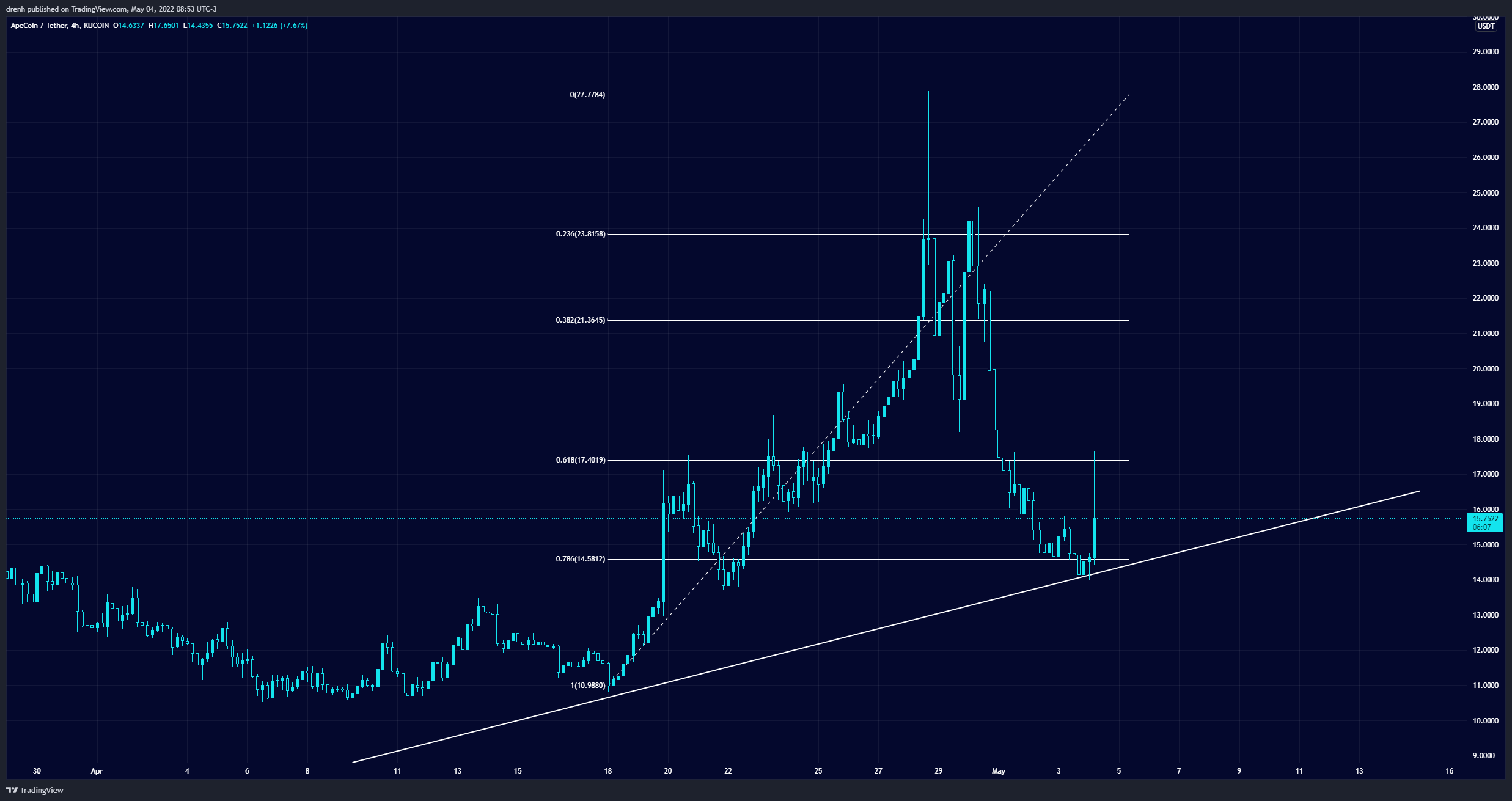 Based on this technical analysis of ApeCoin (APE), the price of APE may keep increasing in the coming weeks. If APE manages to keep the same momentum in the short run, then the price may eventually break our projected resistance and continue further high in the coming weeks. Eventually, we may see APE reach close to $30 once again if the likes of BTC maintain their bullish nature and remain above their support levels.

Despite the technical factors of ApeCoin (APE), we could see APE experience an increase in the price. On a bullish note, the price of APE had that surge in the price primarily due to the launch of the Otherside NFTs, which will be a part of the Otherside metaverse of Bored Ape Yacht Club (BAYC). With the ever-lasting hype of BAYC NFTs, this huge demand was inevitable. However, this congested the Ethereum market heavily during the time of the sale.

Otherdeeds for Otherside are here!
Buy them today with $APE or ETH.https://t.co/5c7RppHhaw pic.twitter.com/ynK6qF9jIr

In other news, ApeCoin has partnered with Polygon (MATIC) another huge blockchain that consistently comes up with new features in the market. This partnership creates more opportunities for APE hodlers. The latter can now use their APE tokens for thousands of DApps in the Polygon network.

One of the world’s largest Web3 ecosystems, @0xPolygon now supports ApeCoin making it available for 19,000+ dApps and games across the board! https://t.co/vUoGTAfqkl

Hence, despite the recent price decline, fundamentals suggest that ApeCoin (APE) is quite bullish. The price remains highly volatile. At the same time, this could prove to be useful for the ones that bought the dip.