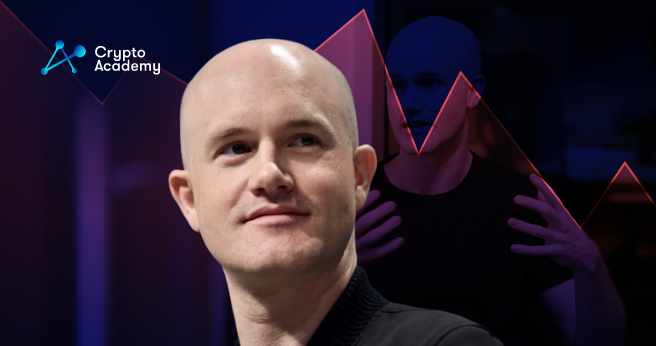 Coinbase co-founder and CEO Brian Armstrong addressed concerns about a disclosure in the most recent report issued by the company.

After the Coinbase report, which revealed the company’s losses, a claim that consumers are not covered in the event of bankruptcy has gained currency on social networks. Coinbase CEO Brian Armstrong, on the other hand, stated that the funds of users are as safe as they have ever been.

In the Q1 report for the year 2022, Coinbase revealed the first loss of $430 million that the company incurred. Moreover, the number of users trading on the exchange has decreased from 11.4 million to 9.2 million, according to the report of Coinbase.

Fears about bankruptcy protection were raised on Twitter after the loss was announced, where users cited directly from the disclosure itself, where it was mentioned that “in the event of a bankruptcy, the crypto assets we hold on behalf of our customers may be subject to bankruptcy proceedings.”

Get your #btc off exchanges@coinbase $coin noting in their 10-Q filing that *your coins* are *their property* in event of collapse, and you're treated as an unsecured creditor

Not your keys, not your #btc pic.twitter.com/9ZZiZO2t5n

Furthermore, the customers will be classified as “unsecured creditors” if this occurs, according to the report. This fueled conjecture that if Coinbase went bankrupt, the currencies it held would be considered a property of Coinbase as opposed to users.

In reaction to the consumers’ fears, Armstrong informed them that the company is not in danger of going bankrupt and that their funds are protected. He did say, though, that if the corporation went bankrupt, a court would be unlikely to recognize user holdings as part of the firm in the proceedings even if it damaged users.

3/ We believe our Prime and Custody customers have strong legal protections in their terms of service that protects their assets, even in a black swan event like this.

Under the terms of service, Armstrong also highlighted that their premier and custody users have substantial legal safeguards. Moreover, even in the event of bankruptcy, these terms preserve the holdings. He also mentioned that his team is focusing on revising their agreements to include retail users in the same safeguards.

Even though there has been a lot of negative press around the loss report, Coinbase’s CEO is still bullish and holds that the market will prevail. Coinbase has endured several cycles which were even worse with far more severe downturns, and Armstrong says that these experiences make Coinbase ideally positioned to operate in these brutal conditions.