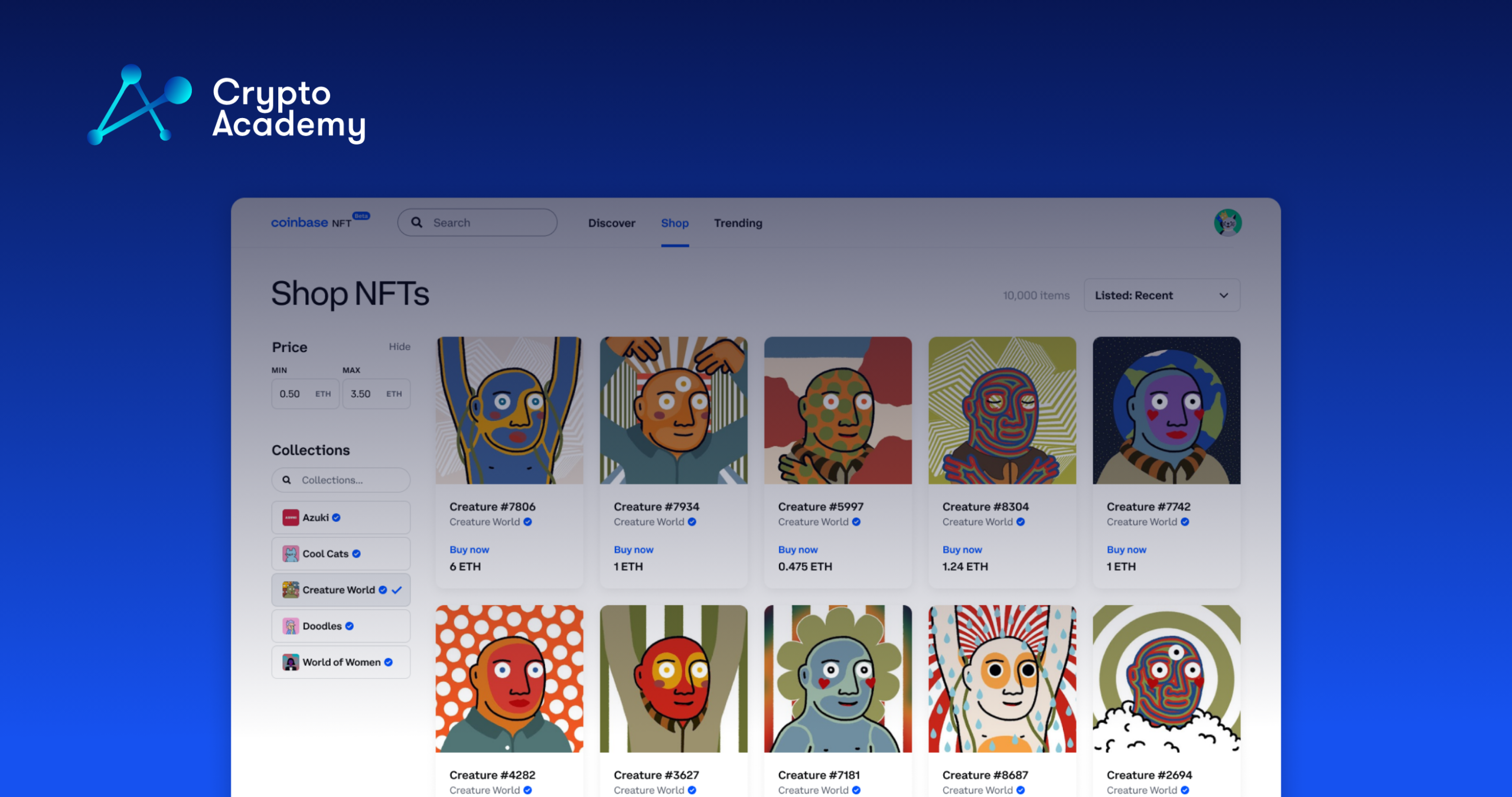 In the coming weeks, Coinbase NFT, the new Coinbase marketplace for non-fungible tokens (NFTs) will be available to all users above 18. There were over 8.4 million email addresses on the waitlist. The NFT marketplace of Coinbase has entered beta more than six months after the company first revealed plans to launch a waitlist.

Coinbase NFT beta testers will be able to create online profiles and trade NFTs. This was announced on Wednesday in a blog post from the crypto exchange. Coinbase’s vice president of product and ecosystem, Sanchan Saxena added some key design points. He noted that the design of the marketplace would be a mix of social media platforms and other NFT marketplaces, like OpeaSea.

A Community of the Ecosystem

Moreover, Saxena claims the platform will allow user and artist interaction. To discover new NFTs, users can follow creators, comment on artwork or use a tailored feed to discover new NFTs based on engagement and sales.

Regarding comment moderation, Saxena stated that users and legislators decide the law of the land. But, as a Coinbase official revealed, they are not in the business of evaluating what is moral or wrong as long as it is legal.

During the beta version development, the exchange noted there would be no transaction fees for a particular time. In addition, a partnership with 0x Labs will help cut gas expenses for Ethereum (ETH) transactions. Meanwhile, choices for wallets include self-custody or Coinbase.

As stated by Coinbase, the NFT marketplace will be available to all users above the age of 18. It also stated that it aimed to decentralize more features such as user comments.

We recently met with 100+ creators and we’re continuing to build the product based on community feedback. We appreciate your patience and can’t wait to show you what we’re cooking up.

Coinbase in the NFT Sales

More than 8.4 million email addresses were on the waitlist for Coinbase NFT at the time of the report. Furthermore, it had more than 89 million verified users who traded $547 billion worth of crypto in the last three months. Correspondingly, if the exchange’s liquidity spreads to its NFT project, that would be a big deal.

In the crypto world, Coinbase is one of a few exchanges trying to get in on the sale of NFTs. Also, Binance started selling NFTs in June 2021. Finally, in September, FTX and its U.S. arm started selling NFTs on the Solana and Ethereum blockchains, so people could trade them between them.

The data from DappRadar shows that, in terms of NFT marketplaces, OpenSea is on top. It came out with about $130 million worth of transactions in a day. Nonetheless, the recent sales of an NFT of Jack Dorsey’s first tweet show that the market may be slowing down. In 2021, a user bought the tokenized image for $2.9 million, while the highest bid at the time was about $32,000.