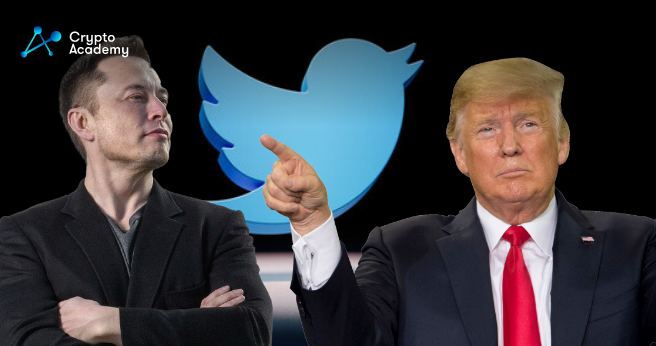 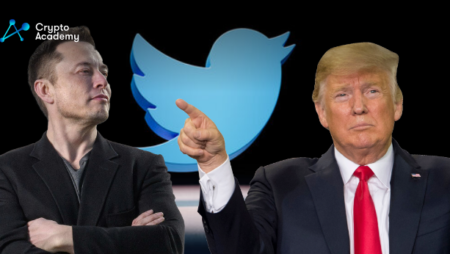 The first part of “Twitter Files,” author Matt Taibbi has provided information regarding the circumstances that led to the suspension.

Taibbi revealed screenshots of Twitter executives’ internal interactions from Slack. The latest tweets from Elon Musk are captioned “Deplatforming the President.” According to a recent discussion, Twitter officials were ready to ban future presidents, even Joe Biden. According to Taibbi, Twitter broke its own rules in the process.

Regardless of the users’ opinions on Trump’s actions, according to Taibbi, what transpired on Twitter during the entire process is of historical importance.

He claims that Twitter officials were actively filtering content at the request of the representatives of federal agencies and had strong contacts with them.

For instance, he says that on October 8, 2020, company officials set up a channel named “us2020_xfn_enforcement” where they could discuss the removal of election-related information and high-profile users.

According to Taibbi, a “high-speed Supreme Court of moderation” is made up of Twitter executives and is based on “guesses, gut instinct, even Google searches, even in situations involving the President.”

He adds that neither the Trump campaign nor the Trump administration nor Republicans submitted any demands for moderation.

According to the records, Yoel Roth, the former director of Trust and Safety, met monthly with federal agencies, including the FBI. Screenshots obtained by Taibbi reveal discussions in which Roth is evidently ghosting some of these FBI sessions.

This weekend, on Saturday, Michael Shellenberger released the fourth part of “Twitter Files” on a Twitter thread.

The latest part of these files uncovered information on Twitter’s content moderation prior to Musk centered on staff members’ responses to the attack on the U.S. Capitol on January 6. This came before President Trump’s ban on January 8, 2021.

Yoel Roth, the former head of Trust and Safety at Twitter, ordered an anonymous employee to ban the phrases “stopthesteal” and “kraken” on January 7, according to screenshots that Shellenberger posted. These terms supported the myth that Trump won the 2020 election.

Following multiple violations of the community standards, former CEO Jack Dorsey decided to impose permanent bans. A later chart from January 7 revealed that pressure from Twitter employees played a role in this decision.

On that day, Dorsey delivered an internal email to the whole firm in which he promised that the social media platform would continue to adhere to its rules.

Hours later, Roth sent a message to coworkers announcing that Dorsey had authorized a new “repeat offender” strategy to Twitter’s “strikes” system, where a user would be permanently banned after accumulating five strikes.

Shellenberger’s threat also revealed examples when workers took action against tweets or users without a particular Twitter policy to support the decision.

Just over a month after Musk bought the social media company, the first part of the “Twitter File on free speech suppression” was released. By releasing the vast collection of internal papers with former New York Times writer Bari Weiss and independent journalist Matt Taibbi, Musk is demonstrating that he is keeping his commitment to transform Twitter into a “free speech” platform by the inclusion of the threads.

Shellenberger has apparently joined their effort since then by publishing the fourth part.