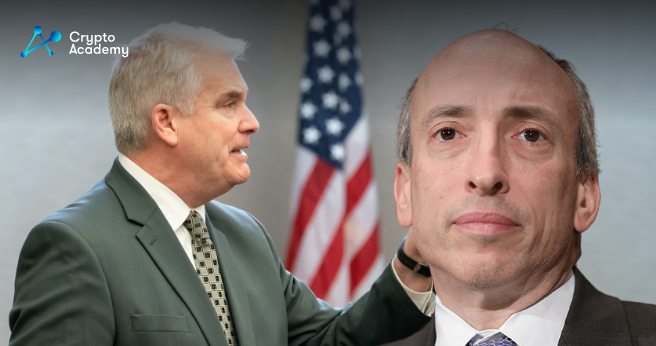 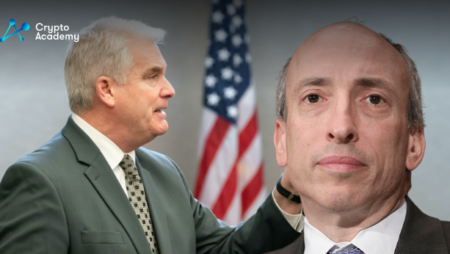 On Sunday, Tom Emmer, a representative from Minnesota, criticized Gary Gensler, the chairman of SEC, and demanded that he testifies before Congress about how he plans to regulate cryptocurrency.

Emmer claims that the SEC neglected to obtain the information from crypto firms that would have avoided catastrophes like the $32 billion collapse of FTX.

He claimed that the SEC constantly lacked clarity in regard to its strategy and was hesitant to offer insightful explanations. He cited a letter that Gensler received in March in which specific inquiries were made regarding the financial watchdog’s rules and practices. According to him, Gensler’s answer sidestepped these inquiries.

Emmer further asserted that rumors of SEC probes and investigations were cause for alarm to the Congressional Blockchain Caucus, which he co-chairs.

“Efforts to gather info on crypto companies were not targeted, intentional, or clear. Rather, the SEC’s requests were haphazard and unfocused,” Emmer said.

Emmer said that investors eventually suffer due to Gensler’s lack of openness. Gensler hasn’t appeared in front of the House Financial Services Committee in public since October of 2021, he said.

“Gensler has repeatedly dodged Congress at the expense of investors… leaving us to learn about the SEC’s crypto investigations, like the one into FTX, through the media,” he said.

Emmer expressed worry in March about the SEC’s engagement with cryptocurrency businesses. Even though he was then focused on the SEC’s information collecting, he claimed that the organization was impeding innovation at the time with an “overburdensome” approach.

“Extra-jurisdictional and burdensome reporting requirements must not weigh down crypto startups. We will ensure our regulations do not kill American innovation and opportunities,” he wrote in a tweet.

Tom Emmer also commented on the FTX collapse last month. He said that Gensler’s leadership, as well as that of the exchange’s founder and former CEO, Sam Bankman-Fried, were to blame for the company’s quick downfall rather than a failure of cryptocurrency.