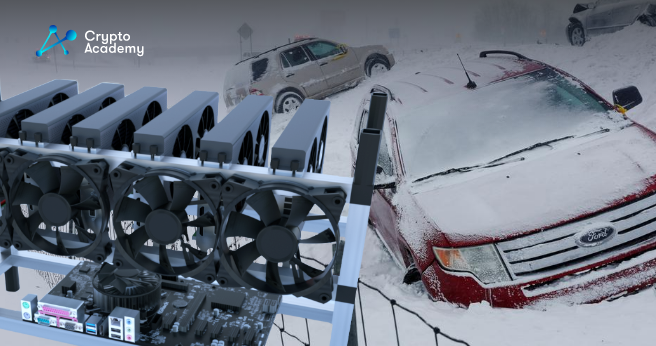 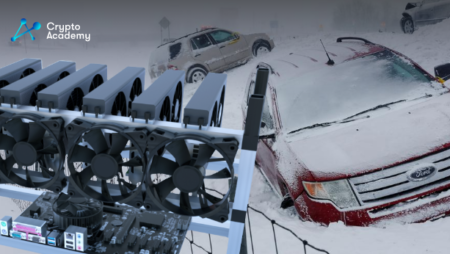 The recent winter storm in North America had a significant impact on the Bitcoin network. Over the weekend, over 40% of Bitcoin’s network computing power, or hash rate, dropped due to the storm. This comes after miners all over the United States shut down. As the world’s largest hotspot for Bitcoin miners, the storm’s effects on the industry were significant.

According to the data on BTC.com, the Bitcoin mining hash rate dropped from 250 EH/s (exahash per second) to 156 EH/s between December 21 and 24. As of Sunday, the 25th of December, the hash rate returned to normality, going strong at around 250 EH/s again. This voluntary shutdown of Bitcoin miners was necessary since the winter storm damaged the electricity infrastructure heavily. Powerful winds and extremely cold temperatures have been causing chaos throughout North America in the past 5 days.

Authorities across Northern America used a method known as curtailment to help these grids keep up. Through this practice, they shut down miners, as well as other high-consumption electric devices. During such events, these devices are shut down since the revenue brought by them is lower than the cost. The arctic storm in North America was one of the worst in history, causing temperatures as low as -45°C (-50°F) and resulting in the deaths of 37 people, CNN and BBC report.

The biggest mining pool in the United States, Foundry USA, lost half of its hash rate on Friday (December 23). As per Mining Pool Stats, this has been the biggest loss of any major mining pool in history.

Moving on, other major miners in the United States halted all operations. Two worth mentioning are Core Specific and Riot Blockchain. Core Specific has also filed for Chapter 11 bankruptcy just recently. Moreover, Texas, one of the biggest states in the United States, shut down 99% of the industrial-scale Bitcoin miners. This information was made public by the President of the Texas Blockchain Council, Lee Bratcher.

The impact of the North American storm on Bitcoin miners has prompted discussions about the importance of geographical diversification in maintaining the health of the network. Some have endorsed the idea that companies voluntarily shut down operations to return power to the grid during such events.