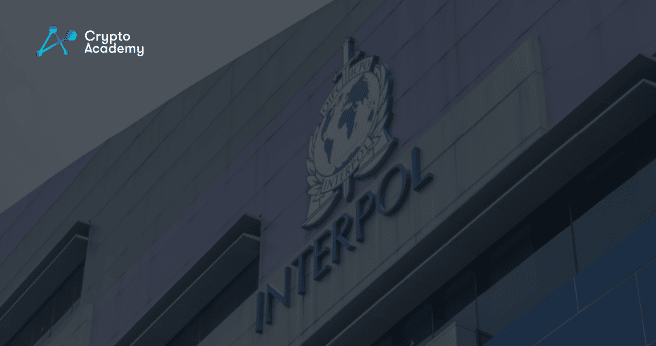 The International Criminal Police Organization (Interpol) is working on the establishment of a new unit that will mainly focus on crimes related to cryptocurrencies.

The Secretary General of Interpol Jürgen Stock recently stated that law organizations are not well prepared in terms of tracking and preventing crypto crimes.

In a wide-ranging press conference ahead of the #INTERPOLGA, I spoke about INTERPOL’s mandate, the use of Red Notices, cyber-enabled threats including financial crime, our work to combat online child sexual exploitation and terrorism. pic.twitter.com/RBVWxEtK0E

Because of that, Interpol created a new division full of experts in Singapore that will help the Singapore Government to fight against crimes that relate to cryptocurrencies.

The announcement was done recently in Delhi, where a general assembly that includes some of the highest-ranking police officials in the region, but not limited to. This issue will be the main topic of discussion during the 3-day assembly (October 18 – October 21).

Stock also stated that legalities regarding major cryptocurrencies such as Bitcoin (BTC) and Ethereum (ETH) are yet unclear and quite limiting for police to even track malicious intent. Moreover, Stock argued that proper equipment that facilitates a safer crypto “environment” is missing among law enforcement agencies.

But Stock is not the only one that thinks that there are major challenges that have prevented law enforcement from successfully preventing crypto crimes. Special Director of India’s Central Bureau of Investigations Praveen Sinha also believes that stopping cyber crimes, in general, has been difficult due to a lack of cooperation, coordination, etc.

Such news was somehow anticipated given the recent red notice to arrest Do Kwon, founder of Terra. The latter was involved in a huge algorithm malfunction which led to billions of dollars being lost, becoming one of the biggest scandals in the cryptocurrency era. While the South Korean officials suggested that the red notice be spread throughout the world because Do Kwon might be in hiding, the latter denied making any effort whatsoever from hiding.

Terraform Labs chief Do Kwon presided over one of the biggest crypto busts ever.

Here’s how he went from head of a multibillion-dollar enterprise to facing an Interpol red notice. https://t.co/GDgmOYygVv

But this is not the first time law enforcement is willing to push the agenda of more crypto regulation to prevent crimes. Back in 2015, the anonymity concept that cryptocurrencies entailed led to a rise in black market activity.

Other than that, Interpol has partnered with various cybersecurity firms over the years in order to prevent any illicit activity involving cryptocurrencies.