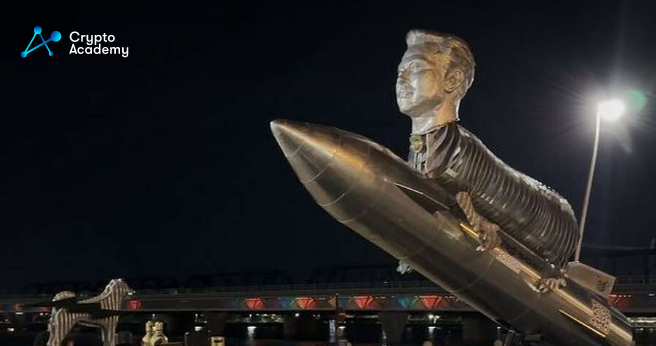 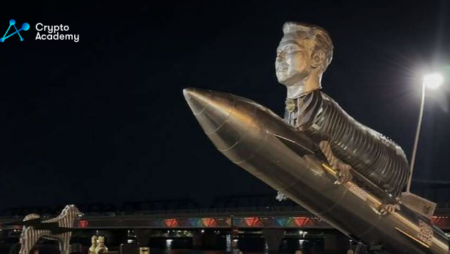 Some fans of Elon Musk gifted him a sculpture of him as a goat riding a rocket on November 26. They sent the gift to Tesla’s headquarters as a stunt to promote their token Elon GOAT Token (EGT). Per reports, this sculpture cost around $600,000. Despite the sculpture being super unique and expensive, Musk did not accept the gift. The richest person on the globe allegedly ignored them and their gesture.

Before making the sculpture, the creators of Elon GOAT Token stated that they want to gift this sculpture to Musk as a gesture of appreciation. According to their website, Musk’s accomplishments throughout the years have changed the world forever. To them and their community, Elon Musk is a GOAT – the greatest of all time. Nevertheless, Musk did not respond to any of this and decided to ignore them. While some might think that he might’ve done so in spite of arrogance, others believe that Musk simply didn’t want to give free publicity to anyone. Understanding that everything was meant to be a publicity stunt for EGT, it might’ve been a good thing that Musk ignored them.

Elon Musk has been all over the place in the past two years. In the eyes of some, he was the most influential person since the beginning of this decade. The CEO of Tesla, SpaceX, and Twitter has gathered quite a lot of fans during these past two years. First off, his involvement in the cryptocurrency industry has gained him a massive following from crypto communities. Today, every tweet of Elon Musk can affect the cryptocurrency market. The recent gesture, although it was quite an amazing one, it was simply a publicity stunt for a new token.

The Musk sculpture consists of Elon Musk riding a rocket. Musk has the body of a goat and has a huge gold-plated Dogecoin-themed necklace. This sculpture weighs more than 5,000 kg, which translates to nearly 12,000 pounds. The community of EGT is still trying to convince Musk to accept the gift. They have been all over the place on Twitter and Instagram.

If that wasn’t enough, the sculpture can MOVE! Yes, as amazing as it sounds, the Wall Street Journal reports that the Musk sculpture can move and be pointed at the sky. Moreover, the sculpture is apparently also equipped with flame lines so that it looks like the rocket is going to take off. The creator of this sculpture, Kevin Stone, claims to have worked on Musk’s head for more than six months. For your information, Stone only sculpted the face of Musk, while the body and the rocket were sculpted by Spectacle.

Musk Did Not Accept Goat Sculpture

Representatives of the EGT token claim that they are still hoping Musk will accept the huge sculpture. They believe that he might claim it at an event at Tesla, one that they call “GOATSgiving.” Nevertheless, it is highly unlikely that Musk accepts their gift. Understanding that they simply tried to get the attention of Musk so that they get exposure to +100 million of his Twitter followers, the mission failed.

The team of Elon GOAT Token won’t give up, though. They want to take the sculpture on tour if Musk doesn’t claim it. Moreover, they plan to use the sculpture to create “Elon Santa.” This new sculpture is planned to be ready for Christmas.

“Elon tweeting us would legitimize the token…”