BNBPay – The Future of Crypto Payments

The world of cryptocurrencies is expanding each day. As their popularity increases, so does the demand for cryptocurrencies. They have revolutionized the way we do transactions and lots of other services due to decentralization. Nonetheless, no matter how decentralized cryptocurrencies are, making payments with them for daily services entails extra fees and additional steps in the same way that centralized options are.

As developers began searching for ways to resolve this issue in the Ethereum network, the Binance Smart Chain was expanding and becoming one of the former’s biggest competitors. In fact, the BSC offered something better than Ethereum, which is a Proof-of-Stake (PoS) consensus mechanism instead of a Proof-of-Work (PoW). So what if we were to tell you that a new system that involved direct payments and other services using the Binance Smart Chain was in the works?

The BNBPay, labeled as the future of cryptocurrency payments, is in the works and looks to change the payment approach in a way that no other entity has managed to do yet. With their BPay token, BNBPay is starting to look like one of the most promising projects of the recent technological era. As an investor and a cryptocurrency user, you should know about BNBPay as it may soon implicate your approach to cryptocurrencies.

BNBPay is a project that plans to change the way that cryptocurrency payments are conducted. Not only that it plans to make payments fully decentralized and scalable, but it also allows you to use other features such as earning interests.

One of the main goals of BNBPay is to compete with other payment options such as PayPal, Banks, and other centralized options that are available to people now.

BNBPay plans to work in the Binance Smart Chain, and it hopes to integrate all BSC tokens that are available to users. Using such an ecosystem, BNBPay hopes to be the most scalable payment processor in the crypto market.

The team behind BNBPay is a rather experienced team, with more than a decade of experience in this industry. The developers are looking to make a Point of Sales (POS) or Point of Purchase (POP) so efficient for any type of investor or trader and any sort of business.

What’s interesting to see is the marketing strategy of this project. BNBPay describes itself as a serious project and does not look to target an audience that supports joke cryptocurrencies or other Pump-and-Dump schemes that increase massively overnight and then dip again later. BNBPay looks to become a strong, unshaken, and trusted payment processor with its BPay token.

The developers of this project look to make BPay a must-have investment all around the world, as they have the assets, the connections, and the support to make BNBPay accessible worldwide.

The main reason why BNBPay is looking to work with the Binance Smart Chain is the efficiency that the BSC provides. Firstly, the BSC uses a Proof-of-Stake-Authority (PoSA) consensus mechanism, which is similar to regular PoS. The network is secured from the staked coins that users lock. The more coins you stake, the more you can earn as a reward from the network. Not only that this PoS is more efficient than PoW, but it is also much more eco-friendly due to the low energy costs.

Using features such as the Binance Bridge, Ethereum Virtual Machine (EVM), and much more, the Binance Smart Chain has become one of the cheapest, fastest, and biggest cryptocurrency networks of 2021. Due to all these reasons, BNBPay is looking to exploit the BSC in a way that allows BNBPay to achieve its goals in an efficient and decentralized manner. 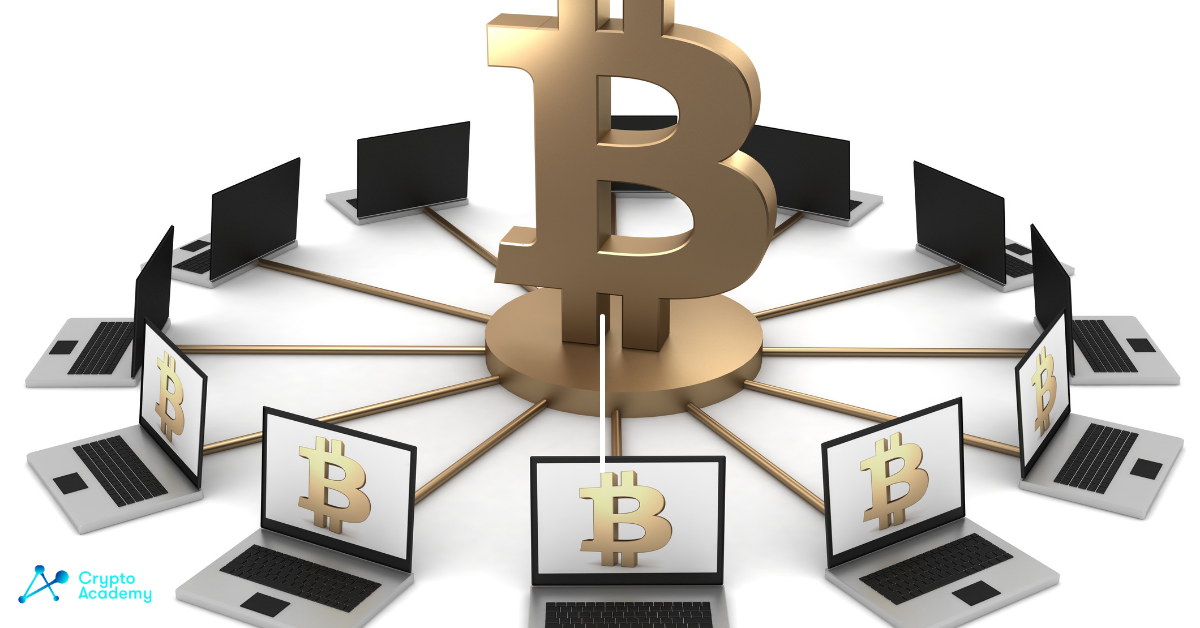 How Does BNBPay Work?

First and foremost, the BNBPay in the BSC is looking to use the ERC-1363 token technology. Moreover, the BPay token can be used for trading purposes in the BNBPay Swap feature.

The BNBPay Staking feature allows users to stake as many BSC coins as they want. The good thing about such a feature is that users can also use stable cryptocurrencies that are within the BSC network. In this way, users avoid the possibility of losing money during the locking period of staking since they cannot access their locked coins in that period. After the staking period is over, users are rewarded with additional BSC coins as a reward, utilizing the BNBPay Reward System to the fullest.

Another distinctive feature of BNBPay is the Ecommerce Checkout Extension. This feature may allow users to use BNBPay as a medium for purchasing goods online directly using their BSC tokens (i.e. BPay). This revolutionary feature can make BNBPay and the BSC the most practical cryptocurrency networks to exist in the crypto market.

After such features are successfully implemented, BNBPay is looking to create its own wallet for both iOS and Android. This safe software wallet is anticipated to be one of the best hot wallets for BSC tokens, where users can easily access their funds and use them for payments, trading, or other features.

Additionally, BNBPay is working on the finalization of the Point of Sale (POS) system, where the users can have direct access to marketplaces and buy goods directly using BNBPay. This feature also involves both iOS and Android.

With a POS system comes a POS reward system. The BNBPay may reward customers from time to time for using the BNBPay services in order to establish a stronger bond with its community.

Lastly, BNBPay plans to blend in the Decentralized Finance (DeFi) sector and provide all the DeFi services in the BNBPay platform.

As you may have understood, BPay is the native utility token that operates in the BNBPay Ecosystem. Its functions are to complete payments using the BNBPay and also use them for other services such as staking in the BSC. Another use of BPay is to pay gas fees for every service conducted with BNBPay.

As for the tokenomics of BPay, not enough information is yet known. Perhaps, the supply of BPay tokens might be large enough so that its price might not be very volatile and more inflated.

So what exactly are these ERC 1363 tokens that BNBPay tries to replicate with their BPay tokens?

How To Buy BPay?

Since BPay is yet in its early phases, it is not yet supported by major cryptocurrency exchanges, so the process of purchasing BPay may seem a little complicated at first. However, it is still quite simple.

So where does that put BNBPay in comparison with PayPal and Banks when it comes to payments?

First and foremost, BNBPay is decentralized, so additional fees are not required in the same way that centralized options have.

PayPal and banks may offer the fastest transactions because they are controlled by a central authority. However, BNBPay is looking to become the first cryptocurrency payment method that can reach or even exceed the transactions per second offered by traditional options.

The interest rates in cryptocurrencies are much better because of the lesser fees required. Loaning and borrowing are much more profitable in cryptocurrencies than with banks. Because of this, having a medium such as BNBPay to provide such features firsthand may be much more profitable for investors, especially in a network such as the Binance Smart Chain.

The BSC is known for its security, so it might not be a burden for BNBPay to provide high security for its features. The Proof-of-Stake mechanism entails security from the staked coins of the users. Moreover, not only that this can make BNBPay much more secure, but it is profitable as well.

The Future of Payment

If all goes well with the projects planned in the roadmap of BNBPay, it can become one of the biggest innovations in the BSC network since they plan to be global in the imminent future.

To conclude, BNBPay looks to become one of the most promising projects of the decade. By offering scalable payment methods that are direct and cheap, BNBPay may change cryptocurrency payments once and for all.

Rand Corporation Think Tank: Digital Trade Agreement Between the US and Japan Should Involve Crypto

Rand Corporation Think Tank: Digital Trade Agreement Between the US and Japan Should Involve Crypto

Stay on op - Ge the daily news in your inbox

This website uses cookies to improve your experience while you navigate through the website. Out of these, the cookies that are categorized as necessary are stored on your browser as they are essential for the working of basic functionalities of the website. We also use third-party cookies that help us analyze and understand how you use this website. These cookies will be stored in your browser only with your consent. You also have the option to opt-out of these cookies. But opting out of some of these cookies may affect your browsing experience.
Necessary Always Enabled
Necessary cookies are absolutely essential for the website to function properly. These cookies ensure basic functionalities and security features of the website, anonymously.
Functional
Functional cookies help to perform certain functionalities like sharing the content of the website on social media platforms, collect feedbacks, and other third-party features.
Performance
Performance cookies are used to understand and analyze the key performance indexes of the website which helps in delivering a better user experience for the visitors.
Analytics
Analytical cookies are used to understand how visitors interact with the website. These cookies help provide information on metrics the number of visitors, bounce rate, traffic source, etc.
Advertisement
Advertisement cookies are used to provide visitors with relevant ads and marketing campaigns. These cookies track visitors across websites and collect information to provide customized ads.
Others
Other uncategorized cookies are those that are being analyzed and have not been classified into a category as yet.
SAVE & ACCEPT