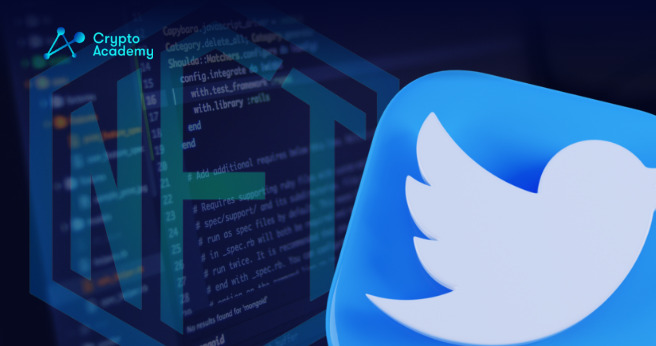 The new hot topic that is taking a key role recently in the market is non-fungible tokens (NFTs). As the expansion of this industry is thriving among days, there comes hatred alongside. As reported by Crypto Academy, one of the world’s most known social media platforms, Twitter, has launched its profile verification through NFTs. However, as per the record, people who want to prove their own NFTs can do this by a hexagon-shaped profile picture. While many love the new Twitter NFT PFPs, some users have expressed their displeasure.

Lately, through different debates and tweets, we notice a division between two groups of people: those that love NFTs and those that actually hate NFTs for various reasons of their own. But, on the other hand, we see lots of large brands, corporations, and companies diving into the cryptocurrency and NFT marketplace.

As the fighting between cryptocurrency enthusiasts and the mocking side about NFTs continues, it has incited the software engineers to take action regarding this concern. Accordingly, a developer has come up with a solution for those who do not like the NFT community. The innovative solution involves a tool that is a browser plugin that automatically blocks Twitter accounts with hexagon profile pictures. For those interested in this new tool, here is how it works. As soon as the user hits the button ‘run NFT block,’ it will search the page, and anyone with the hexagon icon will be blocked. Moreover, according to the developer, future versions of the app will automatically examine the user’s alerts and stop them.

The New Twitter Solution for The Community Against NFTs

The newly developed tool operates on the Twitter Block Chain plugin. This plugin restricts access to a single website for everyone using it. However, now it is adapted to block only those with NFT profile images.

The developer working on this stated that NFTs are investment fraud. They added three reasons why a user would wish to ban individuals who are promoting their NFTs on the internet. One of the reasons is global warming, followed by the other reason that there are art thefts and frauds in the NFT market. In addition, they noted that NFT users are just annoying all over the place. Despite this, people who invest in NFTs must continue encouraging others to do the same. Otherwise, their investments will lose value. Nonetheless, others not involved in NFTs do not want this pressure; thus, these actions irritate them.

The Twitter NFT groups are popular with sockpuppet accounts, dogpiling, and indistinguishable monkey clones. Hence, according to the developer, Twitter may be a better place after blocking NFT users. However, there’s a drawback. Automated behavior may be detected by Twitter. The best solution to avoid account suspension in this scenario would be providing a phone number as proof of identity.