The Mayor of Miami Claims to Still Accept BTC as Payment 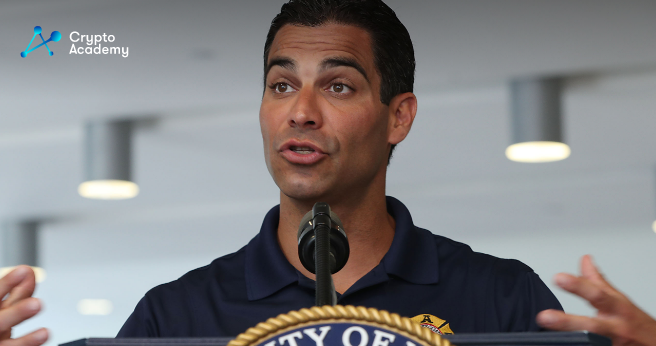 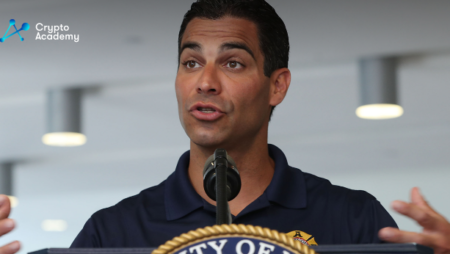 Francis Suarez, the mayor of Miami, declared that notwithstanding the continuing market fluctuation, he continues to accept Bitcoin (BTC) as payment.

He stated at a press conference after presenting at a conference that he had just bought the dip. Suarez, the head of the Conference of Mayors in the United States, initially declared just last year that he would make history by becoming the first American politician to receive his formal salary in Bitcoin (BTC).

He made the announcement days prior to the price of the cryptocurrency reaching an ATH of $68,789 in November 2021. Suarez has stated that his mayoral income is not his sole source of revenue as he also holds work as a lawyer and with private equity, despite the fact that the value of the digital currency has decreased by almost 76% since he originally announced the proposal.

Suarez, who regularly calls Miami the “capital of capital,” has been among the most outspoken supporters of establishing the city as a new hub for innovation, banking, and cryptocurrencies. Some have condemned this excitement, lamenting the increase in housing costs, while others have pointed out the volatility of the price of virtual assets. In light of the well-publicized failure of FTX, he sounded an upbeat note at a conference on November 29, telling the audience that it was time to seize the opportunity and innovate.

He declared during the MiamiWeb3 event, which was jointly organized by CTH Group and the City of Miami, to thunderous applause, Web3 and crypto are not going anywhere. He went on to say, “Sometimes we just have to breathe, right? We have to remember that this technology is new. Not every iteration is going to succeed. Not every company is going to succeed.” Suarez advocated for aggressive legislation that would safeguard people from scams while not impeding the growth of the fledgling sector.

The Mayor urged a joint approach towards the regulatory framework of the industry, positing that “If the leaders who now emerge from this winter come together and help lawmakers find the right regulatory benchmarks to make sure that this technology helps people, raises democratizing investment and wealth creation opportunities, and doesn’t hurt people and rob them of their hard-earned savings.”

Many have pondered the potential effects of the failure of FTX on the city’s attempts to establish itself as a leader in the industry on a worldwide scale. Authorities in Miami-Dade County quickly announced that they would sever their commercial links with FTX and have the name of the exchange platform removed from the renowned downtown arena where the NBA’s Miami Heat play. In that, Suarez said that the city was completely insulated from FTX and that the economy was adequately diversified to withstand any slump that might happen in a particular sector.