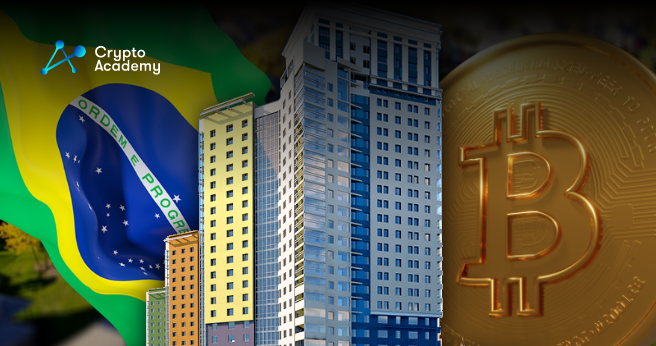 According to a news release, the firm’s decision to accept bitcoin was based on the technology’s capacity to provide new opportunities for innovation in the financial industry. The acceptance of cryptocurrency will be done via the local exchange Foxbit, the corporation announced.

One of the main components that led the company to consider this option is the growth of the crypto industry – stated Guilherme Augusto Soares Benevides, Gafisa’s chief executive officer.

“There is no way to conduct business without embracing crypto as a method of payment because, on top of offering an additional payment option for the buyer, the usage of the currency promotes the best for our customers.” Benevides

Brazil has emerged as one of the most prominent supporters due to the rapid growth of digital currency usage in the country. The country ranks sixth in terms of value exchanged on the blockchain, according to a Chainalysis report.

Cryptocurrency has gotten so popular to the point where it is now widely used, regardless that Bitcoin is not accepted as a payment method by the Central Bank of Brazil. The widespread nature of this activity is illustrated by the involvement of large firms listed on the stock market.

Brazil is Hungry for Crypto

“Bitcoin is the most valuable cryptocurrency by market capitalization and technologically the biggest currency in history”; “It is a currency that is gaining in popularity daily, hence broadening its applications.” – Benevides

Gafisa accepts a plethora of virtual currencies in addition to Bitcoin, including Cardano ($ADA), Ethereum ($ETH), Ripple ($XRP), and Solana ($SOL). The enterprise accepts a total of 16 different cryptocurrencies as payment.

The corporation is one of the leading real estate developers in the country as one in every 130 Brazilians reside in one of Gafisa’s properties. Buyers must submit documents stating their intentions to purchase real estate using cryptocurrencies. The firm will then thoroughly review this form before providing the customer with a wallet address.

Last week pinned the seventh weekly drop of Bitcoin prices making it the longest period in recorded history. Nonetheless, despite the market’s upbeat outlook, it ended the week on a pessimistic note, sparking considerable concern among investors.