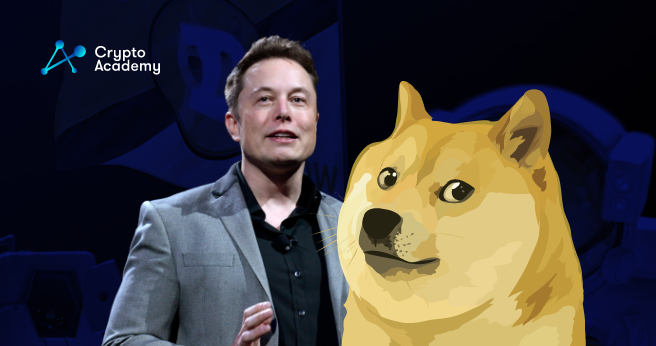 The CEO of Tesla, Elon Musk shared a Dogecoin video on Twitter. The aim of this video is to explain everything about Bitcoin mining.

Musk shared the video on the 1st of April. The initiative comes as a reply to a tweet about Bitcoin by Ark Invest’s director of research, Brett Winton. In the tweet, Winton talked about a conversation he had with his mom on the 1st of April. The topic was BTC mining. In regard, he found it difficult to explain to his mom that BTC miners are computers.

In response to this tweet, Musk came to help with a meme video called ” Ð is for Ðogecoin”. Moreover, he suggested showing this video to her. Everything explained is in there, added Musk.

Just show her this video explains everything https://t.co/UEEocOfcTb

In the short video, the DOGE mascot takes a trip to the moon. Through this feature, it represents the price of DOGE had skyrocketed. In the meantime, Shiba Inu is represented on a rocket passing Bitcoin and other major currencies. Correspondingly, Winton responded to Musk after watching the video. A meme that goes too far for her, I’m afraid,” he said. In contrast, his 5-year-old is now trying to open a Coinbase account.

Regarding the video, Dogecoin co-creator Billy Markus expressed his opinion. He said that the meme video was the greatest cryptocurrency video in history. As per the record, Musk has previously posted this video on Twitter, on Feb. 7 of last year. He shared the video with the title: “Ð is for Ðogecoin! Instructive video.”

Following on the DOGE community, it is a big deal that Elon Musk tweeted about the cryptocurrency again. He is known as the “Dogefather” because his tweets have pushed the price of Dogecoin up for a long time.

Bitcoin.com Markets data shows that Dogecoin is ranked the 12th largest cryptocurrency by market capitalization. At this time of writing, it is trading at $0.1431 per coin. However, Musk’s newest DOGE tweet had little effect on the market. As of the time he tweeted, the meme coin was trading at about $0.1420.

According to Musk, he holds Bitcoin, Ethereum, and Dogecoin. In particular, he has made it clear that he will not be selling any of these digital assets. Elon Musk believes that DOGE is the ideal cryptocurrency to use for transactions. He thinks DOGE is the people’s crypto. On the other hand, Musk views BTC as a form of a financial asset. There are a few products at his company that may be purchased using DOGE.