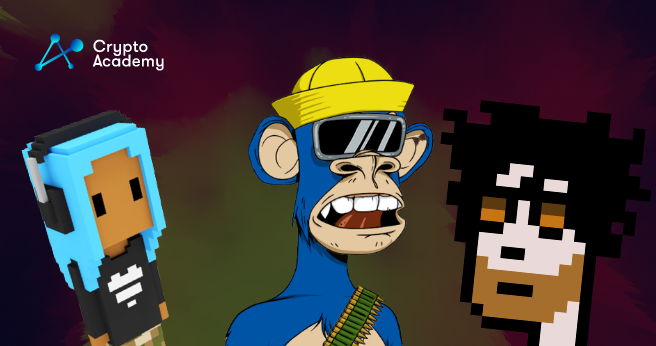 By taking such a decision, Yuga Labs wants to grow its community even more. Currently, they own three of the biggest NFT collections in the market. What makes this occurrence special is commercialization rights. That is right; Yuga Labs plans to grant all CryptoPunks and Meebit owners intellectual and commercial rights. Unlike BAYC owners, CryptoPunk and Meebit holders don’t have intellectual property rights, nor do they have commercial rights – and Yuga Labs will change that.

Some big news to share today: Yuga has acquired the CryptoPunks and Meebits collections from @LarvaLabs, and the first thing we’re doing is giving full commercial rights to the NFT holders. Just like we did for BAYC and MAYC owners. pic.twitter.com/lAIKKvoEDj

The Boom of NFTs

The non-fungible token (NFT) market went on a rollercoaster in 2021, experiencing tremendous growth. This sector of the crypto market grew so fast that it created a bubble. This bubble burst with the start of the year 2022, however. Although the bubble did burst and the NFT market took somewhat of a hit, several collections are still flourishing.

Together with the CryptoPunks, the Bored Ape Yacht Club collection boomed as well. Today, the Metaverse is the main thing people are talking about. A digital world where people interact with each other on a daily basis. However, many say that the key to creating successful Metaverse projects is NFT collections. Well, time will tell whether they are right or not.

The debate of whether CryptoPunks or the Bored Ape Yach Club is the better collection is never-ending. Well, we don’t know either. However, we cannot deny the fact that both of these collections will forever stay in the history of NFTs.

On one hand, we have the CryptoPunks collection which basically shaped the NFT standard that we see today. Before the term non-fungible token even existed, the CryptoPunks collection made its debut. In the beginning, you could acquire a CryptoPunk for free by connecting your Metamask wallet to their website. Well, not long after that, the ERC-721 standard was created in the Ethereum network. So, CryptoPunks literally shaped the NFT world that we see today. They were the inspiration behind the creation of the NFT token standard in the blockchain world.

On the other hand, we have the Bored Ape Yacht Club, which has some of the biggest influencers in its community. Similar to nearly every NFT collection, the BAYC collection was inspired by the CryptoPunk collection. They made their debut in April 2021 and gained attention quickly. Today, the BAYC collection is the most famous one. Celebrities such as Lil Baby, Snoop Dogg, and Eminem have bought at least one Bored Ape. This collection blew up so fast that they recently flipped the floor price of CryptoPunks. They have an all-time trading volume of Ξ420,700 which translates to billions of dollars. The price of a Bored Ape is volatile, of course, but is not likely to go under Ξ50 in the future.

So, both of these collections have their own achievements and have already secured their spot in making history. Who would’ve thought that people would spend millions to buy a JPEG of an Ape after all?

Why Did Yuga Labs Buy CryptoPunks and Meebits?

When I first heard about the acquisition of CryptoPunks and Meebits from Yuga Labs, I immediately thought of money. Logically, Yuga Labs was buying their competitors so that they have no threats. However, what is interesting about this purchase is that it won’t make Yuga Labs money.

This is because Larva Labs did not include royalties in either the CryptoPunks or the Meebits collections. Yuga Labs claims that they won’t change this. Moreover, they state that the reason behind this purchase is to give intellectual and commercial rights to holders (HODLers).