The Chair of CFTC Calls for Crypto Regulation 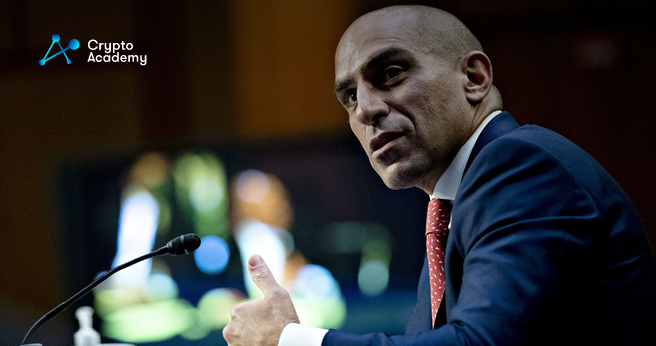 The Chair of the Commodity Futures Trading Commission, Rostin Behnam, stated that he has instructed members of the CFTC to make preparations to be the primary regulator in the cryptocurrency industry. This is among the most constructive initiatives to bring a comprehensive regulatory framework to the landscape of cryptocurrencies.

Behnam’s action was motivated by the Senate Agriculture Committee’s impending approval of the CFTC as the regulator for the spot cryptocurrencies market, which is predicated on a definition of assets such as Bitcoin (BTC) as commodities.

“The volatility in the market, and its impact on retail customers – which may only worsen under current macroeconomic conditions – emphasizes the immediate need for regulatory clarity and market protections,” noted Behnam in the written testimony for the Senate Committee. He went on to say “CFTC’s expertise and experience make it the right regulator for the digital asset commodity market.”

The Securities and Exchange Commission (SEC) or the Commodity Futures Trading Commission (CFTC) has been contested as the most suitable regulatory body to regulate the crypto industry. The Senate Agriculture Committee’s proposal will only give the CFTC a limited amount of authority; the courts will ultimately decide how much control each agency will have over the industry for digital currencies.

The SEC and prominent cryptocurrency actors have been involved in numerous unnecessary litigation disputes over the years due to the lack of a comprehensive definition of which virtual currencies are securities and which do not belong in this category.

The SEC has declared 9 cryptocurrencies on Coinbase Exchange to be securities, whereas blockchain payments company Ripple Labs Inc. is currently engaged in a protracted legal dispute with the agency over the classification of securities for the XRP.

Industry professionals are calling for a thorough regulation to be adopted so that all sides can recognize what is possible, even though it is still uncertain whether the SEC would sue Coinbase. The Senate Committee’s decision to give the CFTC control could be a highly significant step in that direction.