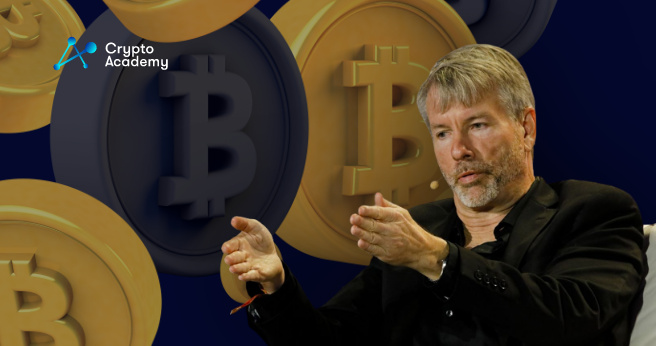 Michael Saylor, chairman, and CEO of MicroStrategy, has denied reports that the company is discreetly liquidating its Bitcoin (BTC) holdings.

Saylor emphasized via his Twitter account that MicroStrategy is mandated by law to file all transactions with the Securities and Exchange Commission (SEC) as it is a publicly-traded corporation.

Allegations of Microstrategy liquidating its Bitcoin (BTC) holdings surfaced following the movement of a considerable sum of the flagship digital asset by an address described as “1P5ZED.” Analysts and Bitcoin (BTC) aficionados believe that the whale was most probably a cryptocurrency exchange or MicroStrategy.

Michael Saylor highlighted in his tweet that shareholders would be told if Bitcoin (BTC) was liquidated, and besides, MicroStrategy is dedicated to forever keeping its Bitcoin (BTC) holdings and never selling them. His exact words were: “Not sure who needs to know this, but when $MSTR makes any material change to its corporate strategy (to acquire & hold Bitcoin) or to its Bitcoin holdings, we disclose this to our shareholders via SEC filings, available to all.”

Saylor has surfaced as a major advocate of cryptocurrencies, spearheading institutional investment in Bitcoin (BTC), and even though the asset is quite volatile, Saylor has maintained a bullish attitude in relation to the potential of Bitcoin (BTC).

Saylor emphasized that MicroStrategy intends to keep investing in Bitcoin (BTC) with the expectation of mass adoption. This is in response to the recommendation of the Securities and Exchange Commission (SEC) that the company change its reporting in upcoming filings in light of the significant volatility of the asset. MicroStrategy, which is widely regarded as having paved the road for institutional investors to invest in Bitcoin (BTC), is preoccupied with identifying revenue streams for the asset’s accumulation.

MicroStrategy has increased its Bitcoin holdings to about 130,000 BTC after investing an extra $200 million via a loan. The bullish attitude towards Bitcoin (BTC) is attributed to the strong conviction of Michael Saylor that the flagship cryptocurrency is instrumental in addressing some of the problems in the existing financial system, paving the way for new and more efficient solutions.

As per Saylor, Bitcoin (BTC) is a vital hedge against inflation, leaving behind even gold and the Nasdaq among the foremost conventional commodities.