Ethereum’s Last Test Run Before the Biggest Crypto Event is Over. 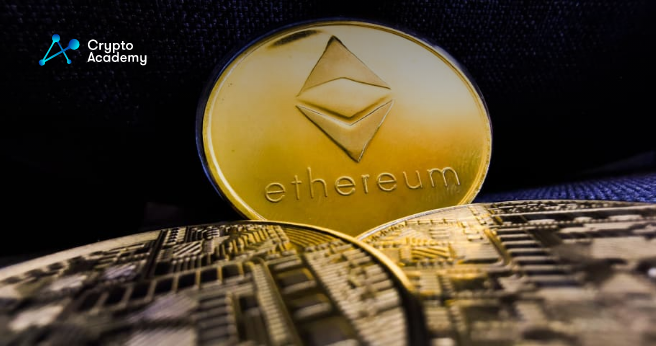 The last practice run for Ethereum’s long-awaited update, which has been touted as one of the most significant events in the history of cryptocurrencies, was just completed.

The so-called proof-of-work technique has been used for mining Ethereum since the cryptocurrency was launched about a decade ago. It needs an excessive amount of energy as well as the solving of difficult mathematical problems by an enormous number of competing machines. The mining of bitcoin uses a very similar procedure, which is not entirely eco friendly.

Proof of stake is a new revolution for computer networks that Ethereum has been attempting to transition to as part of its ongoing development. The new technique requires users to use their current cache of ether as a tool to authenticate transactions and issue tokens.

This replaces the previous method, which relied on mining, which is an electricity-intensive process. It consumes a significantly lower amount of electricity and is anticipated to result in transactions being completed much more quickly.

The last of the tests was administered on Wednesday night at around 9:45 p.m. Eastern Time. When it comes to a trial run such as this one, a developer working for the Ethereum Foundation stated on Twitter that the most meaningful indicator for performance is checking the amount of time it takes to reach finalisation. 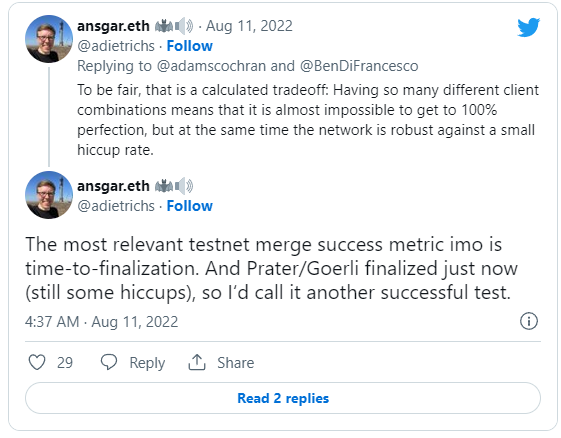 On Thursday, a gathering of developers working on the fundamental components of Ethereum will have a meeting to discuss the date of the upgrade. The previous guidelines suggested that the merger ought to become official around the middle of September.

Over the course of the past few years, the changeover date for Ethereum has been continuously pushed back. According to the developers who spoke with CNBC, the pace of the merging has been delayed in order to enable appropriate time for study, planning, and implementation.

Since December 2020, members of the Ethereum community have been putting the proof-of-stake process through its paces on a chain known as beacon. This chain is operating concurrently with the previously established proof-of-work chain. Beacon has found solutions to a few significant issues.

In order to participate in the system, according to Beiko, the first plan demanded that validators have a stake equal to 1,500 ether, which is now worth around $2.7 million. The current plan for proof-of-stake lowers the hurdle, requiring interested individuals to have only 32 ether, which is equivalent to around $57,000.