Cubans Join Cryptocurrency Path Due to The Country’s Sanctions 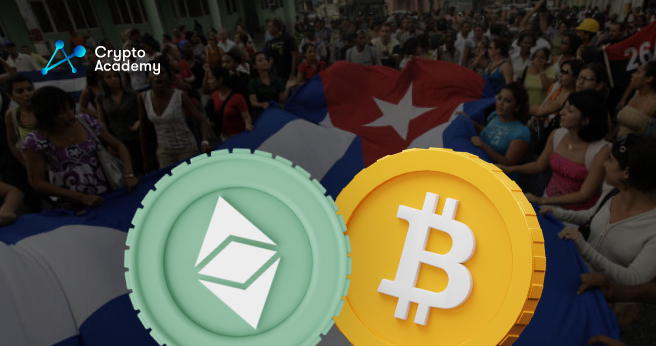 More than 100,000 Cubans chose the crypto path for financial freedom. The main factor for this choice is the U.S. sanctions on international trade.

Crypto Is the First Choice of Businesses

Currently, Cuba is facing some U.S. sanctions. These sanctions do not allow the use of international debit and credit cards. The list of banned financial cards includes Paypal, Pioneer, and Zelle. As a result of this, a majority of Cuban businesses have chosen cryptocurrency for their transactions. In the previous years, these businesses benefited from the use of mobile internet. In relation, the expansion of smartphones and mobile internet brought a lot of opportunities to the island nation. This advancement in technology opened doors to financial freedom for many people who did not have access to banks’ services. Henceforth, local firms’ owners think that digital currencies embracement is another good opportunity for them. They strongly believe that this crypto path will make their services independent of traditional payment methods.

Following the statement of Dr. Emily Morris, an Economist from University College London, she notes the crypto adoption of citizens. In regard, she emphasizes the advantages of making direct transactions without the need for a bank. Morris says that this would be in the interest of the businesses.

The Framework of Regulations in Cuba

During the first few months of the pandemic, there has been an increase in crypto activity. This resulted due to a lack of rules in the country prior to the outbreak. Many local crypto exchanges revealed data about a higher number of people using their services. Moreover, there were rumors that the Cuban government has invested in cryptocurrencies in 2021. A few days later, the Cuban central bank declared that it would be undertaking a mission to study the legislation on cryptocurrency. In regard, the bank noted it would take an action plan for registering and licensing crypto service providers. To monitor all crypto operations and prevent unlawful and fraudulent acts, crypto payment authorizations will only be provided in cases of “socio-economic interest.”

Furthermore, the Cuban central bank announced earlier this month that it intends to implement a regulatory framework for digital assets. As reported, it will begin with a mandatory license for virtual asset service providers. Meanwhile, the central bank has already issued a Central Bank Digital Currency (CBDC). On the other hand, Cuba’s President, Miguel Diaz-Canel, has shown his support for the industry and is looking into the possibility of legalizing cryptocurrency payments. This has sparked speculation that Cuba will follow El Salvador’s lead and accept Bitcoin as legal cash as well.