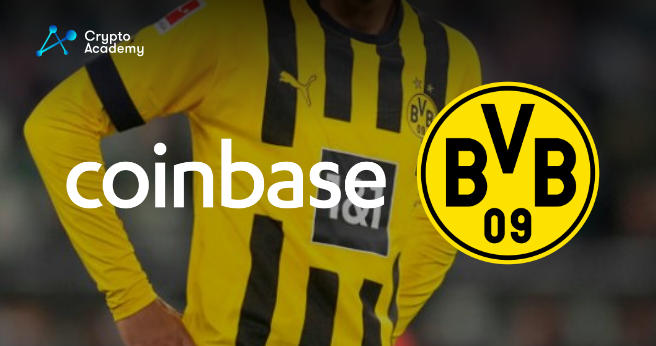 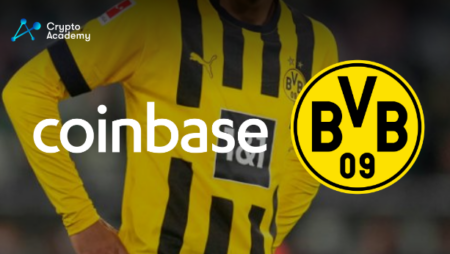 According to reports, the US-based cryptocurrency exchange Coinbase has strengthened its partnership with Borussia Dortmund (BVB), one of Germany’s most successful soccer clubs.

The agreement, which made the platform a Premium Partner of the Bundesliga team, is valid until the end of June.

In July of last year, Coinbase and Borussia Dortmund began a relationship by broadcasting advertisements on the stadium’s video displays. Recent reports claim that the two have strengthened their cooperation.

In accordance with the new agreements, Coinbase will represent BVB as a Premium Partner, market its goods and services at Signal-Iduna-Park, the club’s home field and the biggest stadium in Germany, and offer crypto education initiatives for the team’s staff.

How much Coinbase spent to seal the deal is still a mystery. Carsten Cramer, the managing director of Borussia Dortmund, stated that it will continue until the end of June but may be extended depending on the state of the cryptocurrency market going forward:

“The industry is very exciting but still new. That’s why we want to keep our flexibility open.”

According to Cramer, the BaFin license held by Coinbase was a “fundamental need” for the relationship. The corporation is one of the few crypto businesses registered with the German financial watchdog.

Despite its most recent growth, the exchange has been dealing with serious issues throughout the weak market. It let go around 18% of its whole workforce last summer, and 950 more were let go early this month.

Additionally, it declared that it would quit doing business in Japan due to the country’s unfavorable economic climate.

While deposits were stopped on January 20, local customers have until mid-February to remove their assets from the site.