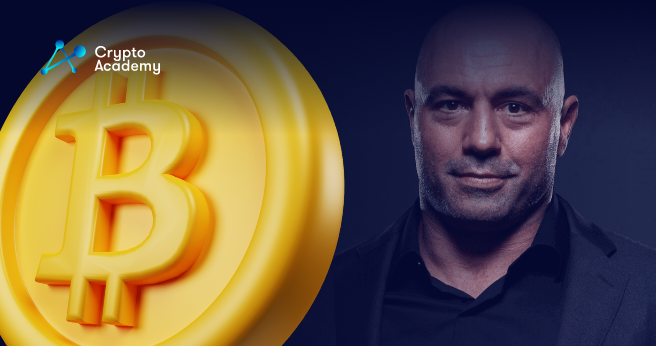 While Bitcoin (BTC) continues to gradually rebound after a rough week for the bulk of the crypto market, a controversial American podcaster among other public figures is stepping out as an ardent proponent of the biggest cryptocurrency.

The commentator of the Ultimate Fighter Championship (UFC) and the host of the Joe Rogan Experience, Joe Rogan, said during his May 3 podcast show featuring Khalil Rountree, the mixed martial artist that Bitcoin (BTC) is “a viable form of currency.”

Joe elaborated the following: “I think of Bitcoin in the same way I think about the early internet. I think they didn’t see it coming and now it’s a viable form of currency and you can actually buy things with it and I think the government is freaking out.”

Rogan further expressed fears that the government was attempting to stifle and regulate cryptocurrency in a comparable way that it allegedly attempted to regulate the internet throughout the Obama administration which as per his arguments, this plan had failed due to popular outrage.

Joe further said that “there’s going to come a time where some government, whether it’s the United States or another government, they’re going to try to implement – I know they already do it in China – but they’re going to try to implement a digital currency, a centralized digital currency that they can control (…) That could be a real thing where they could literally limit what you spend your money on 1,000%.”

Actually, the central bank of China is experimenting with its central bank digital currency (CBDC) with a fresh digital yuan giveaway, with households set to earn 15 million yuan in digital RMB, equivalent to $2.27 million.

The podcast presenter is the most recent in a long line of celebs, legislators, organizations, corporations, and others gravitating to cryptocurrency as it gains acceptance worldwide, particularly in the Central African Republic (CAR), where Bitcoin (BTC) has just been officially accepted as legal currency.

In the meantime, several governments in the United States are looking for methods to ride on the crypto wave. Tennessee is the most recent, which has begun to investigate vendors that can assist it in holding cryptocurrency.

In other parts of the US, specifically, the city of Fort Worth, Texas, acknowledged the possibilities of mining for its community by deciding to accept a contribution of three Bitcoin (BTC) mining equipment from the Texas Blockchain Council, an advocacy group for the industry.