Bitcoin Becomes A Legal Tender in The Central African Republic 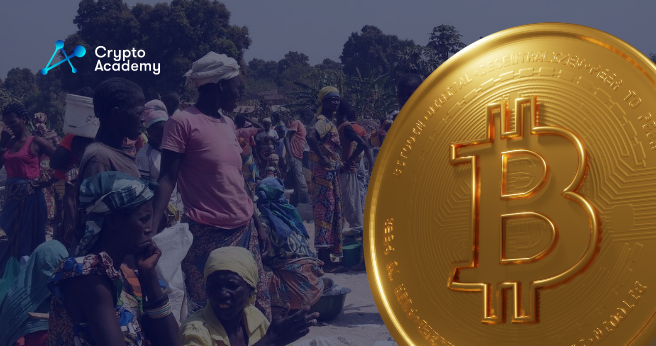 The Central African Republic (CAR) has passed a law that makes BTC legal tender in the country. After El Salvador, the CAR became the second country in the world to adopt Bitcoin (BTC). CAR is also the first African country to legalize cryptocurrencies as a form of payment. The decision was first announced by Gourna Zacko, the minister of the digital economy, post services, and telecommunications, and Calixte Nganongo, the finance minister.

This is the country’s attempt to develop its economy. In regard to this decision, both ministers collaborated on a framework for Bitcoin acceptance and cryptocurrency regulation in CAR. Afterward, the Council of Ministers approved it.

The Inspiration Comes by El Salvador

The law lists all of the payment methods that can be used to help people buy and sell BTC in a way that is legal and safe. Additionally, popular crypto investors and fans have praised this move. They are calling it “another domino” to fall after El Salvador made a big step by making Bitcoin legal tender last year.

When the Central African Republic starts using Bitcoin, the country’s infrastructure will be rebuilt. The program will introduce and use blockchain technology in many parts of the country’s economy. This will give it a new Web 3.0 boost. CAR parties Mouvement Coeur Unis and MOUNI, the two biggest ones, have both said they want to use crypto and blockchain technology.

There has been a lot of support for BTC law from president Nayib Bukele in El Salvador. On the other hand, President Bukele spoke out against anyone who did not agree with him.

Since its adoption, the country has seen a huge rise in the number of tourists and a lot of investment. In addition, a lot of Salvadorans who live outside the country now have a simple and cheaper way to send money home. On the contrary, before this law, they had to use the US dollar to send money home. Currently, to make it easier for people to buy and sell Bitcoin, El Salvador has also made the Chivo wallet app and ATMs available.

It seems like El Salvador is inspiring a lot of other countries. Among these countries is an autonomous region of Portugal, and Prospera, an island under the control of Honduras. It has also said that they plan to accept Bitcoin as payment.