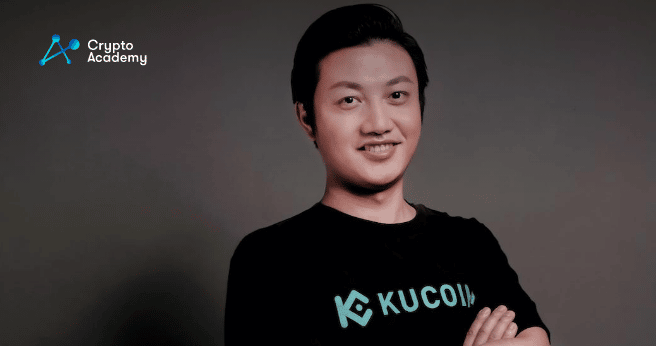 According to KuCoin CEO Johnny Lyu, the company wants to make further investments and build infrastructure in the Indian market.

He also disclosed that there would be a significant increase in the number of new users in 2022, with Indian consumers accounting for over 1000% of that rise.

All reports, including those regarding insolvency, withdrawal pauses, job losses, and Terra (LUNA) risk, were denied by Johnny Lyu.

Indian users have grown by 1251% in the first half of 2022, according to Johnny Lyu, CEO of KuCoin, in a chat with a local news outlet on July 25. Additionally, the CEO of KuCoin disclosed plans for the next investments and infrastructure development in the Indian market.

KuCoin CEO Lyu believes that there are several prospects for development and collaboration in the Indian industry, despite the tightening of regulations, the crypto tax in India, and the continuing crypto crisis. In 2022, KuCoin reached approximately 5.6 million, a 659% increase from the same time the previous year.

“No matter what the current condition is, as a trading platform which is about to be five years old, we are looking at the future. I believe that through the future investment and infrastructure construction of KuCoin in the Indian market the growth of the Indian market is worth looking forward to.”

India’s expanding cryptocurrency industry, according to KuCoin CEO, and its “full of talent” population make it a highly promising market. Due to the widespread usage of cryptocurrencies, he also thinks that taxing them indicates that a nation is becoming ready to regulate them.

KuCoin has also been hit by the challenging recent times for the cryptocurrency industry. However, the corporation has come under scrutiny due to rumors of insolvency, layoffs, and exposure to Terra (LUNA).

Johnny Lyu, the CEO of KuCoin, has denied any rumors that the exchange’s finances are secure. Additionally, Terra (LUNA) tokens, 3AC, or Babel are not exposed by the cryptocurrency exchange. In reality, KuCoin has hired over 300 people for its R&D, marketing, business development, and other divisions since 2022, when it acquired 400 new personnel.

The cryptocurrency exchange received $10 million last week from Susquehanna International Group, one of the biggest trading companies on Wall Street. He asserted that KuCoin will take legal action against the rumors.