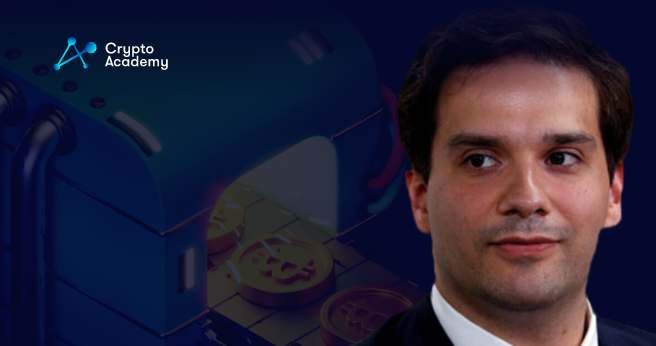 Mark Karpeles, the former CEO of Mt. Gox, in a Forkast interview, said that the Japanese trustee could release the remaining hoard of Bitcoin (BTC) owned by the failed cryptocurrency exchange in the foreseeable future.

While success is often considered as the ability of one to bounce back after hitting rock bottom, Mt. Gox’s former CEO Mark  Karpeles is living proof of that. What used to be the biggest Bitcoin (BTC) exchange in the world crumbled after a hacker exploit left the giant $500 million short, resulting in the failure of Mt. Gox.

Mark Karpeles has returned, and in doing so, he is establishing a company based on the lessons he has learned. UNGOX intends to be the first international rating organization for crypto exchanges, with Karpeles hoping to become the Moody’s of the crypto industry.

Karpeles is also releasing an Mt. Gox non-fungible token (NFT) alongside the debut of the firm. The NFT will allow former clients permanent free access to the website and the solutions provided by the company.

Being among the world’s initial Bitcoin (BTC) exchanges, back in July of 2010, Mt. Gox began automated trading, at which time 80% of the total Bitcoin (BTC) trading volume was represented by the exchange. Four years later in February, a hacker attack stealing most of the holdings resulted in the bankruptcy filing of Mt. Gox.

However, the exchange had about 200,000 Bitcoin (BTC) before it went defunct. These have gained price surges dramatically after the bankruptcy, implying that creditors may be able to recover even more than what they had lost in 2014.

Though the trustee liquidated around 50,000 Bitcoin (BTC) for $600 million years ago, the other Bitcoin (BTC) are now valued at over US$6 billion, and Karpeles says that they are expected to be dispersed soon.

It is undeniable that Mark Karpeles beat some near-impossible odds. While the failure was damning, he turned the other cheek by getting something useful out of it. Even the moniker UNGOX represents a re-making of Mt. Gox which was synonymous with the failure of crypto exchanges. Mark Karpeles posits that “following Mt. Gox’s bankruptcy, goxed (sometimes written goxxed) has become a synonym of losing cryptocurrencies due to faulty Bitcoin exchange or wallet that screwed up.”

He also said that “After the Mt. Gox bankruptcy, I have been following the developments in the crypto space, and I have seen some exchanges taking steps to prevent a second Mt. Gox. For instance by implementing transparency reports. Despite this, the trend died down very quickly and today’s situation for many exchanges is very similar to what led to Mt. Gox’s bankruptcy.”

Coincheck, a cryptocurrency exchange in Tokyo, admitted in January 2018 that a hacker had taken around 58 billion yen, equivalent to $532 million from its assets. Customers grew concerned about the destiny of their cryptocurrencies when damages topped even the Mt. Gox damages, and it was disclosed that the corporation had disregarded security concerns.

Nevertheless, the firm’s CEO back when the problems went down, Koichiro Wada, was never apprehended by authorities on allegations of breach of trust or other lesser offenses in an attempt to reprimand or even seem to reprimand the crime that had just been committed.

UNGOX will give bitcoin exchanges and associated companies grades based on inspections in important areas including tech, openness, people, as well as the legal framework. Karpeles said that “there are many things that can be seen with the right knowledge and experience, but most people do not look closely enough or lack the experience to recognize red flags.”

UNGOX has taken the Japanese credit rating companies’ business model by which a rating agency is to contact an entity prior to conducting a rating. Karpeles said that they “will also be asking for cooperation and confirming accounting information, management, and procedure,” by adding that “if a company cooperates, it will allow us to more accurately score them based on the information they provide, such as security policies.”

The newest rating company will make available information on current cryptocurrency projects and enterprises and their risk level, which will not be all-inclusive or general, but rather there will be a rating and other information for every service provided. This will be done in cooperation with impeccable staff, their research and findings, and a proprietary algorithm as well. While the ratings themselves will be available and free of charge, additional information, rating changes, history report with ratings and active alerts will be available upon subscription.