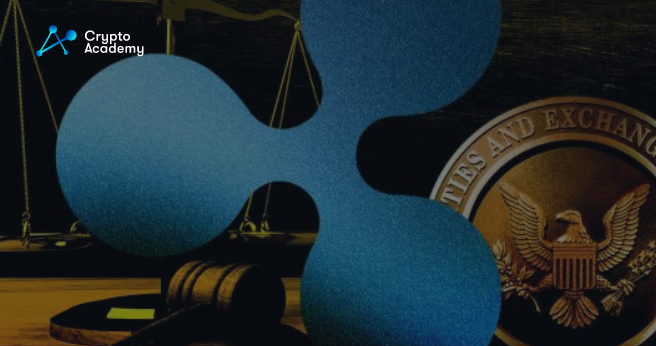 Since the SEC was compelled to turn over the Hinman documents, that can support Ripple’s argument that XRP does not constitute a security, the cryptocurrency business has won a modest win over the SEC.

The SEC’s decision to finally turn up emails and other information that will be extremely helpful to Ripple’s case has resulted in a turning point in the Ripple v. SEC legal dispute. The SEC had sued the cryptocurrency business, claiming that it was illegally dealing with securities.

The Ripple staff has steadfastly rebuffed the accusations, and it has provided the testimony of a former SEC representative who said that cryptocurrencies are not securities. The papers, also known as the Hinman papers, contain evidence that William Hinman, a previous director of corporation finance, gave a speech in which he stated that securities do not encompass cryptocurrencies like Bitcoin (BTC) and Ethereum (ETH).

A video exists showing Hinman saying, “based on my understanding of the present state of Ether, the Ethereum network and its decentralized structure, current offers and sales of Ether are not securities transactions.”

The SEC has been reluctant to pass over the documents, which have been crucial evidence for Ripple Labs. Ripple originally derived the authority to request the records in January 2022. The SEC persisted in asking the court to reject the motion, nevertheless. The SEC’s objections to disclosing the documents were, at last, overcome on September 29 by Judge Torres, who mandated that the regulatory organization submit the information. Stuart Alderoty, the general counsel for Ripple, tweeted that the SEC had finally complied with the court’s instructions and turned over the records following a number of delays.

He said that “over 18 months and 6 court orders later, we finally have the Hinman docs (internal SEC emails and drafts of his infamous 2018 speech). While they remain confidential for now (at the SEC’s insistence), I can say that it was well worth the fight to get them.”

Over 18 months and 6 court orders later, we finally have the Hinman docs (internal SEC emails and drafts of his infamous 2018 speech). While they remain confidential for now (at the SEC’s insistence), I can say that it was well worth the fight to get them.

Brad Garlinghouse, the CEO of Ripple, has expressed his strong dissatisfaction with the SEC’s actions, saying that the regulatory agency has forsaken its mandate to uphold the rights of the public. He urged the general public not to have confidence in the SEC by tweeting that the agency’s assertions to be fighting for truth and openness are fake. He noted: “the SEC’s pursuit of a policy objective isn’t about ‘a faithful allegiance to the law’—it’s about power. There is no regard for those companies and people that this approach has harmed. We all should be outraged. The SEC has clearly forgotten that the government works for the people.”