Goldman Sachs is Looking to Strengthen Connections with FTX 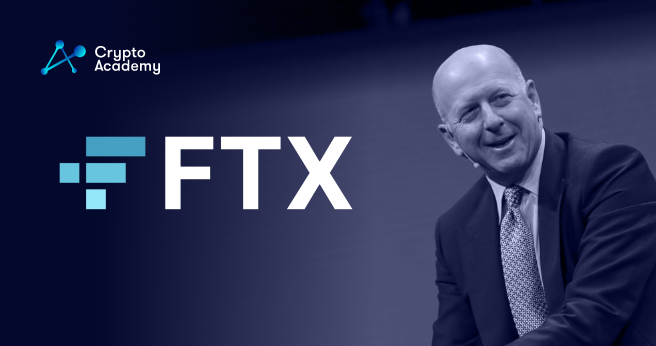 According to a Financial Times article on Thursday, Goldman Sachs is apparently willing and trying to assist the cryptocurrency exchange behemoth FTX with navigating US regulations, besides other challenges.

As per sources aware of the subject, David Solomon, the CEO of Goldman Sachs, and Sam Bankman-Fried (SBF), the CEO of FTX reviewed different collaboration routes in March 2022.

The meeting between the executives reportedly had to do with plans of FTX to provide cryptocurrency derivatives retail trading and how Goldman Sachs could be instrumental in advising the crypto exchange throughout the transition. In March, the US branch of FTX made a filing with the Commodity Futures Trading Commission (CFTC) for crypto derivatives margin trading. At the same time, this application was subjected to a hearing in Congress.

Per the Financial Times, Solomon suggested that Goldman represent FTX at a CFTC meeting. Among the other topics explored were potential funding rounds and the possibility of an FTX initial public offering (IPO). In January, FTX held a Series C funding round and secured $400 million, where the valuation came at $32 billion in total. According to reports, Sam Bankman-Fried is discussing another potential funding round with private investors.

The alleged approach of Solomon to Sam Bankman-Fried is consistent with Goldman’s growing presence in the cryptocurrency market. This approach contrasts with the predominantly anti-crypto rhetoric of Wall Street’s big actors in years past. Goldman Sachs partook in a founding round for Certik, the blockchain security entity, and also is already providing OTC cryptocurrency options trading.