Unlicensed Cryptocurrency Sales: Yet Another Legal Battle for Coinbase 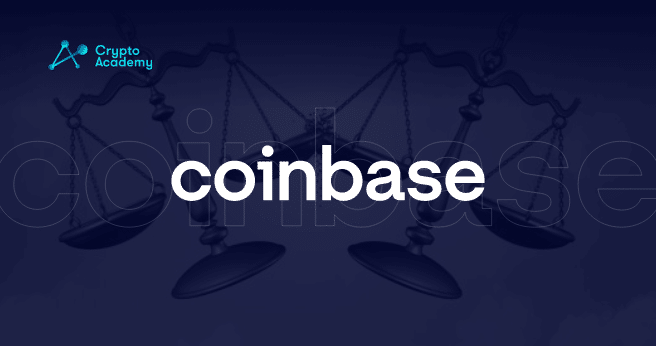 Coinbase, the prominent US-based cryptocurrency exchange platform, is embroiled in yet another legal dispute, in which users are suing Coinbase for unlicensed sales of cryptocurrencies that may soon be entering the securities classification.

Three Coinbase customers are trying to sue the exchange over the platform’s 79 cryptocurrencies listed. According to the lawsuit, they could be deemed securities, making the sales illegal.

Christopher Underwood, Louis Oberlander, and Henry Rodriguez are the users who in the prior week filed the class action with the district court in the southern district of New York. They demand that there should be a $5 million collective reimbursement for anyone who has acquired any of the 79 listed cryptocurrencies. Of the 79 listed tokens, notable and prominent are Chainlink (LINK), Dogecoin (DOGE), Polkadot (DOT), Ripple (XRP), and Solana (SOL).

The three plaintiffs contend that Coinbase should have registered as a national securities exchange with the Securities and Exchange Commission (SEC). But a filing of this nature would subject Coinbase to a slur of substantial regulatory and reporting requirements that stock exchanges have to abide by.

Furthermore, the SEC has been slow to regulate and categorize crypto assets, and it may be a long while until the US government puts together any kind of legislative structure regulating crypto assets.

Gary Gensler, the Chairman of the SEC was also cited in the lawsuit per his recent remarks on the Coinbase status with the SEC: “SEC chair Gary Gensler recently told the Senate Banking Committee that Coinbase had not registered with the SEC, even though they have dozens of tokens that may be securities.”

Nonetheless, the likelihood of this class action going to trial is slim seeing as previous lawsuits of this nature have not been able to move forward. The New York federal court dismissed five filed class actions against crypto companies in 2021.

Given that just a few years back only a few assets could be traded on the platform, the selection of assets has tremendously grown on a continual basis.

Welcome to the club.

ApeCoin ($APE) is now available on Coinbase! @BoredApeYC is on board too. pic.twitter.com/i9DeNJtbzJ

The introduced ApeCoin (APE) for BAYC NFT collectors is one of the most recent coins to be listed. ApeCoin (APE) has been added to Coinbase’s experimental asset label, a class for low-liquidity assets. Users are advised by Coinbase to tread carefully in such situations.