Cryptocurrencies have had quite the attention during the past couple of months, with the whole market capitalization skyrocketing and setting a new all-time high above $2 trillion. With this attention, of course, come many problems; and the biggest ones have had the governments involved.

Even though decentralization would benefit the global financial system, it also means that banks would lose their influence and governments would lose part of their power. This is the reason why most financial institutions and governments are against crypto and continuously work against them.

Lately, however, there have been major developments in the relations between the cryptocurrency industry and different governments and banks. On June 9, 2021, El Salvador adopted Bitcoin, making it a legal tender abreast with the US Dollar. Moreover, the government announced that they are giving out $30 worth of crypto to any citizen who applies to open a digital wallet. This was the first time a government accepted a cryptocurrency as an official form of payment. 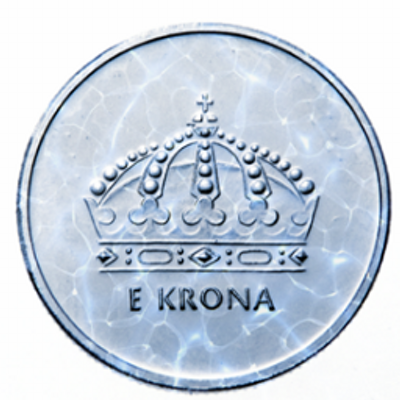 To add to this, some governments, including that of the United States and the United Kingdom, have announced that they are working towards their own cryptocurrencies – and with countries like Sweden officially announcing the launch of their cryptocurrency. During the year 2017, the Swedish government published some plans on creating their own digital currency; however, whether or when e-Krona will go live is yet to be decided. The main goal of e-Krona is to boost the process of Sweden becoming the first cashless society.

When it comes to transitioning to a cashless society, Sweden is way ahead of its time. The past few years have been characterized by electronically made payments – through debit or credit cards. Consequently, more than 80% of all retail transactions are conducted electronically, removing the need for cash when making payments. Not only Sweden, but most of the Nordic countries have witnessed a decline in cash throughout the last years.

This resulted in many businesses not accepting cash as a form of payment, something that is extremely rare in other parts of the world. Furthermore, more than 50% of Sweden’s bank branches no longer accept cash deposits or withdrawals. To make sense of all this, only 2% of all transactions made in Sweden are made using cash.

e-Krona is a blockchain project initiated by the Swedish government and their central bank, Sveriges Riksbank, back in 2017. It is an attempt to introduce the wonders of blockchain technology to their economic system by implementing a digital currency that is still under development. By doing so, Sweden aims to accelerate their plans to become the world’s first cashless society by March 2023.

Yet, Sveriges Riksbank claims that, for now, the e-Krona token is not an attempt to replace the physical Swedish Krona, but rather a new blockchain-powered form of payment. Sweden is known for being open to new innovations and embracing positive changes whenever necessary. Because Sweden became the first country to issue banknotes in 1661, it will become the first one to stop using them if they successfully become a cashless society by March 2023.

The e-Krona pilot scheme has started in 2020 and has been in the works ever since. The Riksbank aims to finish phase 1 by the end of 2021. Whether e-Krona will be a stablecoin, is yet to be decided; this means that the possibility of e-Krona’s price not being pegged to that of the current Swedish Krona exists. 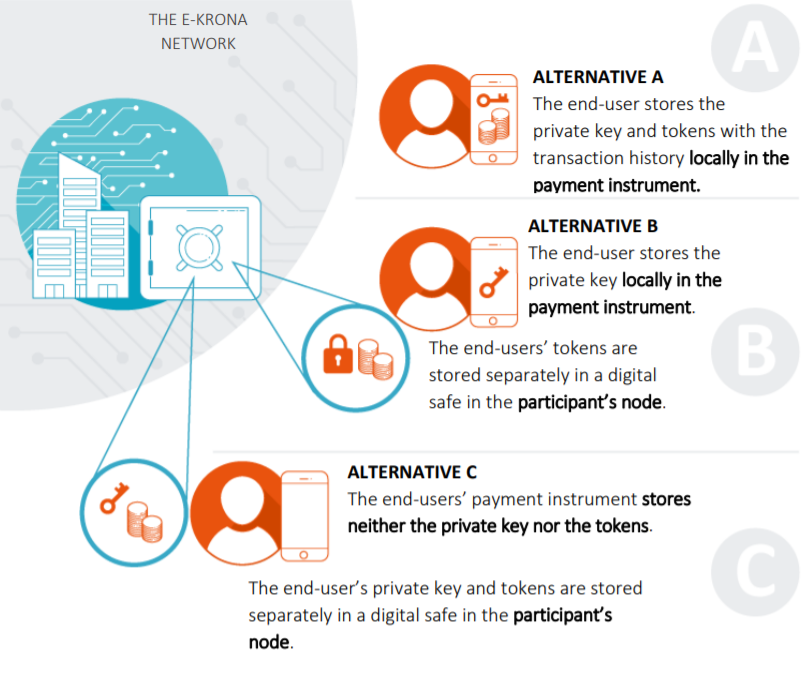 How e-Kronor Are Stored. Source: Riksbank

Also Read: The 10 Most Important Cryptocurrencies Other Than Bitcoin

On their official website, the Riksbank unveiled their plans of continuing their work on e-Krona. They stated that they will further investigate the need for e-Krona and the effects of an e-Krona on the economy. Moreover, they will be testing the e-Krona and its efficiency. To wrap it up, they will compare this option with different technical solutions to measure its positive and negative sides.

They also published two Economic Reviews regarding the implementation of e-Krona:

According to Svergies Riksbank, E-krona will most likely be similar to cash in many aspects. Just like banknotes, E-kronor (plural for E-krona) will be uniquely identifiable and can only be issued by the Swedish Central Bank, the Riksbank. On top of that, there will be private keys for the digital wallets, making it similar to holding cash on your wallet.

That being said, it can be argued that E-krona is trying to become a digital version of cash. However, there are also differences between E-krona and cash, leaving space for the possibility that E-krona should not be considered as belonging to the same asset type as cash. This stands mainly because it is digital and needs constant technical aids and active participants who enable transactions.

The issue of whether e-Krona is a cryptocurrency or not arose with the Riksbank investigation and analysis of Bitcoin. Bitcoin is said to be a new, improved form of payment, however, it has been treated as an asset or store of value by nearly everyone. Therefore, the Riksbank and many other banks have created a new term for cryptocurrencies, and that is crypto-assets.

There are many websites that claim to be the official exchanges where you can trade e-Krona. But, since the Riksbank and the Swedish government have yet to decide whether they will issue e-Krona, it is impossible to buy them. Until today, there have been numerous reports of individuals being scammed by various false companies claiming that they are selling official e-Kronor.

Also read: What Is The Next Big Cryptocurrency To Explode in 2021? 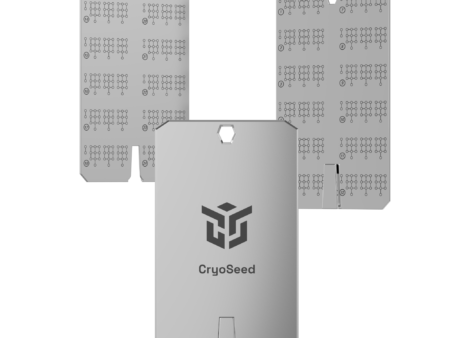 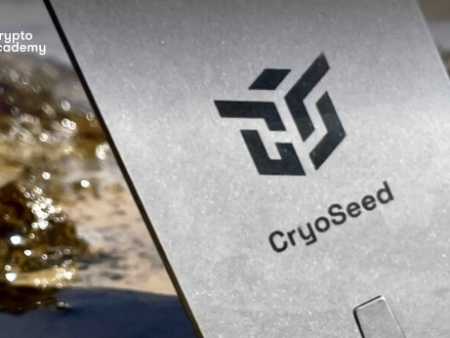 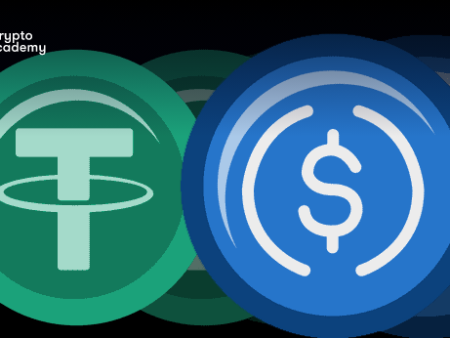