As Voyager Assets are Up for Grabs, the $50M Contest Between FTX and Binance Continues 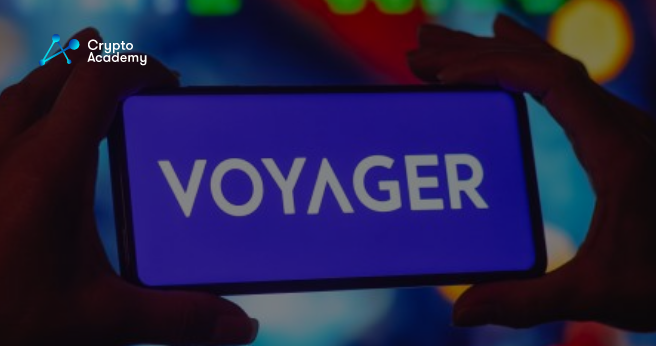 According to reports, the leading offers for the assets of the insolvent crypto lending company Voyager Digital were made by the cryptocurrency exchanges Binance and FTX, each offering about $50 million.

As per persons with knowledge of the situation, the present bid from Binance is marginally greater than the one made by FTX, the Wall Street Journal reported on September 20.

According to sources for the Wall Street Journal, neither bid has been taken.

Voyager started liquidating its assets at the beginning of September after filing for Chapter 11 bankruptcy two months ago in July 2022 with up to $10 billion in unpaid creditors.

Last Tuesday, the assets of the New York-based company were put up for auction. Wave Financial, a manager of digital assets, and the trading platform CrossTower are supposedly among the other bids.

On September 29, the winning offer is anticipated to be revealed, though this date is not guaranteed. One of the most well-known cryptocurrency companies to shut down in 2022 was Voyager.

The cryptocurrency hedge fund Three Arrows Capital (3AC) which is based in Singapore, one of the company’s biggest debtors, filed for bankruptcy two months ago, putting the customer funds in jeopardy. Soon after that, the company’s dissolution occurred. Over $650 million in Bitcoin (BTC) and USDC were owed to Voyager by 3AC.

Alameda Research, a cryptocurrency trading company established by FTX owner and crypto millionaire Sam Bankman-Fried, was yet another borrower.

When it filed for bankruptcy, Alameda owed the New York-based company cryptocurrency valued at around $377 million. Voyager received two credit lines from Alameda, just before Voyager declared bankruptcy in June 2022. The first credit line was for $200 million, and the second was paid in Bitcoin, more precisely 15,000 BTC.

Alameda was Voyager’s largest creditor at the time of its bankruptcy filing, holding a $75 million unsecured loan.

Days ago, Alameda and Voyager reached an agreement to swap $160 million in collateral for $200 million in Bitcoin (BTC) and Ethereum (ETH).