Prior to Delivering His Notorious Securities Speech, Bill Hinman had Seven Meetings on ETH 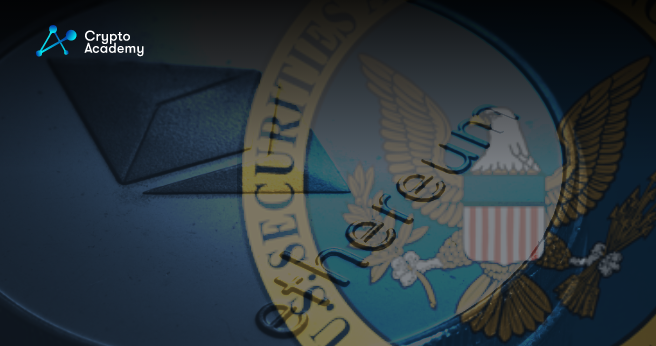 The lengthy Ripple case has descended to the outcome of Bill Hinman’s controversial Ethereum speech, which he gave while serving as director of the Securities and Exchange (SEC).

Nevertheless, a Fox journalist named Eleanor Terrett uploaded records of Hinman’s public calendar throughout the duration of his employment.

Terrett stated on Twitter that she obtained a substantial amount of paperwork totaling 189 pages. Files reveal that Hinman had a number of closed-door meetings between December 20, 2017, and the date of his appearance at the Yahoo Finance conference on June 14, 2018.

It was discovered that the director of the SEC met with ConsenSys, a provider of Ethereum blockchain software, four times in total. He has two more meetups where he will only talk about Ethereum. But the A16Z was used for the meeting that received the most attention.

This adds up to a total of about 7 meetings prior to the notorious speech that focused solely on Ethereum. The initial consultation with ConsenSys on December 12, 2017, included the mark “Submission Attached,” and that too without a justification, according to John Deaton, an amicus curiae in the Ripple litigation.

A safe harbor suggestion was made during a discussion with a16z on March 28, 2018, and it only addressed Ethereum. The following day, Hinman and ConsenSys met for 90 minutes. Nevertheless, a conversation with Joseph Lubin, a co-founder of Ethereum, preceded it.

On May 25, 2018, though, the SEC Director spoke with Matt Corva, a colleague of ConsenSys. Two sessions titled “Call/Mtg re: Ethereum” and “Ether” was taking place concurrently.

According to the discovery, Hinman thereafter met Michael Seaman, a special counsel for the SEC. The statement was the sole focus of this meeting. Three separate meetings took place.

The XRP lawyer indicated that a key appointment with Coinbase was scheduled for March 27, 2022. However, both ConsenSys and a16z attended the meeting connected to the speech. Beyond the SEC, nobody else was contacted about Hinman’s calendar, though.

The discussions the SEC Director had with the SEC Ethics team before the Ethereum speech are specifically mentioned.