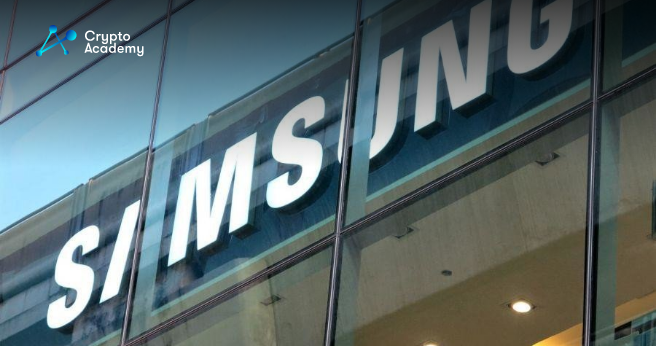 As the possible uses for blockchain technology grow, apps that depend on security and trust are one of those that are starting to embrace it.

The South Korean company Samsung, a global leader in electronics and software, declared on Thursday that it will be implementing a “private blockchain”-style security mechanism for its smartphones and other devices of the company.

The Knox Matrix system’s goal is to increase the security of a multi-device ecosystem by having every smart device keep track of the actions of the others and communicate access information in order to improve the login process via multi-layered mutual monitoring. Furthermore, the technology was unveiled at the latest Samsung Developer Conference as an update to the business’s current security policy, albeit the company provided little additional information on the system’s intricacies.

To illustrate, Samsung claims that connecting a phone to another smart device, such as a TV or a smart AC, will increase the resistance of those devices to being infiltrated by any cyber attack.

Samsung claims that the Knox Matrix feature will streamline login processes throughout the entire home. This is because any devices within the house that require the login status in order to connect to the network will receive it automatically. Nevertheless, it should also prevent other network-connected devices from accessing sensitive data at the same time.

Even though the release indicated that: “Whether your Samsung devices are based on Android, Tizen, or other OS, Samsung Knox Matrix will be able to provide a unified security SDK [software development kit],” Samsung withheld no details on the official launch or the technical specifications of this system.

Samsung has been fairly proactive when it comes to developing security measures especially created for environments that use blockchain technology or crypto. The company announced the manufacturing of Bitcoin mining chips in 2019 and incorporated a wallet into its bestselling smartphone, the Samsung Galaxy S10. This wallet ensured the security of private keys via hardware-based techniques.

Knox, the security system that was showcased at the time and served as a precursor to the technology that Samsung just presented, was used.