NFTs Provide Astronauts a New Way to Share Their Experiences 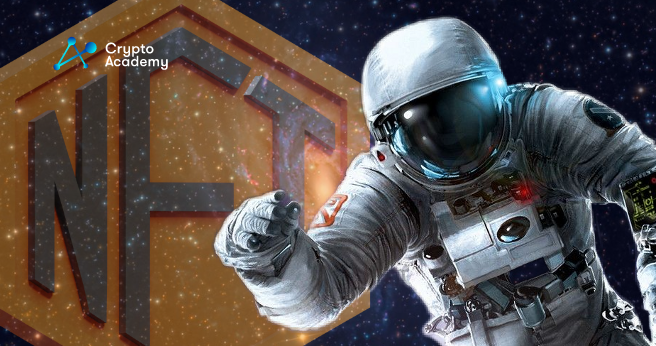 Scott Kelly, one of the many American astronauts, thinks that blockchain has a lot of potential, especially its usage in non-fungible tokens (NFTs). Kelly thinks that it is possible one day to help with space development.

NFTs have become popular with celebrities, athletes, and politicians. Currently, astronauts are interested in this area too. For example, a veteran astronaut has agreed to share his time in space through NFTs.

Scott Kelly is a retired astronaut from the United States. During an interview, he noted that he is becoming more interested in blockchain technology and NFTs. As he announced, he has been keeping an eye on blockchain for six years. As a result, Kelly believes this technology could be good for things.

Following Kelly’s statement, he is becoming more and more interested in how it will affect space development. In addition, he said that this is something he would love to be a part of. Given these points, the astronaut expressed his desire to meet the people in the NFT community and help people in need.

The NFT Collection of the Astronaut

The new NFT collection by Kelly is called Dreams Out of This World. It is a collection of digital artworks that reimagine Kelly’s space journey through the eyes of the veteran spaceman. People bought 3,333 NFTs at the drop, which made $500,000 in sales. All this money will go to the nonprofit Global Empowerment Mission (GEM) to help people who have been hurt by the war in Ukraine.

Furthermore, the veteran astronaut emphasized his deep concerns about the situation in Ukraine. That is why he decided to donate all of the earnings from the initial sale of this artwork to the Ukrainian people.

Despite the fact that there are many other ways to help, the astronaut is grateful that he was able to launch an NFT collection. In addition, Kelly stated that he is very glad to help them in a way he could not have done on his own.

Moreover, his goal is to get other astronauts interested in NFTs. In an interview, he said NFTs can give astronauts a new way to share their stories. It seems to be a great opportunity because, on the internet, they can just get lost in the shuffle.

In the meantime, a Web3 project named Reli3f raised $1.5 million in humanitarian help in Ukraine. The project’s second NFT collection generated funds that will be donated to a Ukraine-based charity.