Qtum Price Prediction 2021 and Beyond - Is QTUM a Good Investment?

Basic Attention Token (BAT) Price Prediction 2021 and Beyond - Is BAT a Good Investment?

What is Decentralized Finance? - The Definitive Guide to DeFi

What Are Cryptocurrency Forks and How do they Work? 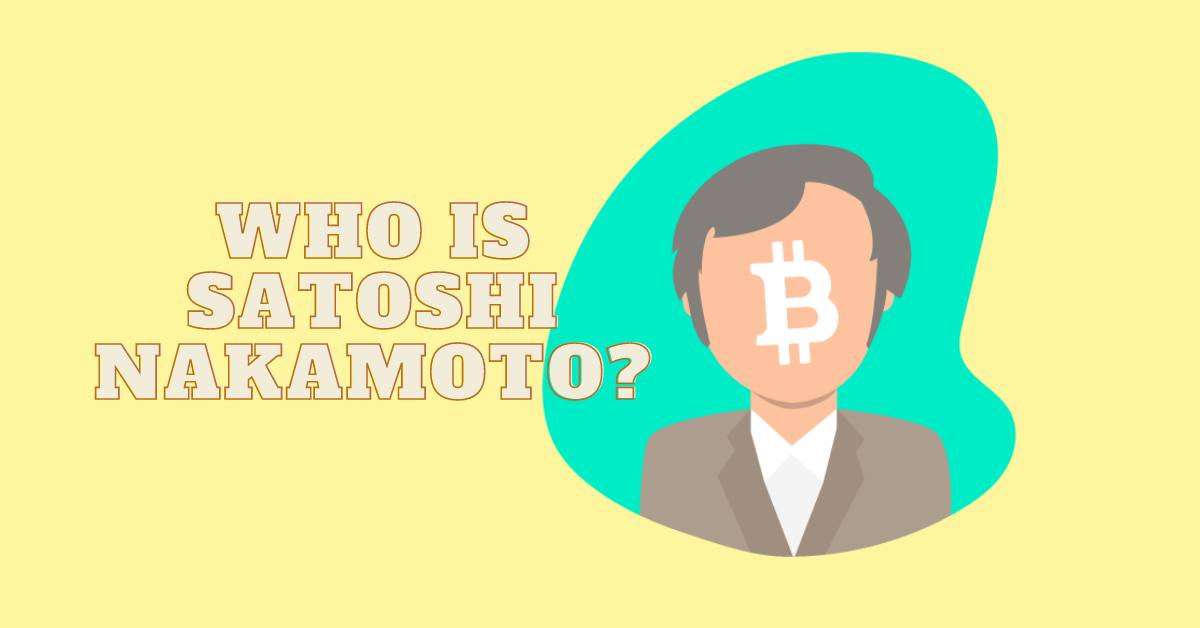 Who Is Satoshi Nakamoto And Why Is It Relevant

Bitcoin is the first cryptocurrency in the world that promotes a decentralized, peer-to-peer system for making online transactions. This means that every transaction is free from third parties, such as banks, the government, or any central authority. Bitcoin was founded in 2008 and has increased enormously in value. As of February 2021, Bitcoin has reached an all-time high of $58,330.

The maximum amount of Bitcoin that will be circulating in the market is 21 million Bitcoins, with the last Bitcoin scheduled to be mined in the year 2140. There are around 18.5 million Bitcoin tokens already in circulation.

So how is the name Satoshi Nakamoto related to Bitcoin?

Thus, it is generally believed that whoever is identified as Satoshi Nakamoto is the inventor of Bitcoin and the person who revolutionized the modern market.

Satoshi Nakamoto’s relevance in the crypto market increases every day because it is estimated that Satoshi owns approximately 1.1 million Bitcoins which have not been moved at all from the beginning of Bitcoin’s publication. Sudden transactions with this amount would drastically change the value of Bitcoin and the nature of Bitcoin itself. On the other hand, people who believe that Satoshi Nakamoto no longer exists consider those 1.1 million Bitcoins to be lost in the market, consequently increasing Bitcoin scarcity even more.

Does Anyone Know Who Satoshi Nakamoto Is?

Every person involved with the foundation of Bitcoin has failed to provide essential insights into the true identity of Satoshi Nakamoto. Additionally, Satoshi Nakamoto made sure to communicate with other people only through the internet to avoid his identification.

There are, however, some prime suspects that could fit as possible identities of Satoshi Nakamoto.

The first suspect is a guy named Dorian Satoshi Nakamoto. He lives in California with his family and there are plenty of reasons to make the public believe that he is the real Satoshi Nakamoto, despite his name. Dorian Nakamoto worked on classified military programs related to technological advancements at his earlier age so it is assured that he knows how to keep a secret and has knowledge in the field of technology. In an interview with Leah Goodman of Newsweek Magazine, Dorian presumably confirmed that he was indeed involved in Bitcoin, but later he stated that he had misinterpreted the questions made by Leah Goodman and thought he was asked about something else. Thus, Dorian Nakamoto refused to the public the idea that he was involved with Bitcoin at all.

The second suspect is Hal Finney, another person known to have been involved with Bitcoin during its early stages. Additionally, Hal Finney and Dorian Nakamoto were neighbours, according to Andy Greenberg of the Forbes Magazine. Moreover, the real Satoshi Nakamoto and Hal Finney were actually the first people to do a Bitcoin transaction in the history of this cryptocurrency. Some might say that this discredits Hal from the possibility of being Satoshi Nakamoto because he could not have been two people at the same time, but others argue that Hal did this on purpose to hide his tracks from people believing that he is Satoshi Nakamoto.

Other suspects include the names of Nick Szabo, Craig Wright, Paul Le Roux, or even Gavin Andersen himself.

There are a lot of people on the internet who have claimed to be Satoshi Nakamoto, but no one has provided sufficient evidence to prove anything.

To this day, the true identity behind the pseudonym of Satoshi Nakamoto remains unknown.

When Did Satoshi Nakamoto Disappear?

Satoshi Nakamoto continued to contribute to the foundation of Bitcoin until 2010 when he handed the total control over Bitcoin to the software developer Gavin Andersen. The last piece of message coming from Satoshi Nakamoto that year was when he finally said in an email that he had “moved to other things.” Ever since that, no official contact with Satoshi Nakamoto has been made known to the public.

Why Is Satoshi Nakamoto Hiding?

Why would the inventor of one of the most powerful currencies of the 21st century refrain from showing up to the public and claim what he built? This is yet another question that no one has managed to answer with concrete evidence.

Whoever Satoshi Nakamoto is, it is clear that one of the main reasons why he came up with the decentralized system is because he might have despised banks, the government, or any other form of central authority over money transactions. Coming up with this system was a direct approach to eliminating the need for third parties. According to Decrypt, this could have led the higher authorities to go directly to Satoshi Nakamoto and try to bring him and his system of decentralization down. As such, many believe that one of the main reasons why Satoshi Nakamoto decided to disappear is to avoid any kind of quarrel with the government or world banks.

Another view on the issue of Satoshi Nakamoto’s disappearance is the possibility that he may have simply passed away. Satoshi Nakamoto already covered his tracks of activity during the times he was active with Bitcoin. It would be no surprise for Satoshi Nakamoto to have passed away sometime during the last decade and his death to have been kept completely private by the people who were close to him.

After all, these are only speculations, as there is no real evidence that supports who Satoshi Nakamoto is, why and where he is hiding, and whether he is real in the first place.

Is Satoshi Nakamoto The Richest Person In The World?

Even if Satoshi Nakamoto exists, his 1.1 million Bitcoins would not be enough for him to be crowned as the richest person in the world. According to Forbes Magazine, the world’s richest person as of February 2021 is the founder of Amazon, Jeff Bezos. The richest person after him is Elon Musk, CEO of Tesla Motors. The list is followed by the Arnault family and Bill Gates.

How much Is Satoshi Nakamoto Really Worth?

So how much is Satoshi Nakamoto really worth in today’s market, and where would he list in the Forbes Magazine?

If we would measure Satoshi Nakamoto’s worth as of February 2021 when the Bitcoin value reached its all-time high of $58,330.57, then

Satoshi Nakamoto’s approximate net worth would be $64 million dollars.

That would place him as the 16th richest person in the world, falling just a little short behind the founder and CEO of Tencent, Ma Huateng.

This indicates Satoshi Nakamoto’s influence on the world’s economy, even if he does not really exist.

What Is Ethereum? A Step-By-Step Guide

What is Bitcoin? A Step-By-Step Guide