Going Long BTC: A Couple of Hours in the Aftermath, Korean Streamer is $10 Million Short 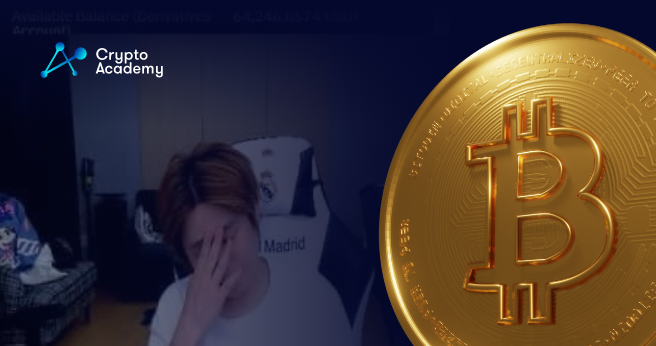 Futures refer to investors borrowing funds from exchanges with which they can predict whether there will be a raise or a decline in the price of a cryptocurrency. Going long means that the investor opts for a price increase while going short refers to the decrease in the price of the coin, and the orders are made based on these assumptions.

Lately, the cryptocurrency market has been dropping steadily. The price of Bitcoin (BTC) has fallen from above $46,000 at the beginning of the month to roughly $39,500 as of Tuesday.

Ignoring the fact that Bitcoin (BTC) remains in negative territory, Satto feels the price of the namesake cryptocurrency will climb. As such, since Monday afternoon, this streamer has been making Long orders on Bitcoin (BTC).

The long orders placed by Satto are quite frequent amounting to millions of dollars with exceptionally high leverage. These are considered to be quite risky for orders with such significant value.

After Satto used the leverage of 25X to place a long order of $10 million, equivalent to 240 Bitcoin (BTC), the live stream shot through the stratosphere. Costs of entry and liquidation amounted to $41,666 and $40,208, respectively. Satto was glued to the screen over many hours, studying the candles every shift. His supporters were on edge trying to anticipate the outcome.

Satto proceeded to make an additional long order with 80X leverage amounting to $5 million, adamant about winning big. Already disheartened by the results he had seen before, he shifted his gaze away from the screen and took to the couch to go on his phone and make a call.

This, though, made little difference, and his order was nonetheless liquidated, while Satto had quite the bemused look following a $10 million loss in a short span of time.

In the comments section, the bulk of individuals offered their sympathies to Satto. Yet, several people were outraged by Satto’s trading strategy, which they characterized as essentially wasting money.