French President Does Not Believe in a Self-Regulated Financial Area 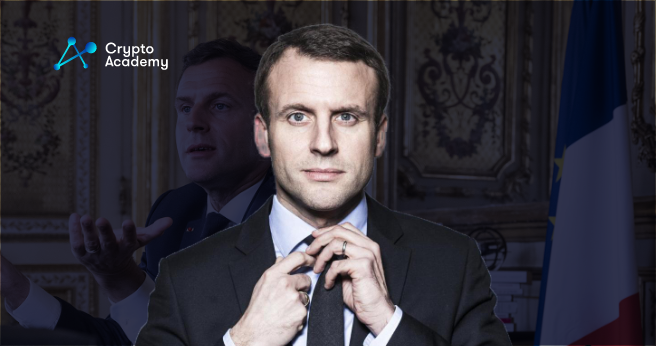 French President Emmanuel Macron noted his views regarding the MiCA regulation and the digital Euro project during an interview.

President Macron has not spoken publicly about his views on the digital economy until now. Just days before the final round of voting, Macron met down with journalists to explain his opinions. Macron reaffirmed his support for a pan-European approach to financial technology regulation.

A French magazine had an interview with President Emmanuel Macron on April 22. The interview took place just two days before the runoff election in which he will face Marine Le Pen. Even if Macron wins, the margin of victory is projected to be extremely small. In 2017, he beat Le Pen in the second round of voting by a margin of 66.1%

Macron’s Views About the Crypto Space and Digital Economy

When asked about the digital economy, Web 3, and cryptography, the President remained firm in his opinion about innovation. In response, he said that France and Europe have the chance to lead the next generation of web users. They must just seize this opportunity. Moreover, it is also a social and societal issue.

During his presidency, the number of French unicorn businesses, including private startups valued at $1 billion, climbed from 3 to 26. In addition, general investments in French startups multiplied fivefold. As a result, Macron looked happy with this development. Therefore, he referred to the goal of having 100 French unicorns and 10 European giants by 2030.

The Potential of Europe About the NFT Industry

The President states that European players should not rely on American or Chinese IT giants. According to him, Europe should not expect other markets to master the technological building blocks connected with Web 3. Furthermore, he claimed that the non-fungible token (NFT) industry has an advantage over the rest of the world due to Europe’s rich cultural legacy.

Furthermore, Macron stated that cultural policy can not be considered without this transformation. Therefore, the principal cultural institutions should implement NFT policies; promoting, disseminating, and preserving the digital twins or variations of their physical collections.

After the European Parliament recently passed new laws for crypto, Macron backed the present approach. In regard, he noted that the new rules should not inhibit innovation.

However, Macron does not believe in a financial sector that is self-regulated. Given these points, this would not be a long-term or democratic solution. As to the President, it is the responsibility of the government to set the necessary conditions for the industry to grow while fostering innovation. He also spoke out in favor of the digital euro initiative. Nonetheless, the general public does not really support this initiative.