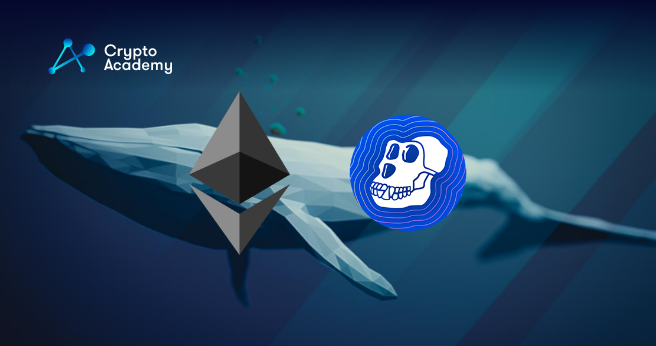 ApeCoin (APE) is the native coin of the Bored Ape Yacht Club (BAYC). Despite the recent crypto market losses, APE was able to overcome them. The token’s performance was attributed to an increase in whale trading.

This token’s price rose by as much as 10%, reaching a high of $12.24. This was a result of increased trade volumes by 300% in only one day. Correspondingly, the trade volumes reached over $729 million.

Over the last 24 hours, APE was the most traded token by big Ethereum whales. According to Whalestats, there was about $57,000 worth of APE bought by ETH whales in the last 24 hours. Thus, ranking APE as the fourth-most purchased token.

Furthermore, the data shows that whales are becoming more interested in the coin since its launch last month. At the beginning of its launch, APE faced a bumpy start. However, it has since stabilized and now trades in the $10 to $20 range. The token was also affected by the recent decline in the crypto market. Over the last seven days, it has lost 9.2% of its value.

Another factor that impacted the APE’s weekend rise was the famous music group Bassjackers. The group displayed BAYC-themed graphics during a recent show in Chile. Regardless, APE’s technical indications revealed that it was yet to breach over the $12.6 mark. There is a good chance that a breakout there will make the token soar.

BAYC Aims to Build a Metaverse

Yuga Labs, the developers of BAYC, have announced that APE will be the native currency for their future blockchain game and Metaverse. However, there is not much information given about the project. Despite this, its introduction will help the token.

Given these points, the project is named “Otherside.” Additionally, it will feature NFTs from Yuga’s Bored and Mutant Apes, CryptoPunks, and Meebits collections.

APE has been taking advantage of the popularity of BAYC non-fungible tokens (NFTs) since its launch. As a result, APE is listed in 42nd place among the largest cryptocurrencies. Its market capitalization is over $3 billion. ApeCoin is also used in a lot of games made by Animoca Brands, which makes blockchain games.