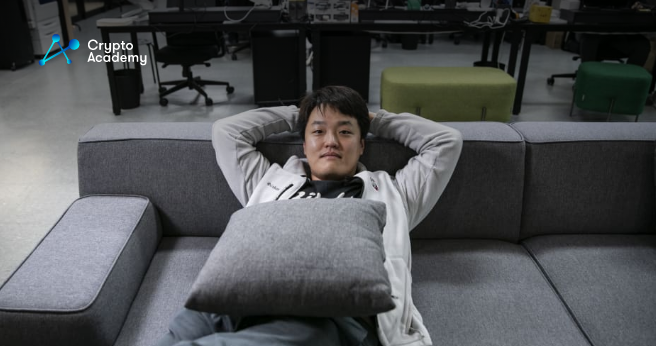 Terraform Labs founder Do Kwon had a downfall in 2022 which prompted a major cryptocurrency meltdown, which led to a warrant for his arrest being issued by a South Korean court.

Information from the office of the prosecutor revealed that Do Kwon and five other people who are all currently residing in Singapore are wanted by the Seoul court on suspicion of breaking the capital markets law of South Korea.

After the UST stablecoin, lost its peg to the US dollar and essentially collapsed the Terraform Labs ecosystem, Do Kwon landed at the epicenter of one of cryptocurrency’s largest meltdowns. The May fall rocked confidence in the digital asset market, which has not fully recovered from the damage.

Lunatics was used by Do Kwon’s supporters as a name to designate themselves in connection to LUNA, the native cryptocurrency that was a component of the ecosystem he worked on developing. The total $60 billion that LUNA and UST originally demanded have fallen to almost nil in value.

Due to Terra’s collapse, regulatory oversight of stablecoins, which are digital tokens backed by currencies like the greenback, has increased in both South Korea and the US. Stablecoins make it simpler to shift money to cryptocurrency exchanges and are a preferred tool for investors looking to lodge capital aside from more unstable cryptocurrencies.

Prosecutors searched Daniel Shin’s residence two months ago as their investigation into claims of unlawful activities leading to the demise of TerraUSD progressed. Daniel Shin is a co-founder of Terraform Labs.

Kwon has declared that he intends to rise to the occasion should his help be needed. Life is long, Kwon stated in a Coinage interview when asked about the possibility of being incarcerated.