CZ  “Half” Jokingly Asks Jim Cramer to Not Use Binance 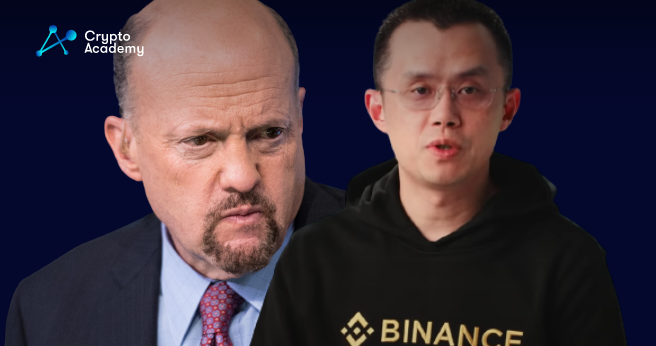 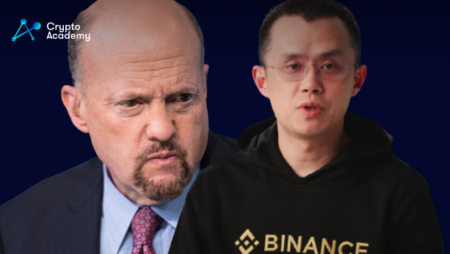 In a recent Twitter thread, Changpeng “CZ” Zhao asks Jim Cramer to not use Binance in a half-comical manner.

Jim Cramer, the host of “Mad Money” and head of the CNBC Investing Club, recently tweeted that he feels “reassured by Binance.

Cramer is long known for his impact on investment markets. At first, Jim Cramer proved quite successful in terms of price speculation, where all of his recommended investments pumped in a fast manner. This was known as the Cramer Effect.

Nonetheless, as the opposite started to happen, where almost everything that Cramer shilled or recommended went the opposite way, Cramer’s activity is now known as the “inverse Cramer” curse.

Moreover, Jim Cramer had once stated his admiration for SBF. Recently, SBF was arrested after he misused billions of dollars of customer funds, which led to the bankruptcy of FTX. The crypto community pointed out that this could have been another instance where the inverse Cramer curse was present. Nonetheless, Cramer recently called SBF a “pathological liar” and a “clueless idiot,” despite his previous statements.

Jim Cramer said that he feels “reassured” by Binance. CZ, knowing the power of speculation, replied to Cramer in a comic manner by asking him not to use Binance. CZ says this is “for the sake” of the crypto community. He then adds that he is only “half joking,” as he knows about the Cramer curse.

Binance, on the other hand, has experienced a lot of FUD recently. This came after a Reuter’s report that suggested Binance is under investigation for potential money laundering.

To add salt to the wound, Binance temporarily ceased withdrawals for USDC, which led to even more FUD. However, this was only a strategic move by Binance as a coin swap deal with Paxos.

Either way, things are a bit calmer today as CZ is working hard to diminish the FUD. Some claim that the recent FUD was an “intentional” misinterpretation by mainstream media.