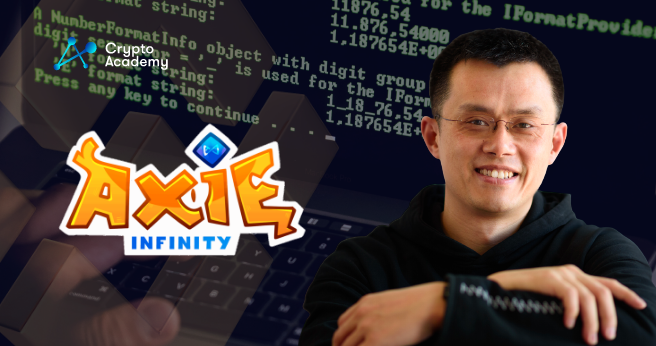 After the $600 million hack of Axie Infinity, efforts to retrieve the stolen funds are still strong.

The team of Binance managed to recover $5.8 million of the funds stolen by the North Korean hackers from Axie, confirmed the CEO, Changpeng Zhao. US regulators confirmed the identity of the hackers as the Lazarus Group, a North Korean outfit connected with the government, following the theft.

Changpeng Zhao took to Twitter on April 22nd to say that the Binance team has recovered $5.8 million from hackers who had transferred a portion of the stolen funds to Binance and dispersed them among 86 accounts although he did not disclose who the owners of those accounts are.

The DPRK hacking group started to move their Axie Infinity stolen funds today. Part of it made to Binance, spread across over 86 accounts. $5.8M has been recovered. We done this many times for other projects in the past too. Stay #SAFU.

PeckShield publicly confirmed that 7.5% of the stolen holdings were laundered by using the Ethereum (ETH) mixer system that distorts transactions, Tornado Cash. The next likely move the hackers could potentially be converting the stolen amounts to fiat currency through Binance or other centralized exchange platforms.

Previously, the Axie Infinity team stated that it was collaborating extensively with cryptocurrency exchanges to recover the stolen assets. Binance directed a $150 million funding round when April began with Sky Mavis, the creator of the game in order to compensate the individuals that were damaged by the hackers.