Why are Central Bankers in El Salvador Discussing Bitcoin? 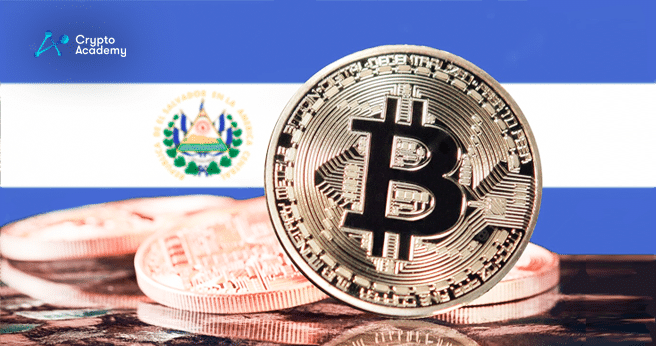 President, Nayib Bukele, tweeted over the weekend that the country will host more than 40 countries this week to address issues such as the Bitcoin (BTC) adoption of El Salvator.

The tweet of the president confirmed that “tomorrow, 32 central banks and 12 financial authorities (44 countries) will meet in El Salvador to discuss financial inclusion, digital economy, banking the unbanked, the Bitcoin rollout and its benefits in our country.”

El Salvador, which adopted Bitcoin (BTC) as legal currency last year and passed a law mandating most retailers to support it, is conducting a symposium oriented towards Bitcoin (BTC) for central bankers. Nevertheless, this is not the truth.

Although Bukele mentioned all the central banks that would be attending the symposium, he did not mention the event’s name. The 25th Digital Financial Services Working Group (DFSWG) and the 18th SME Finance Working Group (SMEFWG) are both taking place in San Salvador between May 16 and May 19.

The Alliance for Financial Inclusion (AFI) encompasses the two working groups. AFT is an organization based in Malaysia that is positioned as “a policy leadership alliance owned and led by member central banks and financial regulatory institutions with the common objective of advancing financial inclusion at the country, regional and international levels.”

The AFI is cooperating with the Central Reserve Bank of El Salvador to host the meetings of the working groups.

However, the notion that these sessions will be primarily focused on Bitcoin (BTC) appears exaggerated, particularly because the AFI event website does not even include Bitcoin (BTC) or cryptocurrencies when outlining the topics that will be addressed by the working groups.

This misunderstanding has caused at least one country to clarify the situation. The central bank of Paraguay (BCP) said in a statement on May 16 that although it is attending the SME Finance Working Group meeting, it is not particularly concentrated on cryptocurrency. A translated version of the Spanish-language BCP announcement says, “the focus of the meeting is not related to cryptocurrencies or the like.” The bank stated that it was issuing the explanation in response to reports that it will be attending an “international event about cryptocurrencies.”

The BCP then emphasized that Bitcoin (BTC) is not a legal currency in Paraguay, citing its previous statements on the subject from 2019. BCP additionally said that “likewise, the BCP does not plan to discuss cryptocurrencies in the said environment or meeting, a matter on which an institutional position has been established at the time.”

As central bank heads address financial inclusion, cryptocurrencies have come up throughout working group sessions. Then again, financial officials in El Salvador are likely to be interested in how the nation’s Bitcoin (BTC) adoption is progressing. However, as one media site put it, this is definitely not “a meeting that may best be described as the Davos for Bitcoin.” It is one of the numerous sessions conducted by the AFI every year that is mostly centered around financial inclusion.