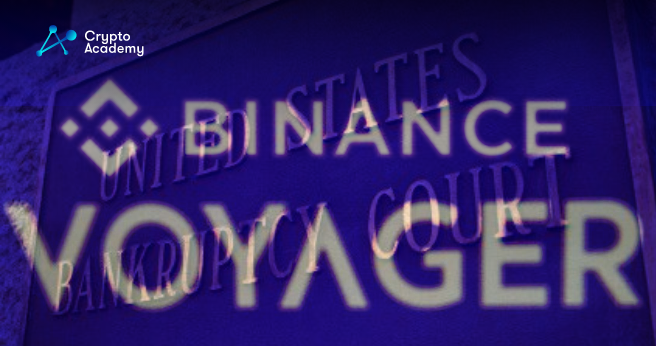 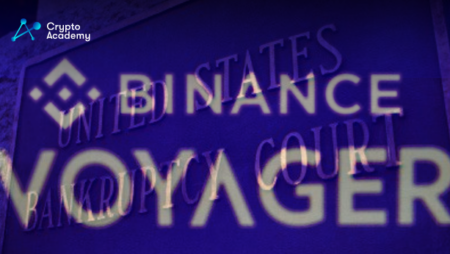 Voyager Digital filed for bankruptcy back in July, blaming the state of the market. Numerous businesses gathered to prevent Voyager from going bankrupt. FTX, a now-bankrupt company, was a strong contender. However, Binance’s US division was successful in getting the court’s blessing for the same.

The news that Voyager would sell its cryptocurrency platform to Binance.US for $20 million was first reported by Bloomberg earlier today. However, the bankruptcy judge’s permission is only the starting step. Both final court approval and the blessing of the creditors are required for the arrangement. The agreement cannot be fulfilled unless US Bankruptcy Judge Michael E. Wiles fully approves the accompanying bankruptcy liquidation plan.

The $1 billion in assets that Voyager is holding on behalf of its clients will be transferred to Binance under the terms of the arrangement. Account holders will then have the option to withdraw their money.

Christine A. Okike, the attorney for Voyager, continued by highlighting the significance of the consumers in this situation. According to the attorney, customers can vote on the Binance acquisition during the ensuing few weeks.

The Voyager agreement with Binance drew a lot of critics. The U.S. Securities and Exchange Commission [SEC], Department of Justice [DoJ], and financial regulators from New York, Texas, and Vermont are included on this list. FTX’s Alameda Research criticized this acquisition while being under close scrutiny.

Based on unproven assumptions, Voyager just continued by calling the criticisms “hypocrisy and chutzpah.”

Wiles rejected the issues raised by the aforementioned organizations. The bankruptcy court stated that after making a few minor wording changes, he would issue a final ruling. By doing this, Voyager will be able to execute a contract with Binance and present a summary of the agreement and the liquidation plan for approval to creditors.

Voyager’s cryptocurrency platform also has $1 billion in assets and 1.2 million clients. This will not change until the bankruptcy case is resolved.